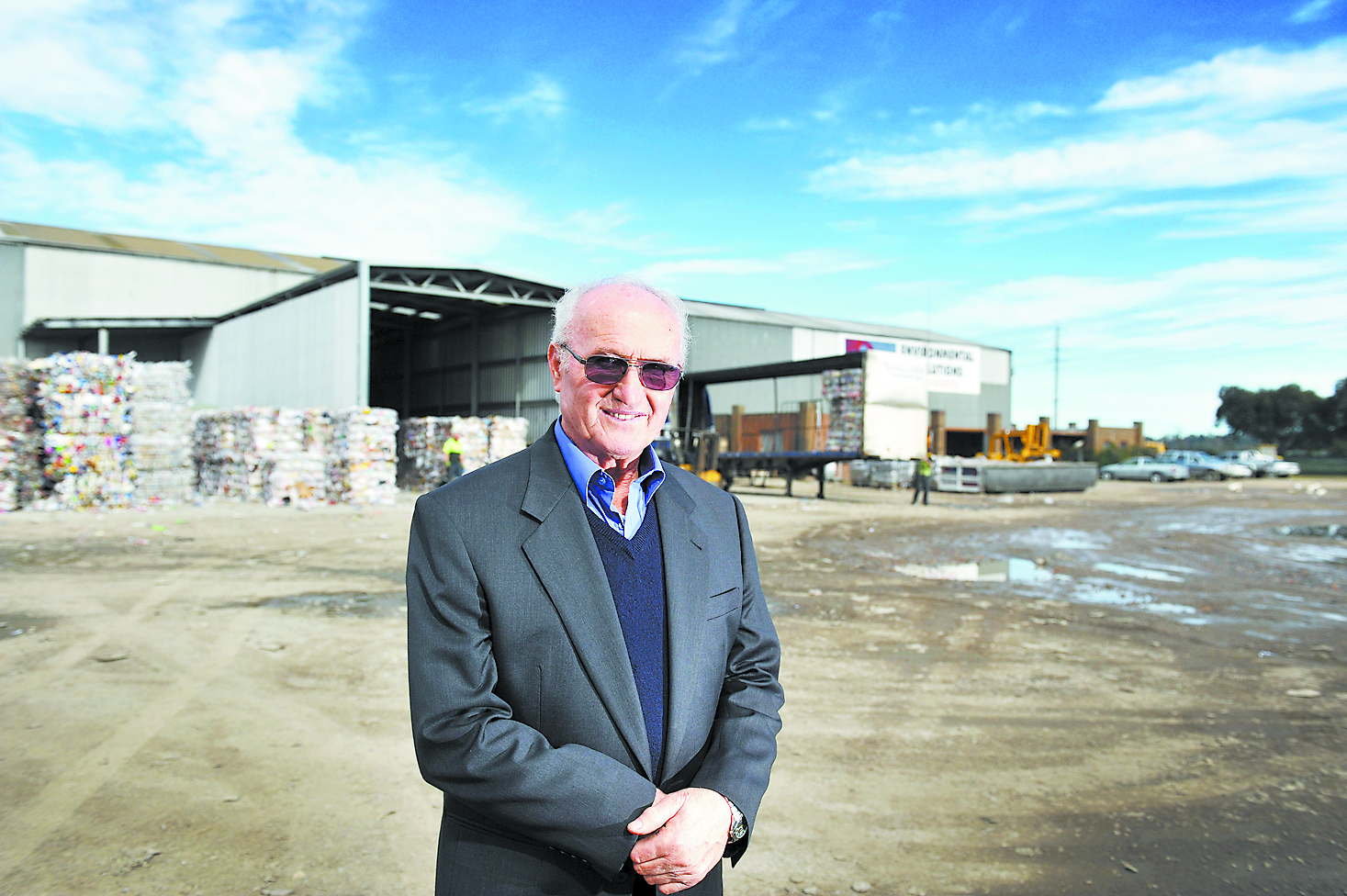 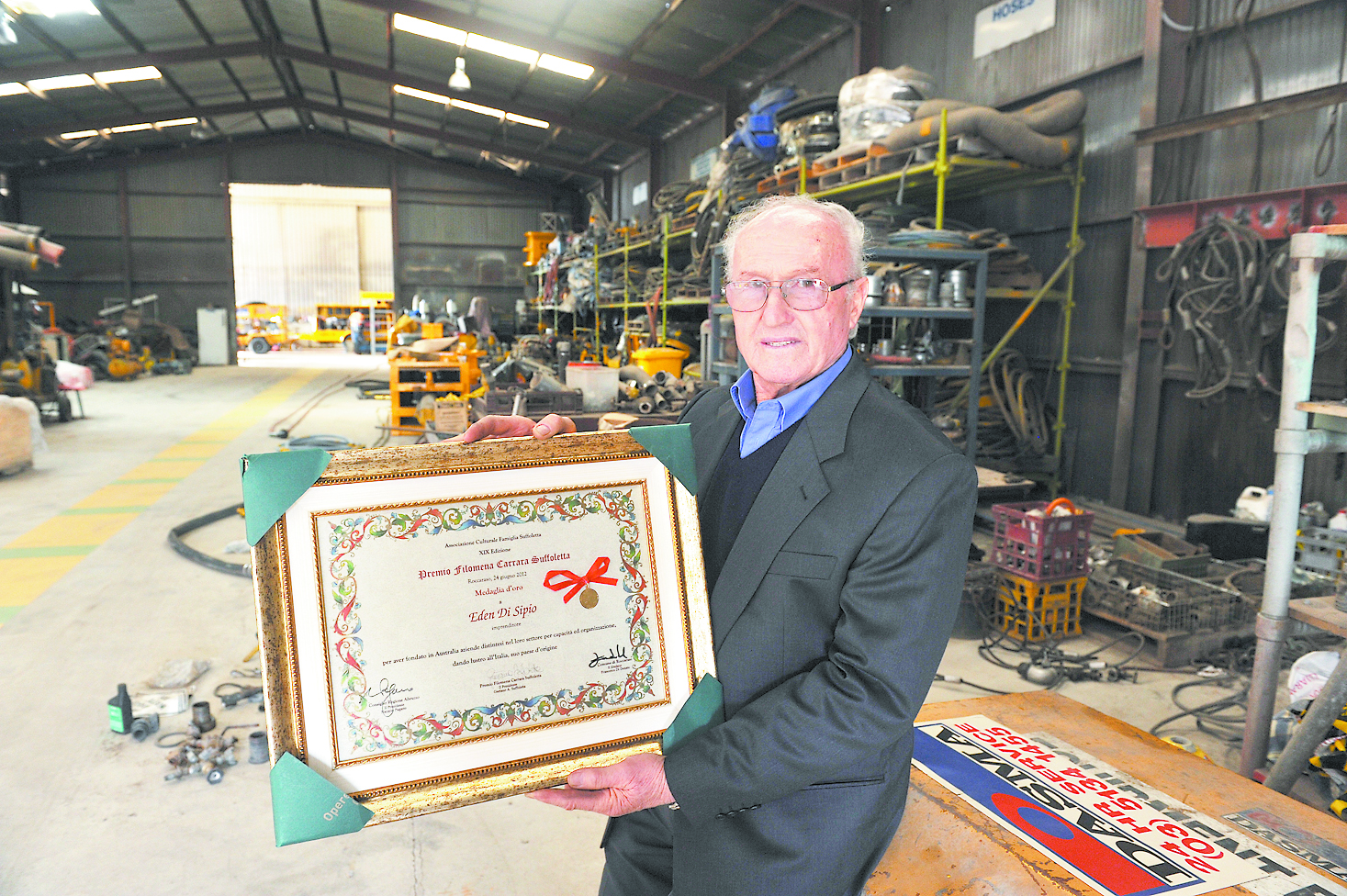 HE may have come to Australia at the tender age of 18 with few material possessions, but Eden “Fred” Di Sipio’s hunger and determination to make a living was his biggest asset.

Now the chair and founder of the Dasma Group in Morwell, the former immigrant has long called the Latrobe Valley home and was recently honoured in his home country of Italy for his successes.

“I was not expecting this, to be awarded; to me, I’ve just been working hard every day of my life,” Mr Di Sipio said.

The “Filomena Carrara Suffoletta” is an annual award now in its 20th year, given to five immigrants who have achieved success in their host countries.

Over the years, almost 100 people have received the award, which Mr Di Sipio said recognised immigrants who had not only achieved success professionally, but were also of upstanding character and had strong community involvement.

He said his whole family had travelled by bus to the town of Roccaraso where he received the award with four others.

Mr Di Sipio came to Melbourne from the Abruzzi region in 1954, and began work as a power line installer with a local company, which he stayed with for nearly two decades.

During that time he also took strides to improve his qualifications, by studying to be a surveyor in night school.

While he was still employed full time, Mr Di Sipio seized an opportunity presented by the Latrobe Valley’s economic boom nearly 50 years ago, deciding to start up an industrial painting and high-pressure cleaning business.

“I saw the demand, and took the opportunity,” he said, adding his family had a background in the industrial painting business.

Today, Mr Di Sipio’s staff stands at 60, and he has expanded the business into waste management.

According to him, around 70 tonne of recyclable waste from Latrobe City and South Gippsland Shire came in every day for processing.

The longtime Morwell resident, who turns 76 next month, is also known to occasionally get back into his overalls to help out and do what needs to be done.

Speaking on whether he intended to retire, Mr Di Sipio said, “my son says he thought I retired 10 years ago.”

“I don’t mind hanging around; I know where everything is,” he said.

“I hope the company remains as good as (the level) I brought it up to.”

Asked what his secret to success was, Mr Di Sipio credited his supportive family.

“It’s about commitment, working hard, having a plan, and most importantly, respecting your workers,” he said.

“Consider your workers as part of your family; you rely on them to tell you things because you can’t see everything.”

His words of advice to other fellow migrants were: “If you don’t want to work hard, don’t come”.

Mr Di Sipio went on to explain that for migrants from other countries trying to make a living, more prosperous countries were “like paradise”.

“Just work hard, don’t say ‘because I don’t like it, I won’t do it’, be determined and honest… it’s as simple as that.”

When asked about the name on his handsome new plaque, “Fred” said when he came to Australia years ago, some guys had told him when he introduced himself as Eden, “bugger that, we’ll call you Fred”.