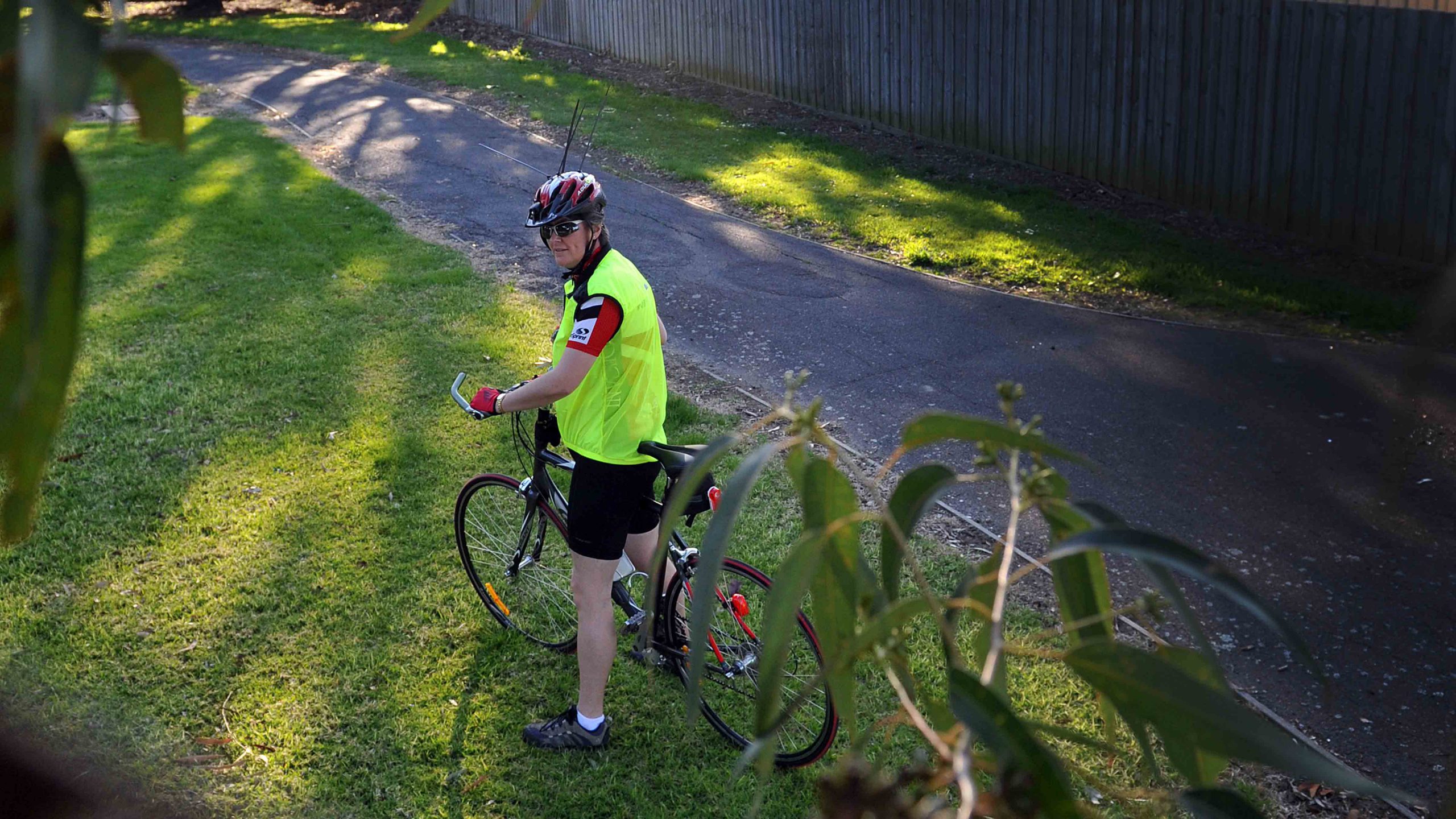 As nesting season begins Latrobe Valley cyclists and pedestrians are being warned to be on the look out for swooping birds.

Traralgon and Morwell Pedallers member Michelle Colwell was recently attacked while cycling along the Glengarry Road, although she said she had not heard of any other attacks among other TRAMPS cyclists.

Ms Colwell said she had tried a variety of techniques to prevent being swooped, although she still had trouble with the protective birds.

“I’ve tried everything, but they always seem to pick me out of the pack,” Ms Colwell said.

Ms Colwell said she believed the best approach towards handling these birds was to “be vigilant”.

“You can usually hear or see them coming, and continue to ride in a steady straight line,” she said.

“It’s scary when it happens, but there’s not much else you can do.”

The Department of Sustainability and Environment has released its ‘Swoop Off Kit’ to assist the community.

A highlight of the toolkit, is the Victoria Magpie Map, which pinpoints hotspots for bird swooping areas.

DSE wildlife officer Melanie Plummer said people could enter the location of the protective birds on the map or tweet via @DSE_Vic on the #swoopvic hashtag.

The kit also contains a warning sign, a bird swooping fact sheet, and a printable set of eyes to stick on helmets.

“Walkers, joggers, bike riders and kids on their way to school were the most common targets of swooping birds and the experience can be quite scary,” Ms Plummer said.

The best method was to avoid the areas altogether, although Ms Plummer said this was not always possible.

“If you do end up in an area where there is a swooping bird, try and protect your head and eyes, and move quickly through the area,” she said.

“For the less style conscious, try sticking a set of eyes to the back of your helmet or hat, tie cable ties to the top of your helmet, put an ice-cream container on your head, or put a big wig on, this will make you seem bigger to the swooping bird and may scare them off.

“No-one likes to be swooped by a territorial bird, but unfortunately this is just normal bird behaviour.

“They are swooping to defend their eggs and young, and their territory may include your backyard, the park across the road or the local schoolyard. If they perceive you to be a potential threat, they may swoop.”

Ms Plummer reminded readers “whether you live in the city or the bush, we share our environment with native birds and people must remember not to harm them because they are protected under the Wildlife Act”.

“What we don’t want you to do is try and scare or attack the bird, It is illegal to harm native wildlife and an aggressive response can make swooping behaviour worse,” Ms Plummer said.

The Australian Veterinary Association said pedestrians should wear hats and carry a stick or umbrella, which could be raised to fend off an attack, while cyclists should wear a helmet, dismount and walk through the area.

While the most familiar bird to attack cyclists and pedestrians is generally magpies, Australian Veterinary Association president Dr Kimberley Earl said other native birds such as butcherbirds, kookaburras, and plovers “can attack at this time of year”.

“We’re lucky to live in a country where we share our suburbs with such amazing birds, so we simply need to find a way to live in harmony,” Dr Earl said.

The toolkit can be accessed at www.dse.vic.gov.au/swoop