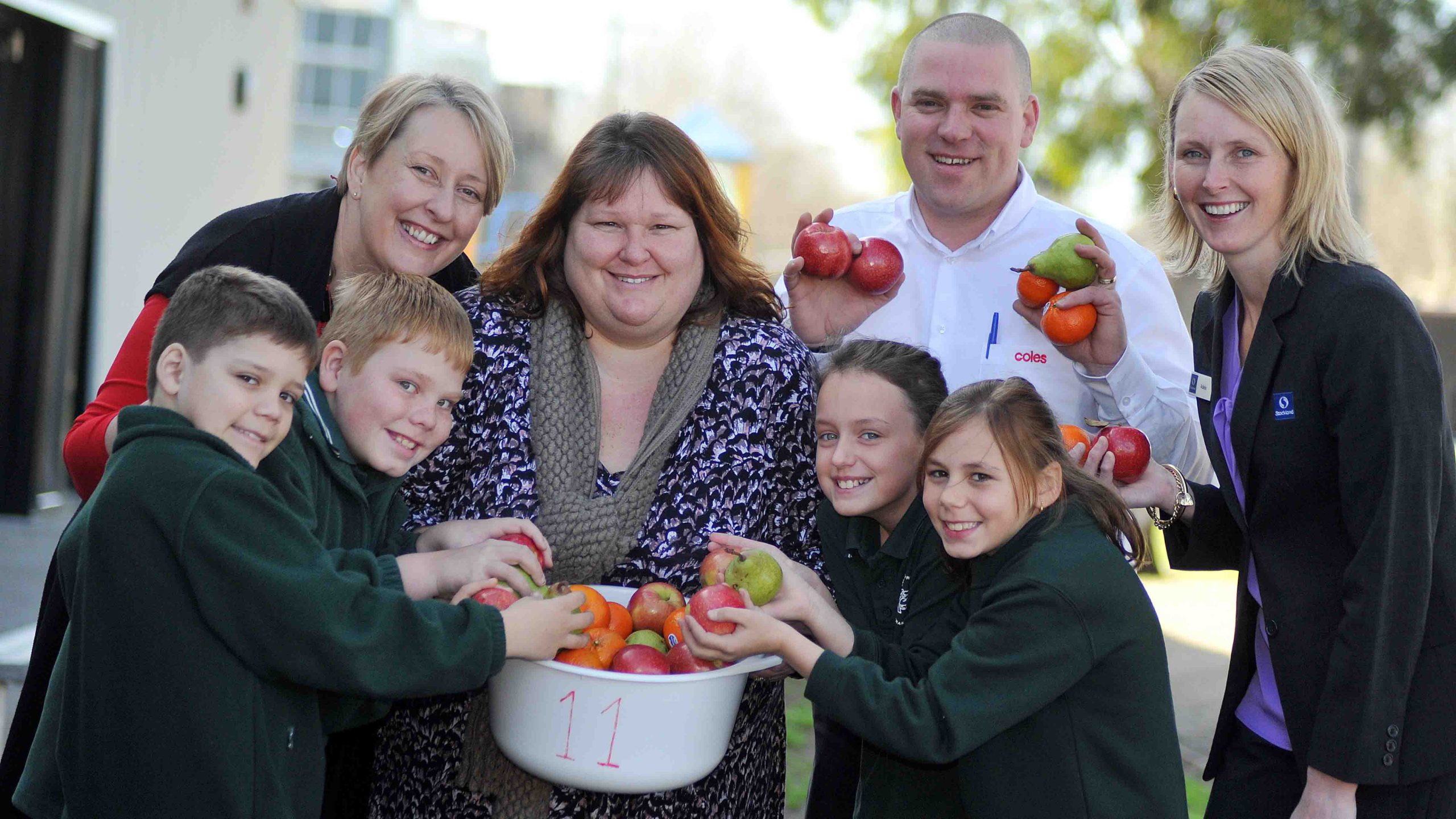 THE community has pitched in to ensure Free Fruit Friday continues at schools, despite the State Government culling the program.

Coles and Stockland Plaza, Traralgon have reinstated the programs at Grey Street Primary School and Liddiard Road Primary School after the government announced it was cutting the fruit program, which cost about $40 per week per school.

The scheme aimed to encourage children to eat healthily, but was recently ended in anticipation of a new $40 million prevention and health promotion program.

“Eating fresh fruit as part of your diet is critical to ongoing good health; it is very pleasing that there are people in the community that have stepped in to continue this initiative,” Mr Mullan said.

“It is a credit that Coles and Stockland Plaza have decided to get on board.”

The program had been offered since 2007 and attracted eight parents weekly who helped distribute the fruit and spread the healthy eating message.

“It is hard to quantify the benefits, but I would say that there has been a benefit,” Mr Mullan said.

“The initative provides a fun, social environment in an educational setting where the teachers support the work that students’ parents do at home.”

The unique program, which offered a variety of different fruits to children, was coupled with an education component, which Mr Mullan said advocated a healthy lifestyle message from a young age. Despite the State Government ending the free fruit program, Mr Mullan said the school would welcome the new health prevention program.

“There are health messages out there all the time about smoking and drinking; this is another part of that puzzle which will help to build up the knowledge to have a healthy life,” he said.

Education Minister Martin Dixon’s spokesperson James Martin said the Victorian Prevention and Health Promotion Achievement Program was a more integrated approach to health education, although a start date for the program has not been announced.

Following a one-year review into the free fruit program, Mr Martin said it was deemed unsuccessful and was not reaching the targeted students.