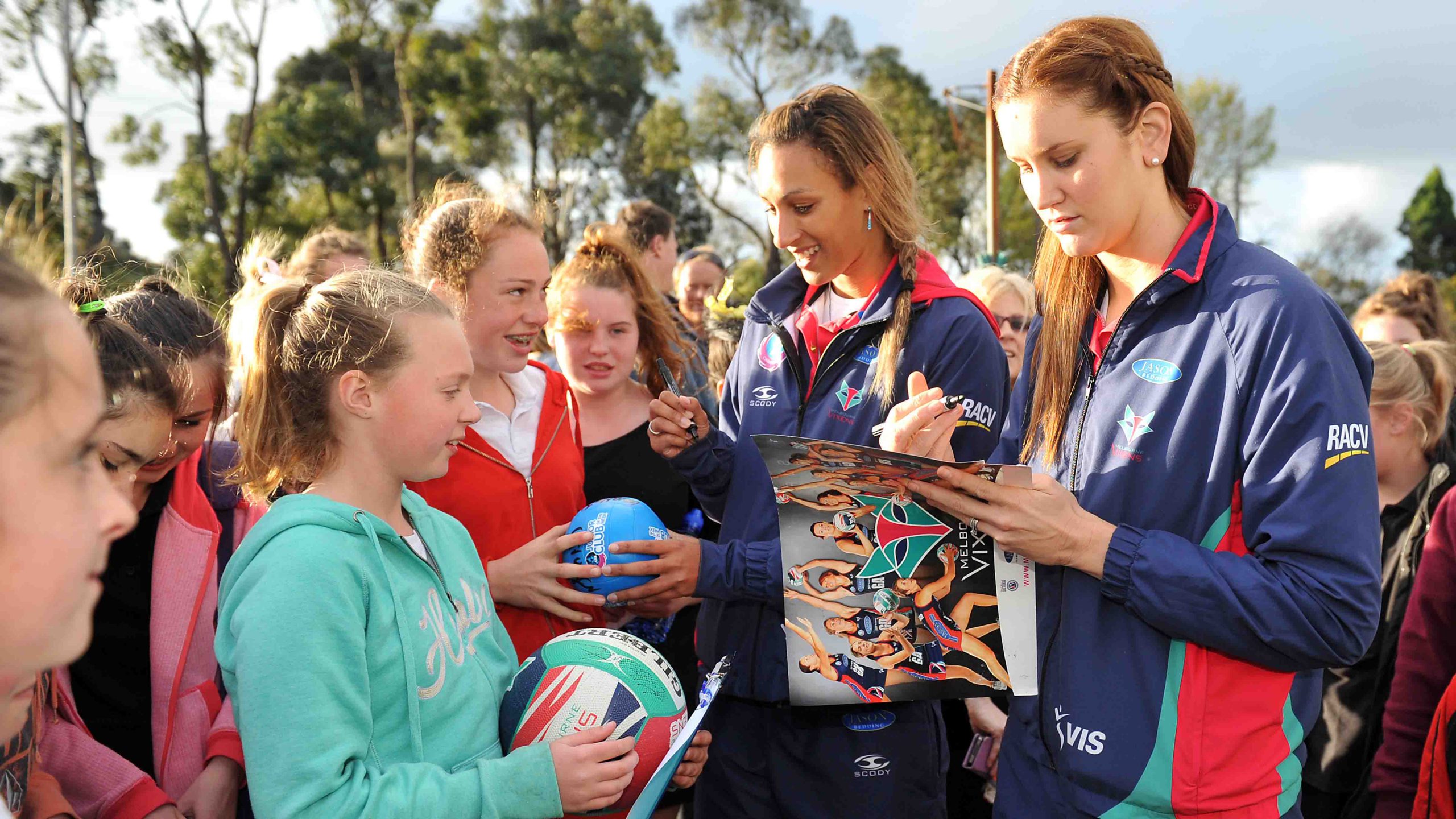 THE stars came out for the opening of Moe Football Netball club’s junior twilight competition on Thursday with Melbourne Vixens’ Geva Mentor and Karyn Howarth in attendance for a meet and greet session.

The netball superstars were swarmed by about 500 eager youths in what they described as a great opportunity to inspire the Valley’s juniors to greater heights in the future.

“Hopefully we’ll see some of these girls running around for the Vixens after we retire. A lot of the girls look up to us and we’re an idol to a lot of them,” Howarth said.

“It’s an opportunity for us to come out here and have a little more of a personal touch with the kids.”

The aptly named England representative Mentor, who has recently taken on a country netball-oriented role within the Vixens structure, said it was a great opportunity to engage with the region’s up and coming talents.

“I think that’s the beauty of us coming out here; yes we can give clinics but then you’re dealing with one or two of us against 50 kids or so, so hopefully we can have more of a personal and intimate experience with them,” she said.

The club’s twilight competition has attracted 50 teams this year, a big step up from last season’s 22 entries. Club president Ronnie Clark said the Vixens’ presence was a huge thrill for the juniors.

“It’s like having a league footballer come down. These girls never get to see them in the flesh… so I am really excited for them,” she said.