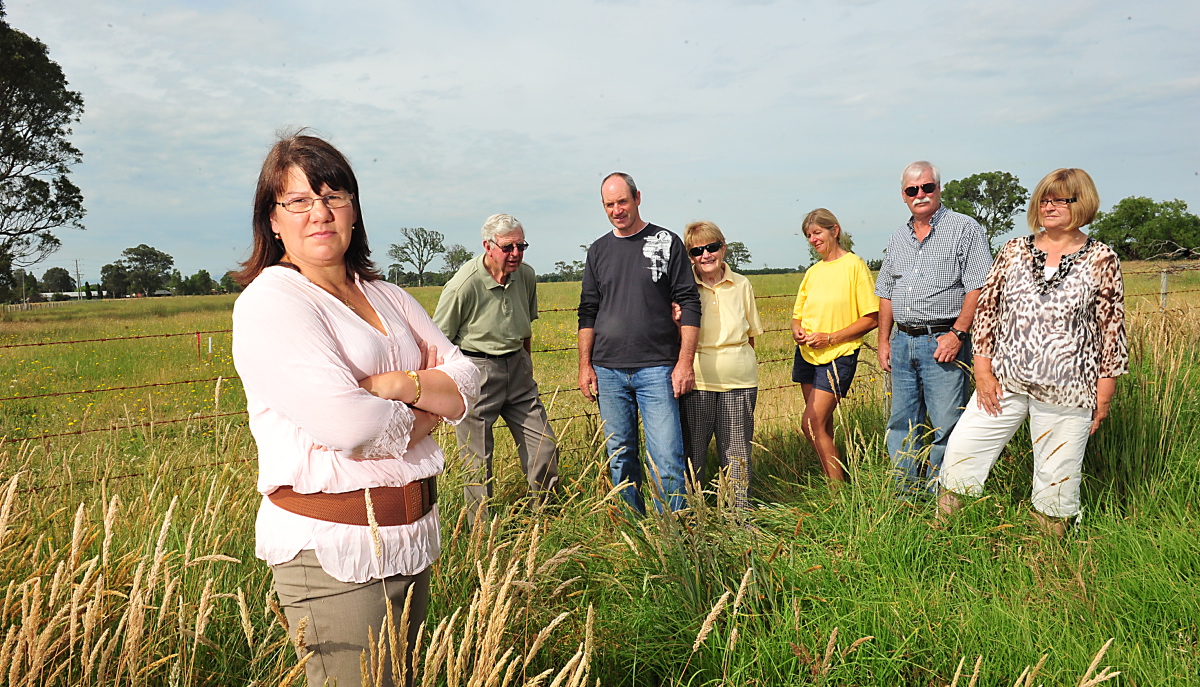 MOST Glengarry residents are unaware a 40-metre telecommunications tower may soon be erected close to the town’s eastern entrance, according to concerned locals.

“Secretive” NBN Co processes meant a site had been selected for the mono-tower after the company negotiated an agreement with one Brooks Lane resident, and without any wider community consultation, several residents claimed this week.

Resident Terry Hart told The Express the Glengarry community had worked hard to see its town “peak” in recent times but 90 per cent of residents did not yet know NBN Co had identified a site just 150 metres from the town’s “lovely welcome signs” – “and right in the public view” – to erect a “monstrosity that will then be there forever”.

Glengarry Community Association secretary Sharyn McAuliffe agreed there had been “no community consultation” about the site, “right on the approach of town, 150 metres off a major intersection”, which “creates ill-feeling”.

Ms McAuliffe said she feared residents would have limited capacity for objecting to a planning permit application for the tower, once it was advertised by Latrobe City Council, since not all of them had The Express delivered, and she believed council was only obliged to formally notify landowners in the immediate vicinity of the proposed site.

An NBN Co spokesperson debated residents’ claims about the tower location, which forms part of the Federal Government’s fixed wireless broadband rollout plans in the region, saying the site was “330 metres north of the town entrance”.

“NBN Co believes the facility is appropriately located given there is already existing infrastructure as way of powerlines and it will be partially screened by established natural vegetation to the north east,” she said.

Mr Hart was keen for residents to understand the height and imposition of NBN towers, supplying a photo to The Express of the same height and type of tower in Trovatello Place, Tyers.

“It’s like putting the (McDonald’s fastfood chain) arch at a town entrance… I just can’t see how people here can work so hard to get the town to the best it has been for a long, long time and they (NBN Co) don’t give a s**t, they just want to plonk this thing down… wherever it is cheapest and easiest for them,” he said.

Both Mr Hart and Ms McAuliffe called for NBN Co to show “flexibility” in its processes and consider alternative sites, with Mr Hart suggesting “even 250 to 300 metres further down Brooks Lane” would be preferable.

NBN Co said it had investigated other locations along Brooks Lane “however the one we are proposing was in agreement with the landowner”.

With just one site in the town identifiedand pegged, Mr Hart said “I think they (NBN Co) think this is a done deal”, but added “they should have to come up with alternatives that get (the tower) out of our faces”.

Mr Hart said he believed complaints directed to NBN Co sub-contractor Visionstream to date had been “fobbed off”, leading residents to feel direct protests were “a waste of time”.

“I have impressed upon NBN Co the importance of having consultations with the community and talking to them about the most appropriate locations (for towers) – in any community,” Cr O’Callaghan said.

“I am actively involved in working with the community to try to find where they consider to be the best location for the tower in Glengarry.”

Latrobe City Council said it had received 12 applications related to the NBN rollout and had sent out “a number of further information requests” over some of them.

She said applications would be advertised with a sign on site, correspondence to adjoining landowners and a public notice in The Express.

“Submissions can be made in writing to council and will be given due consideration as part of the assessment process,” Ms Jeffs said.