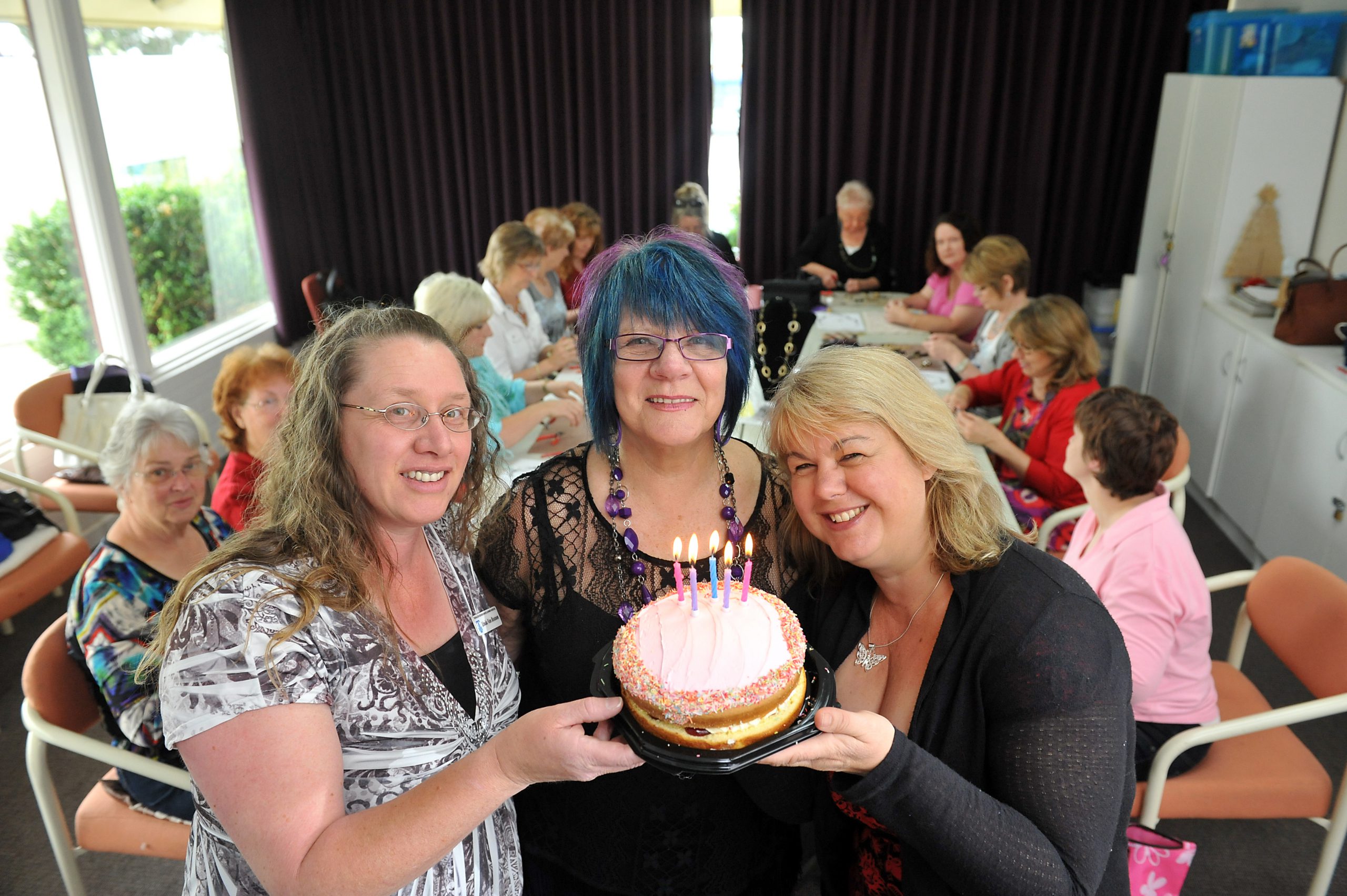 INCLUSIVENESS, sense of worth and community spirit was celebrated as part of the 35th anniversary of the Traralgon Neighbourhood Learning House.

About 100 people recently packed into the Traralgon Returned and Services League, including Latrobe City Mayor Sandy Kam, State Member for Morwell Russell Northe and past and present students, to commend the centre’s success including volunteering, student dedication and igniting community spirit.

After a group of community-minded people identified the need to support those without a strong support or family network, the centre was established on 21 November 1977 as the Traralgon Community Drop-In Centre, which adult education officer Julie Callahan said continued to thrive 35 years on.

During the celebrations a Community Spirit award was given to Jan Mooney recognising her dedication and generosity towards the centre, to Alec Robertson for his extensive contribution towards volunteering, and six awards to students for completing certified computer courses.

“A lot of people came (to the celebrations) who are strong supporters of what the house does,” Ms Callahan said.

“A lot of people who attend came to the house years ago, it was fantastic.”

Ms Callahan said the house had played a large role in many success stories within the community of people approaching the centre for support and help, and then going on to seek full-time work.

“There was Dave who came in and was new to the area, he was unemployed and just left a relationship, he was in a pretty bad way when he came in,” she said.

“We enrolled him in a computer course, we helped him with some literacy as well put him in an Alcoholic Anonymous group because he was a recovering alcoholic.

“Before he came in he had nothing, no house or anything.”

Ms Callahan said, with Dave’s dedication as well as the house support, he was able to find accommodation and employment.

“He needed help and he wanted to help himself,” she said.

“He was coming here every week regularly and he reached some pretty low points and struggled through.

“He is now in a new relationship, has a house and is now employed.”

Ms Callahan said Dave’s story epitomised what the house stood for in the community and proved with support, anyone could get on their feet and find the opportunities they desired.

“There is a lot of isolation within the community so we try and offer a friendly and safe support environment for everyone to come along and make new friends,” she said.

With more than 500 people walking through the doors every week, 70 weekly courses on offer and frequent community support groups attending, Ms Callahan said the centre had a lot achievements to celebrate.

However, she said the centre had faced financial challenges providing the opportunities and courses within the community.

“We are reliant on government funding so that is always interesting,” Ms Callahan said.

“The funding isn’t as readily available as it used to be and we lost some funding a few years ago, but the community rallied around us.

“It is all about being a big part of the community.”

Traralgon Neighbourhood Learning Centre coordinator Jenny Poon said the celebrations recognised all who contributed to the house through the past 35 years.

“It was lovely to have people involved in the house previously attend, we had previous students tutors and committee members,” Ms Poon said.

“The house is still thriving after 35 years in the community.”

Ms Poon thanked the RSL for supporting the event by dedicating the venue and staff.