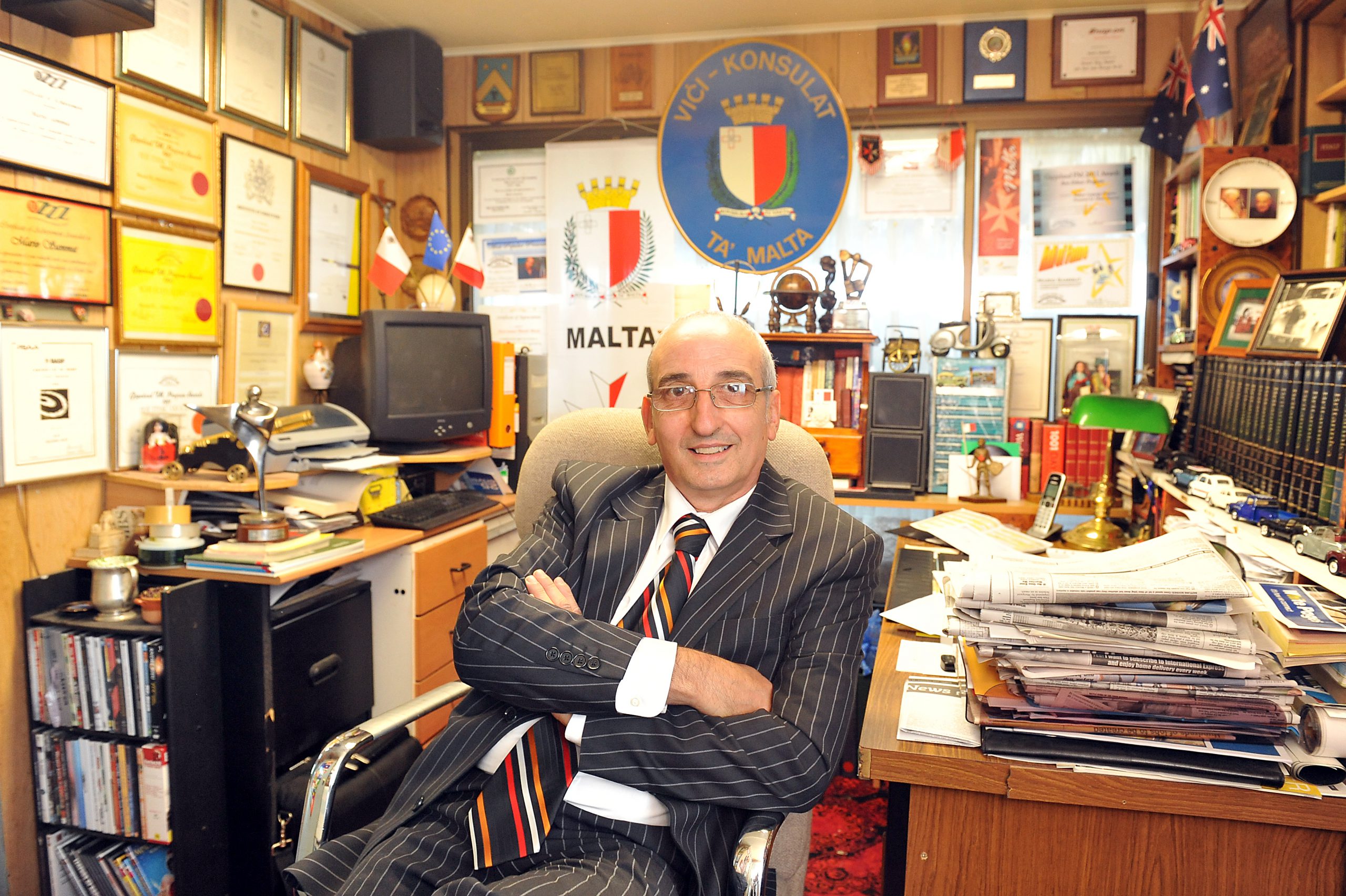 Morwell resident Mario Sammut was “surprised” to receive an order of Australia medal after more than 25 years of service for the Maltese and wider community.

Mr Sammut is a radio broadcaster on Gippsland FM and Honourary Vice-Consul of Malta in Gippsland; the walls of his office are lined with achievements and awards to show for his years of dedication.

The 62 year-old said it was an honour to receive the award last week and it was something he never expected.

“It gives you a chance to change the attitudes of people who wake up and maybe feel worried about things; to put a smile on their face.”

Mr Sammut migrated from Malta to Australia in 1983 and has been living and working Latrobe Valley since 1986.

He established the Latrobe Valley Maltese Community Centre in 1987 and as president found it a home at Maryvale Reserve after raising $150,000 from the Maltese community.

Holding many different paid jobs over the years, Mr Sammut said his passion had always been with his volunteer work.

“Whether you like it or not you have to work (for a wage), but when you are doing voluntary work you can stop at anytime, but because I’m enjoying it, I don’t look at it as a burden; it’s something that I want to do.”

Mr Sammut will receive the medal at a ceremony early next year.