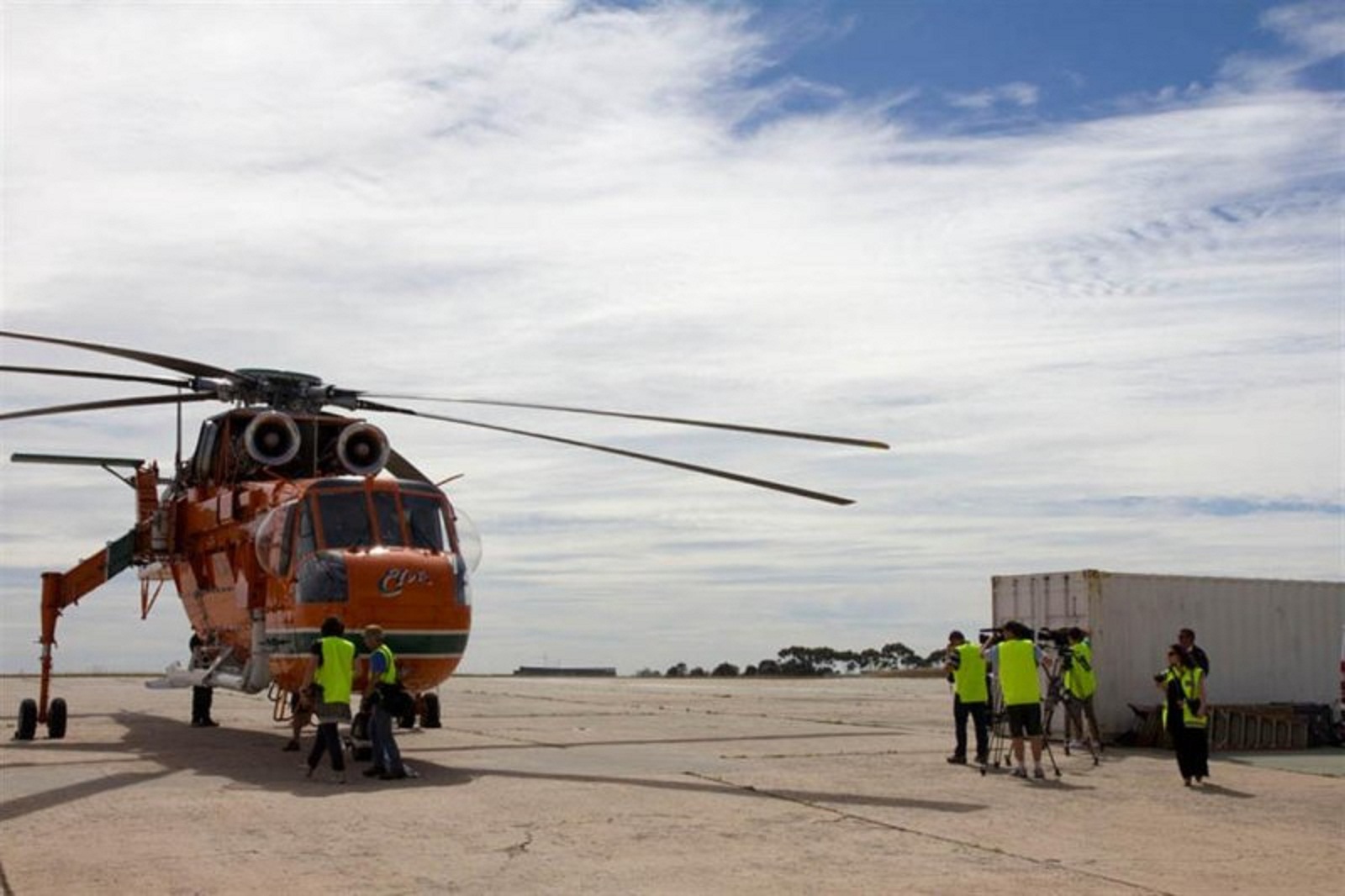 FIREFIGHTING aircrane Elvis is ready for action from its base at Essendon airport this summer, and will be joined by a second aircrane, Gypsy Lady, which will be based in Ballarat later this month.

“Elvis and Gypsy Lady can carry up to 9000 litres of water or foam and reach a cruising speed of 200 kilometres per hour,” Mr Ryan said in a statement.

“Two Sikorsky helicopters, which can each carry 3500 litres of water, have also been brought in especially for the summer period and will be based at Mansfield and Colac. These four machines are the powerhouse of a fleet which will assist with bushfire first attack, major fire suppression and support firefighters on the ground this summer.”

The Aircrane and Sikorsky helicopters are co-funded with the Federal Government through the National Aerial Firefighting Centre, according to a release from Mr Ryan’s office.

The makeup of the fleet this year is the same as it was last year.

Ms Roxon said smaller fire bombing helicopters and fixed wing aircraft have already been deployed throughout central Victoria to respond to the increased risk of grassfires in that region.

“This is the first summer fire season where we’ll have helicopters based at Hamilton, Healesville and Shepparton,” Mr Ryan said.

“A further 150 aircraft are ‘on call’ and can help out in Victoria if required.”