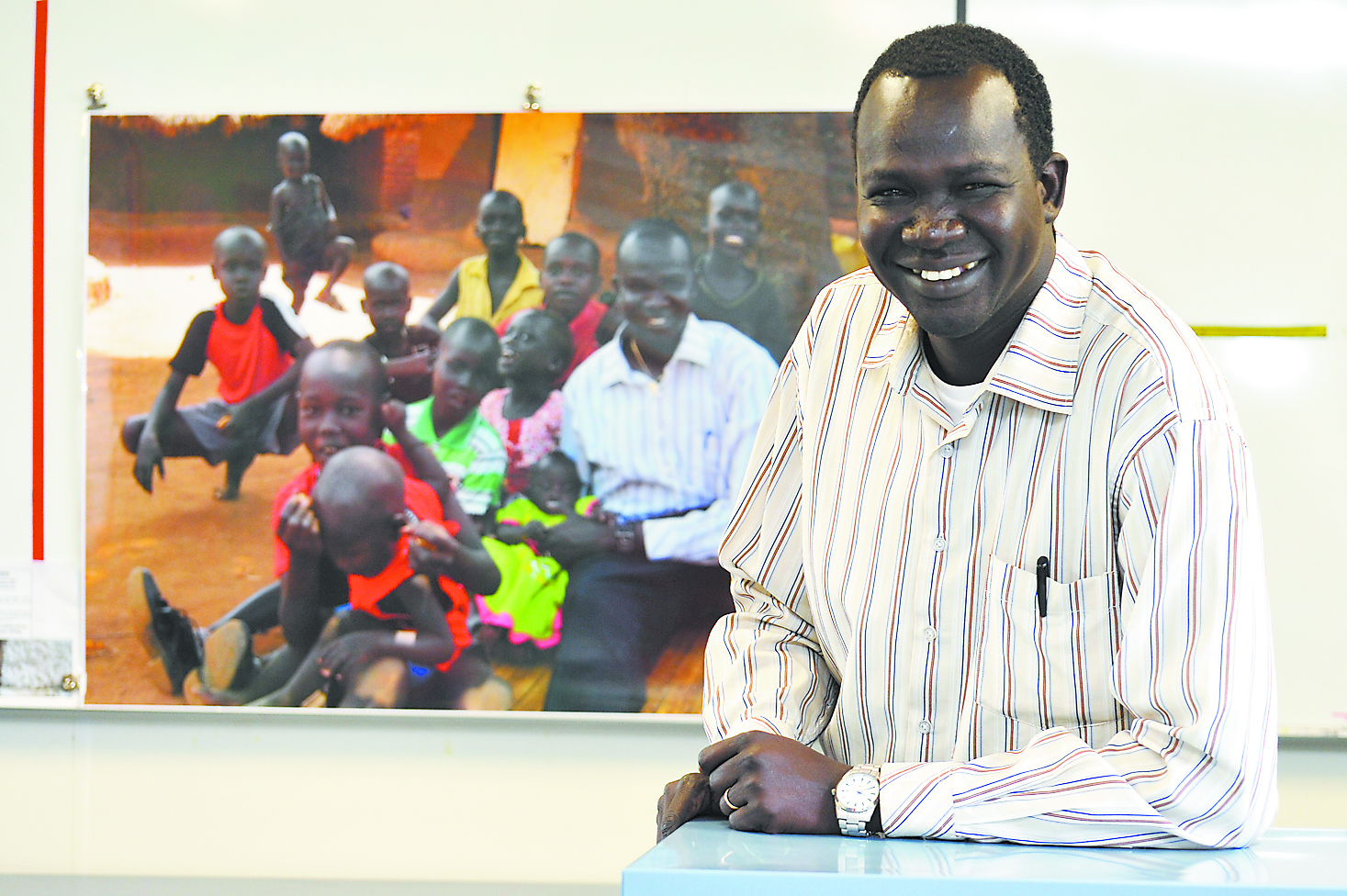 FOLLOWING in the footsteps of a former “Lost boy” of Sudan, Latrobe Valley Refugee Action Network is practising what it preaches and travelling to South Sudan to establish an orphanage for homeless children.

The devastation Reverend Abraham Maluk felt during a visit to his war-torn village of Bor in 2010, was inspiration behind the establishment of Bor Orphanage and Community Education Project, a local charity aiming to raise $150,000 to open an orphanage and boarding school for the homeless children of Bor.

“We are happy there is now a real possibility for peace in South Sudan,” BOCEP member Sharon Sandy said.

“We want to do our bit to help those who are marginalised, with a particular emphasis on the orphan children, who have no one to help them.

“We chose to become a part of this trip because we have come to love and respect the local Sudanese people, understand their plight and to have a real empathy for those left behind.”

Ten BOCEP and LVRAN members have been working with the government of South Sudan, the governing body of Bor village, local community and the orphan children since arriving in the country on 29 December.

Ms Sandy’s spoke of major tragedies of “catastrophic proportions” which inspired her to help, including the death of four very young girls who gave birth in Bor village, each of the girls passed away in childbirth with only one baby surviving.

“I don’t know what we can do about incidents such as this, but by setting up some supports in the village, everyone benefits,” she said.

“We hear of the devastations and traumas our local refugee families have lived through and we hear of the struggles they still undergo to put past traumas behind them and to support people back home.

“It is not easy for families to support loved ones when they are trying to make a new life in another country.”

She said the proposed project would act as a community education centre, providing the tools to educate the wider community to become a more resilient village.

BOCEP recently received a large donation to purchase sewing machines for young woman, which Ms Sandy said aimed to empower them while providing income and a future.

BOCEP aims to break the cycle of poverty and raise thousands of dollars through school fundraisers, individuals, corporations and churches to support the cause.

Many of those travelling to South Sudan are part of the LVRAN, and will work with the government of South Sudan, the governing body of Bor village, the local community and most importantly, the orphan children.

The committee has acquired land through the government as well as purchased three tents for accomodation, which Ms Sandy said would immediately enable BOCEP to put a roof over the children’s heads, provide shelter and a degree of safety.

“We hope to source a couple of local ladies, prepared to act as house mothers to the orphans,” Ms Sandy said.

“These ladies will cook for the children and take care of some of their most basic needs.”

Through their involvement with the LVRAN, Ms Sandy said after talking and educating the local community about the refugee journey, it was time to immerse themselves in the culture and have a first-hand understanding of the challenges.

“Even had we not established BOCEP, I believe we would have travelled one day to South Sudan,” she said.

“Working with the students in our school and getting to know the families and learning about the culture had given us all a thirst for more.

“Being a part of BOCEP has just given us more direction. We know the trip will have its difficult times, but we now have a real purpose and there are some things we can do that will impact directly on the orphan children’s lives in a very real way.”

For more information on the project or to donate go to www.facebook.com/BorOrphanage or