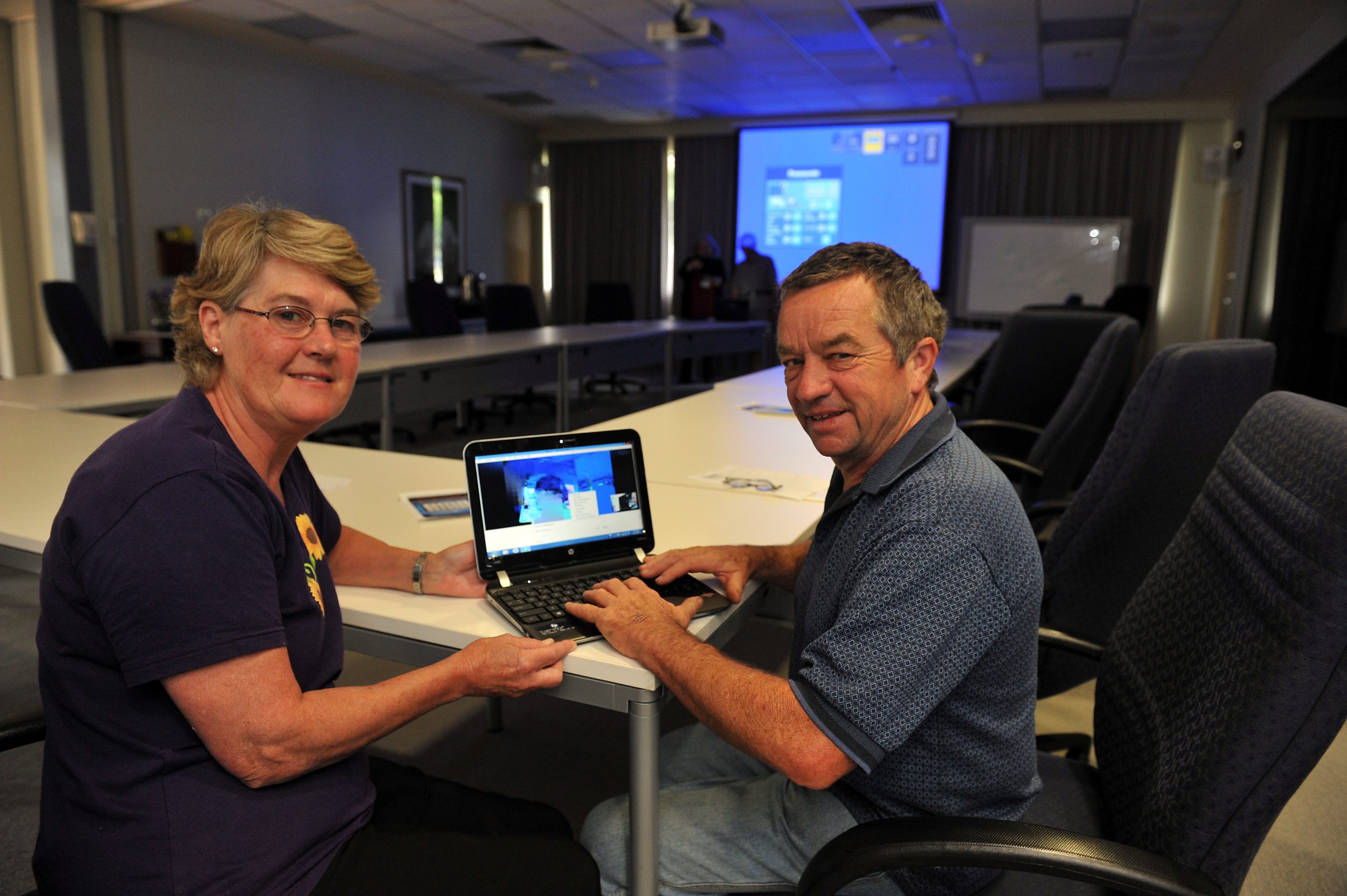 WHEN Jim McDonald walked into Traralgon Library last month he knew what Skype was, but not how he could use it to connect with relatives and friends around Australia and the world.

After an hour-long session, Mr McDonald said he felt he had learned enough “to attack” the internet voice and video communication software when he got home.

Eight seniors attended the free session, instructed by systems librarian Claire Wood, who explained and demonstrated the basics of Skype, including signing up and making calls.

Mr McDonald said the program was loaded onto his computer, but he “didn’t know how to add anybody else on it”.

He said he planned to use the mostly free program to contact his sister-in-law in Adelaide and friends in Cairns.

Some participants were more familiar with the program, but attended to find out more.

Chris and Diane Bowlen had been using the program for about six months and were experiencing the benefits of seeing their grandchildren regularly which, without Skype, would not be possible.

Their grandchildren Daniel, Abbigail and Skye live in Cairns with the Bowlen’s son and partner and before using Skype the families would only get to see each other “once or twice a year”.

“Little kids grow up a lot in that time,” Mr Bowlen said, adding now they video chat with the children every couple of weeks.

“They love seeing us on Skype,” Mrs Bowlen said.

“We play games with them. Diane will be talking to them and I’ll dangle a plastic spider or snake above her head. Every time, they think it’s hilarious,” Mr Bowlen said.

Although the couple were experienced Skype users they said they still got something out of the session.

“We learnt we can use Skype for conference calls and maybe talk to our grandchildren in Cairns at the same time as our family in Melbourne,” Mrs Bowlen said.