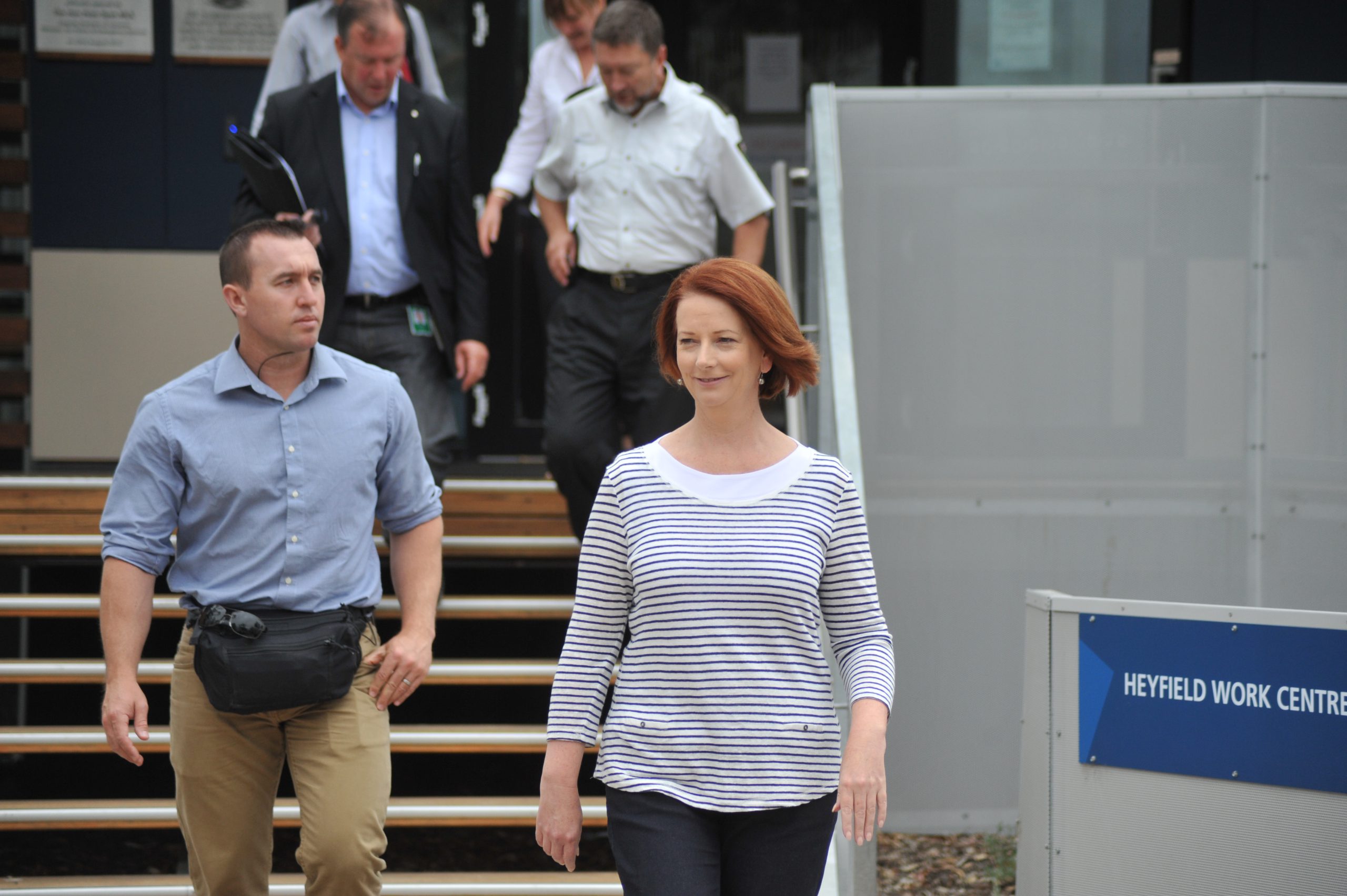 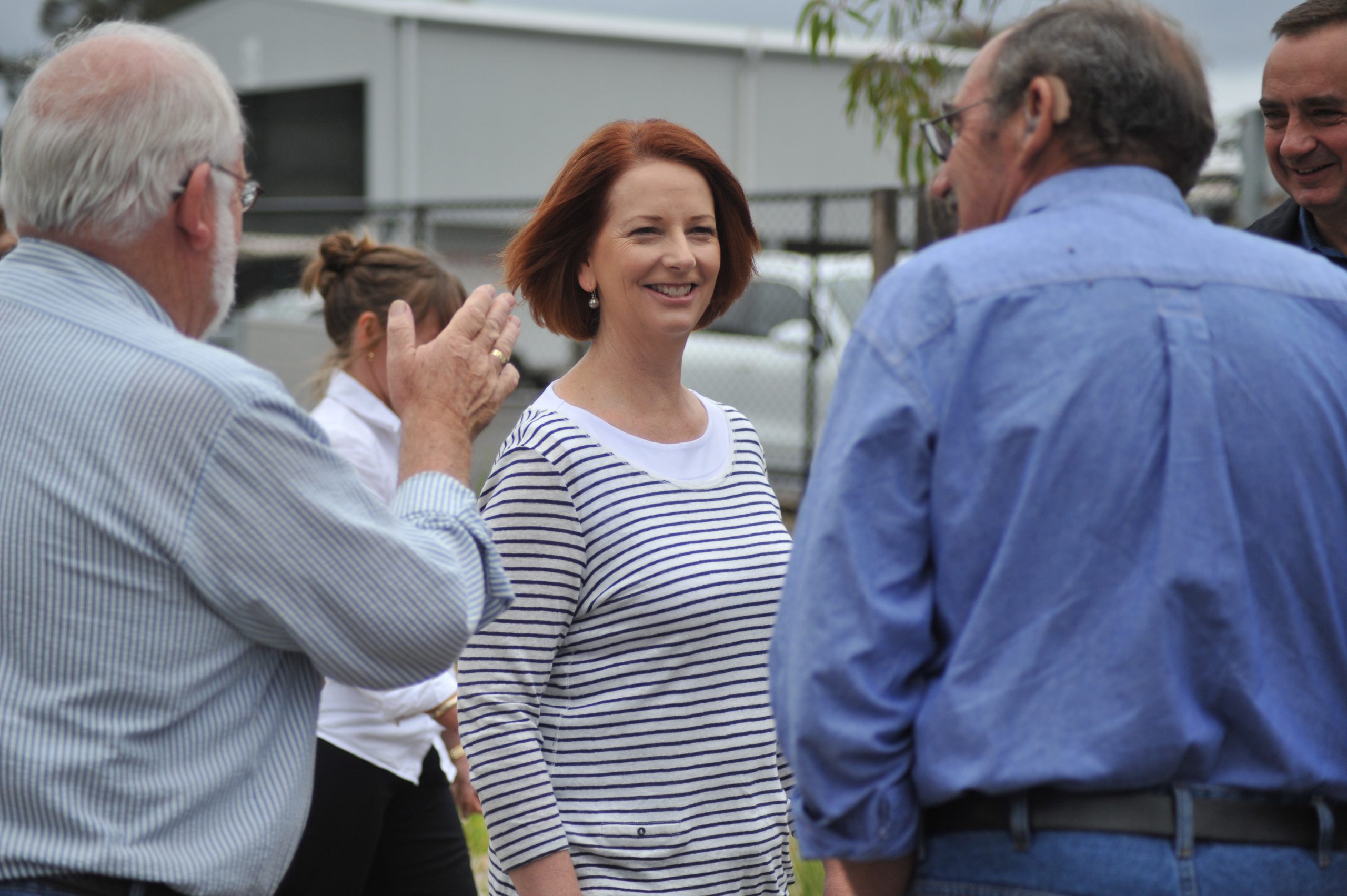 PRIME Minister Julia Gillard joined local politicians on Monday during a visit of the communities affected by the Aberfeldy-Donnelys bushfire.

The Prime Minister attended the Heyfield Incident Control Centre for a briefing with the Country Fire Authority and Department of Sustainability and Environment, before meeting the community at a morning tea in Seaton.

She was joined by Premier Ted Baillieu, Deputy Premier Peter Ryan, Federal Member for Gippsland Darren Chester and State Member for Gippsland East Tim Bull. According to the latest update from the CFA and DSE, while the fire in the Aberfeldy-Donnelys area was still going, it was within containment lines.

Ms Gillard yesterday announced the federal election will be held on Saturday, 14 September this year.