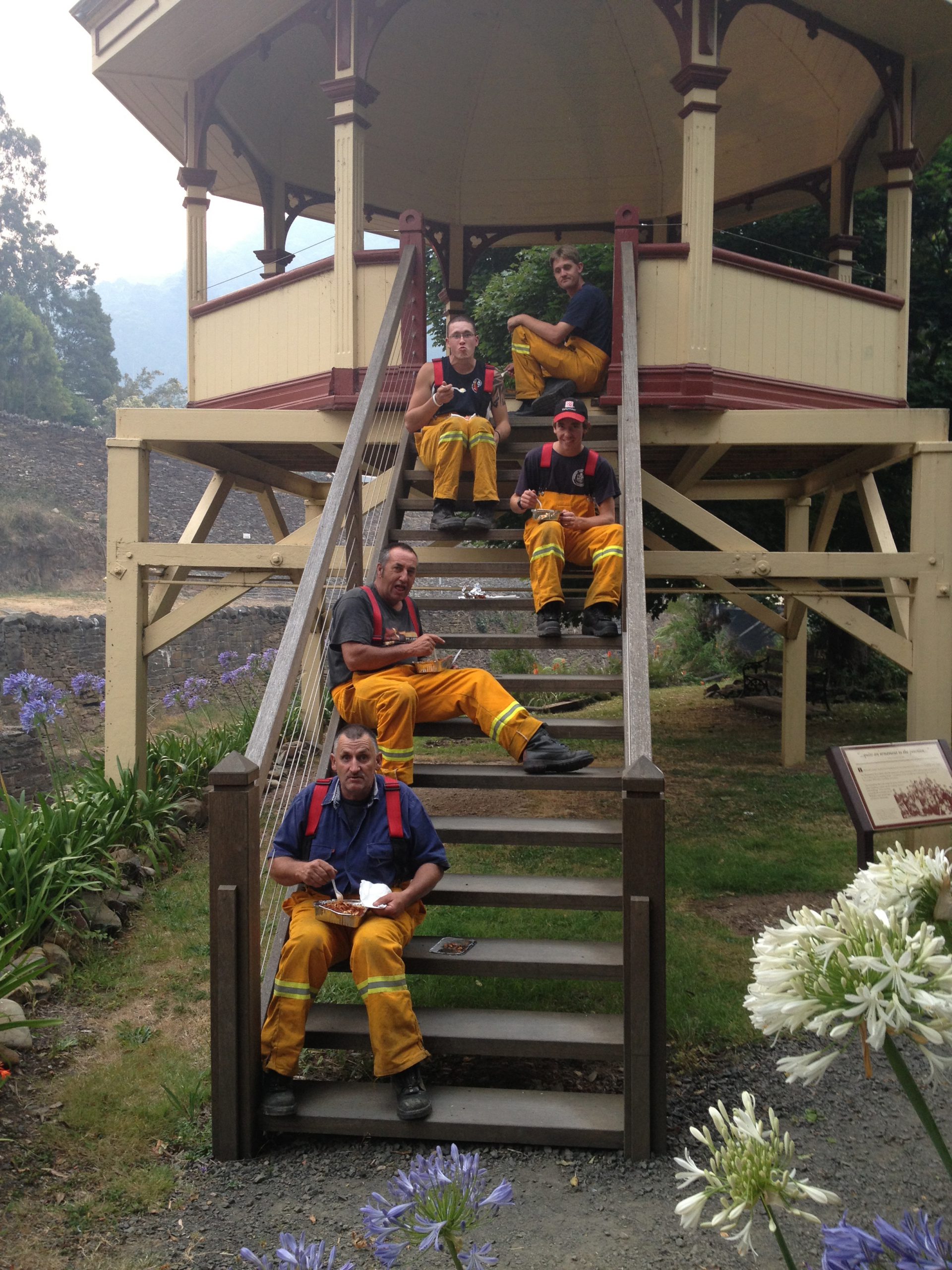 WHEN members of Warragul Country Fire Authority strike team sat down on the steps of Walhalla’s band rotunda and were photographed enjoying dinner they had no knowledge the image would go viral across the internet.

The photograph, taken while Walhalla was under fire threat, went through social media, capturing the attention of more than 19,000 people; a “surprising” feat for the tiny town of 20.

During the Aberfeldy fire Country Fire Authority strike teams were based in Walhalla.

A photograph of the Warragul team was taken on 24 January before it was posted on the Walhalla Facebook page.

The Walhalla Facebook page posted regular photos and updates about the fire to give an “on the ground” perspective of what was going on.

Walhalla and Mountain Rivers Tourism Association president, and the Walhalla Facebook page administrator, Michael Leaney said the Facebook page was “an important part of the communication with the outside world”.

“This page was created during the 2009 Black Saturday fires and proved invaluable during the recent fires,” Mr Leaney said.

During the recent fire activity more than 38,000 people visited the Walhalla Facebook page.

“This may not sound like much, but for Walhalla with a population of only 20 people, spreading the message to 38,000 people is a huge thing,” Mr Leaney said.

“I’m just amazed at how this one photo has really captured the mood of the fires.

“It’s just a snap, it doesn’t include a fire truck or flames, but it shows real life in the middle of a crisis and it’s really connected with people. Now it’s going to be a vital part of the recovery process as we’ve been hit very badly by tourists staying away and many businesses within the town and region are now struggling.”