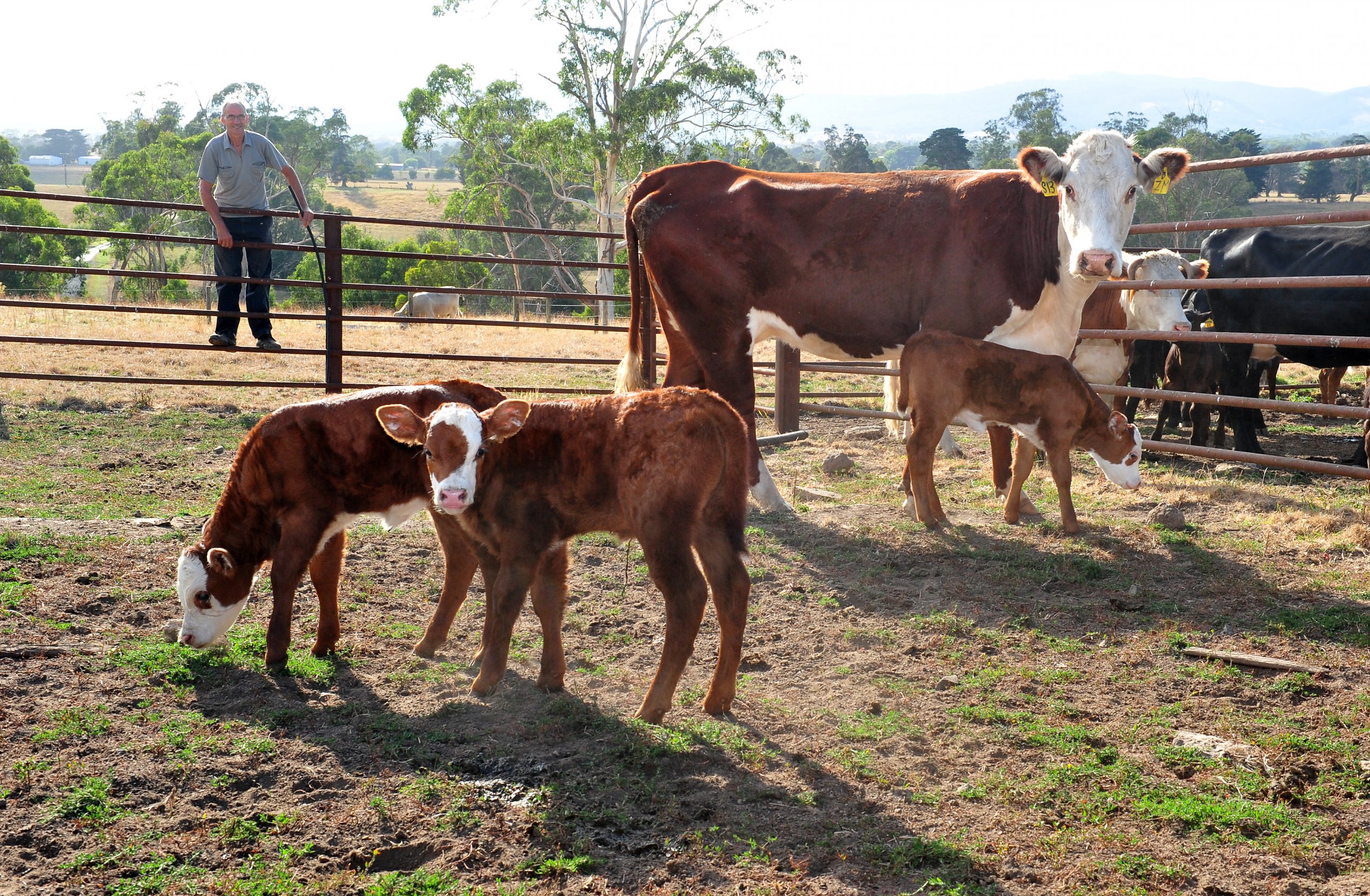 Used to seeing the odd set of calf twins over his two decades of breeding Limousin cross Hereford cattle, Mr Spehar said he was particularly excited when he bore witness to the decidedly rare event.

“I didn’t know there was anything else coming after the first calf; it was late in the afternoon so I went home, but the next morning I told myself I should go see how it was going,” Mr Spehar said. “I couldn’t believe it, to be honest.”

Now two weeks old, the three calves are “thriving and wreaking havoc” in their new home.