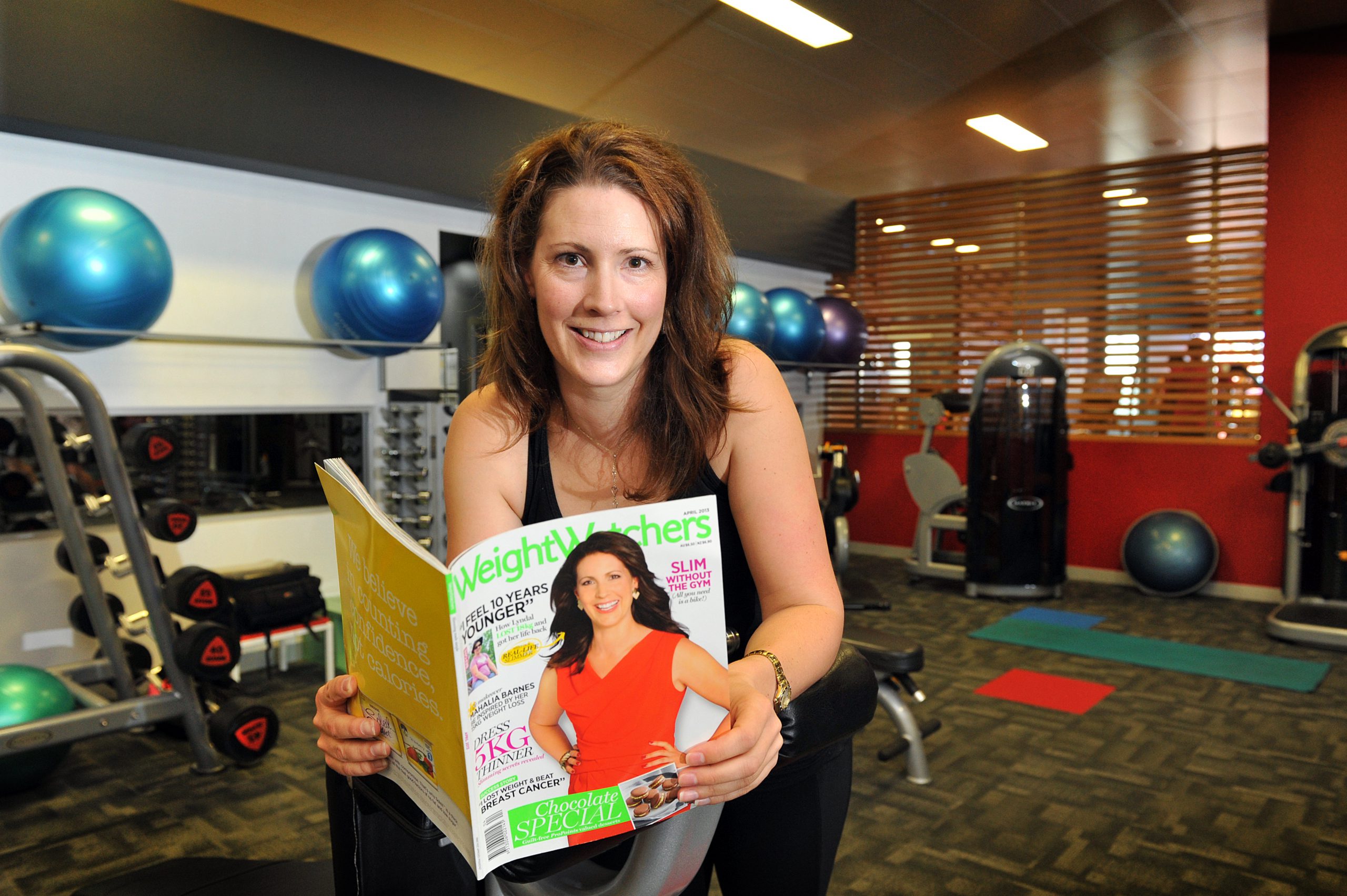 IT has taken Hazelwood North resident Lyndal Pugliese more than 12 years to regain her pre-pregnancy figure, and the mother of three is keen never to go back.

Having lost almost 20 kilograms through online weight management program Weight Watchers over the past year and a half, the former nurse said she still found herself picking out larger sizes when clothes shopping.

“In the past, nothing fitted and I felt so uncomfortable; now I feel sexier and go for nicer clothes and don’t feel like a frumpy mum anymore,” Lyndal said.

The svelte 37 year-old’s success story is one which has been shared with the nation; the self-professed food lover is gracing the April cover of the Weight Watchers magazine.

Following a workplace health check she had arranged for employees of her and her husband’s business, Lyndal was shocked to hear her waistline was too big, increasing her risk of developing chronic diseases.

“We’d been so busy; we had kids and were building a house… we had takeaway a lot,” she said.

“After Christmas 2010, I went to buy new clothes but nothing fit… and I refused to buy size 18 pants.”

The confronting truth on the clothing label prompted Lyndal to sign up for the Weight Watchers program, which her sister-in-law and a colleague were also doing.

“On the first day, I tracked the food I ate and found I was eating double the points allowance,” she said.

“It would be things like taking the kids to the bakery after school and getting something yummy there; I realised I was eating too much,” she said.

“Making the decision to sign up for the program was the hardest thing, but after that I’ve been motivated to keep going.

“I didn’t have a set goal at first; I just thought ‘maybe I could lose 5kg’, which became another 5kg and then another 5kg… it gets easier once you see the results.”

Despite concerns she would not have the time, the busy mum also joined a gym.

Her self-confidence on the rise, Lyndal said she was thrilled to see herself on the front of the magazine.

“I flew up to Sydney at the end of January for the shoot, and had fun; it’s not every day you have a 37 year-old on the front of a magazine,” she said.

“Everyone has been so positive; I feel like I’ve got a lot more energy and I look back at the pictures and can’t believe that was me.”

While she does not have another target set, Lyndal is determined to keep going and set a good example to her children.

“I have a great training buddy and I don’t know if I could have succeeded without her; I’d love to travel more and combine this with fitness,” she said.

“There are so many more opportunities; I want to try everything.”

Lyndal urged others who are want to improve their health to stop putting it off and “get out there and enjoy life”.

“I can understand how you might feel it’s too hard, but make small changes and don’t make it too hard for yourself; set small goals and when you get there, change your goals to make it harder,” she said.