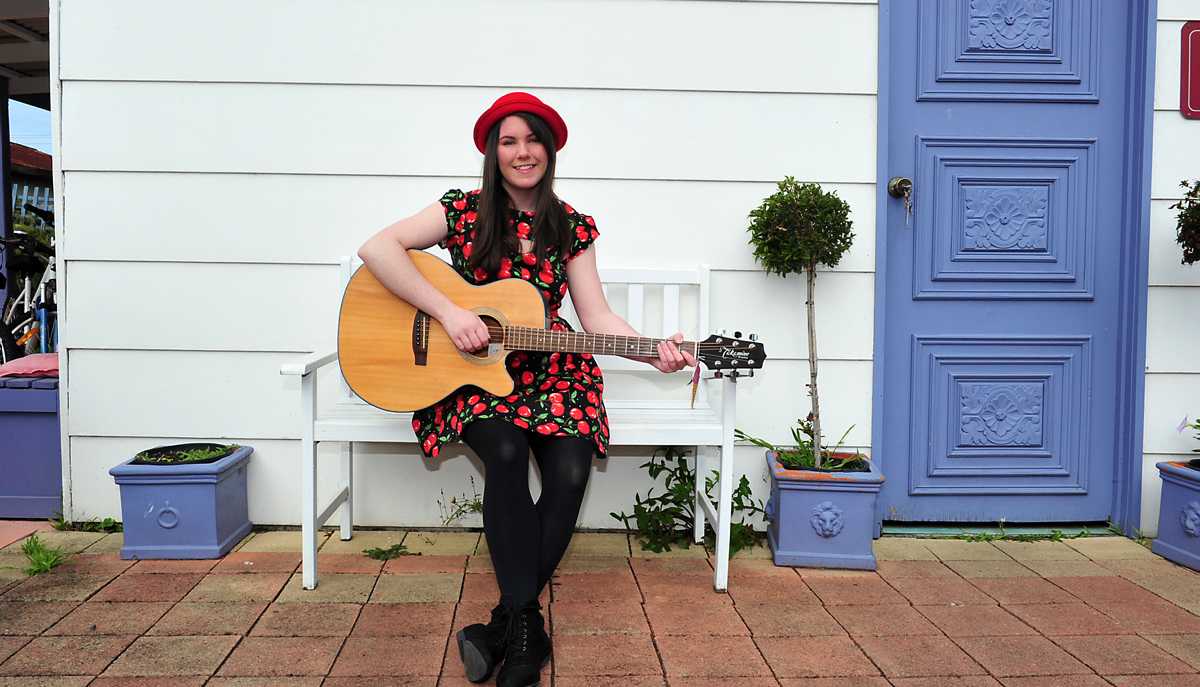 With her sights set on the big time, a young Moe singer gave it one last shot in a competition to advance her musical career and was certainly glad she did.

Twenty year-old guitarist and singer-songwriter Darcy Fox recently made it through a Victorian heat in the Telstra Road to Discovery, securing her place in an intensive music bootcamp in Sydney and the semi-final in Narooma set for October.

Likening her music to that of Ed Sheeran and Taylor Swift, Ms Fox said her success in the competition so far was due to her improvement with practice and age.

“This is a big thing for me because I’ve been trying for a while to do it,” she said.

“I think my songwriting has improved since the last time and my style has changed a little bit and I think I’m coming into my own a little more; I think that would have helped me and my ability with my guitar, I’m practising and growing up a lot so I think it’s improving.

“The judge also said he was very impressed with my perseverance, that I just kept trying – I almost thought maybe I just shouldn’t do it, but I did and it worked out.”

Ms Fox said she was most looking forward to the bootcamp.

“Just going to bootcamp is a huge opportunity because you learn a lot from industry people; you learn not only musical skills but marketing skills and it’s a really good music opportunity and networking too, with the right people,” she said.

Having already recorded an independent album, played at Tamworth Music Festival and produced a music video, Ms Fox said if she won the competition it would be a “huge help” in the development of her musical career.

The winner of the competition will receive a $14,000 tailored music fund, a 12-month mentorship with Mushroom Music, a return trip to the Americana Music Festival and be a support artist in Bon Jovi’s upcoming Australian tour.