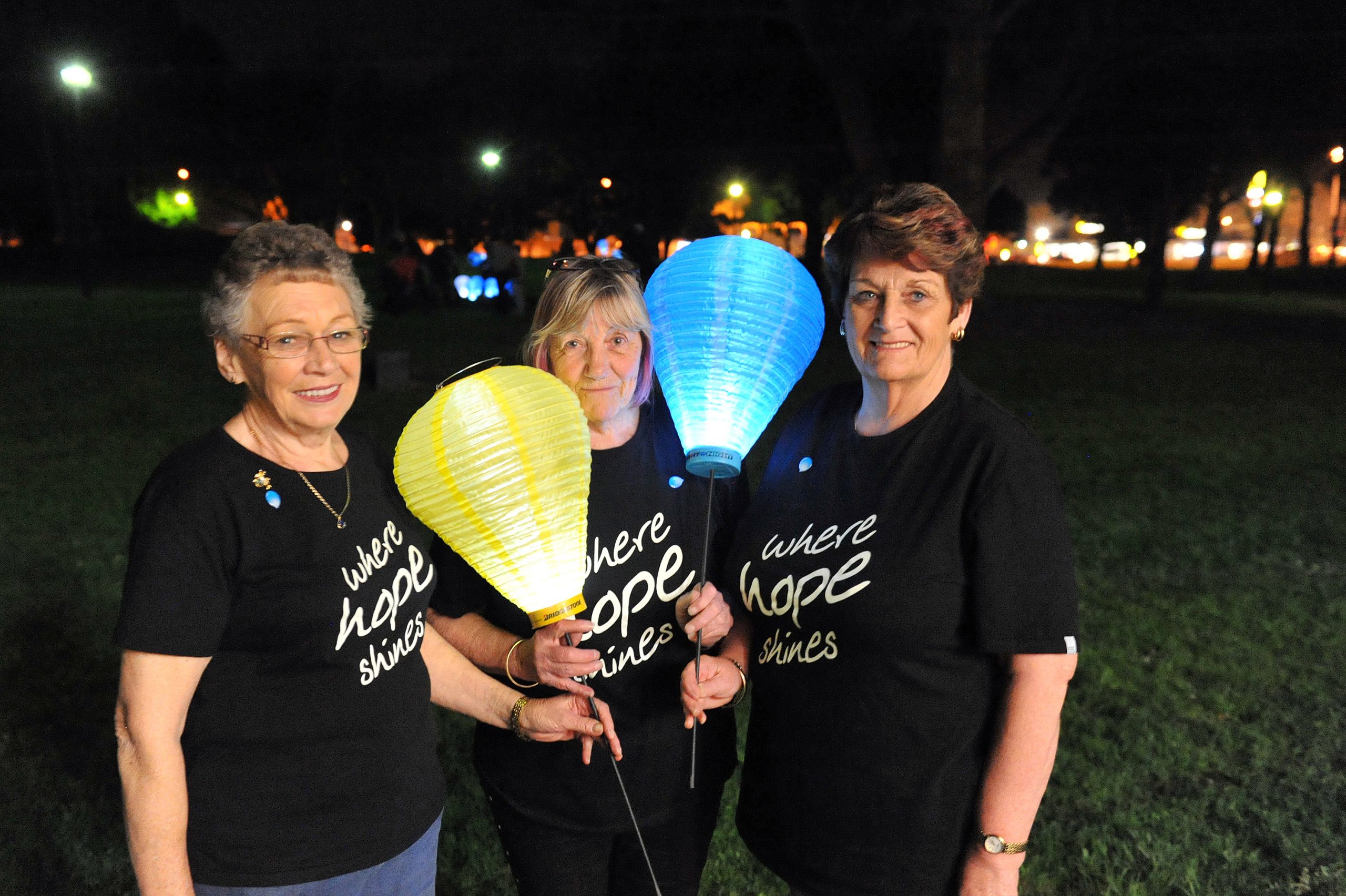 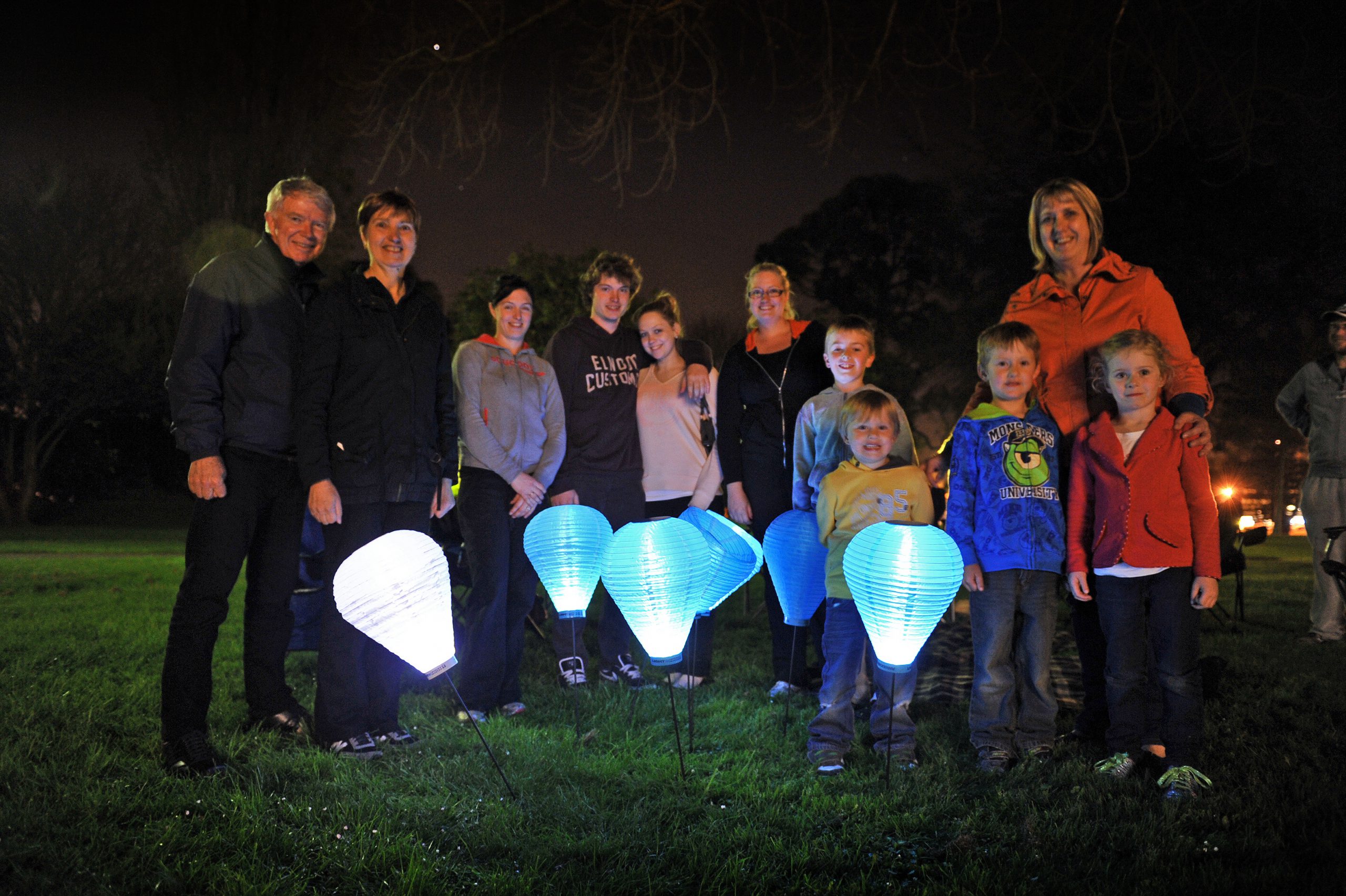 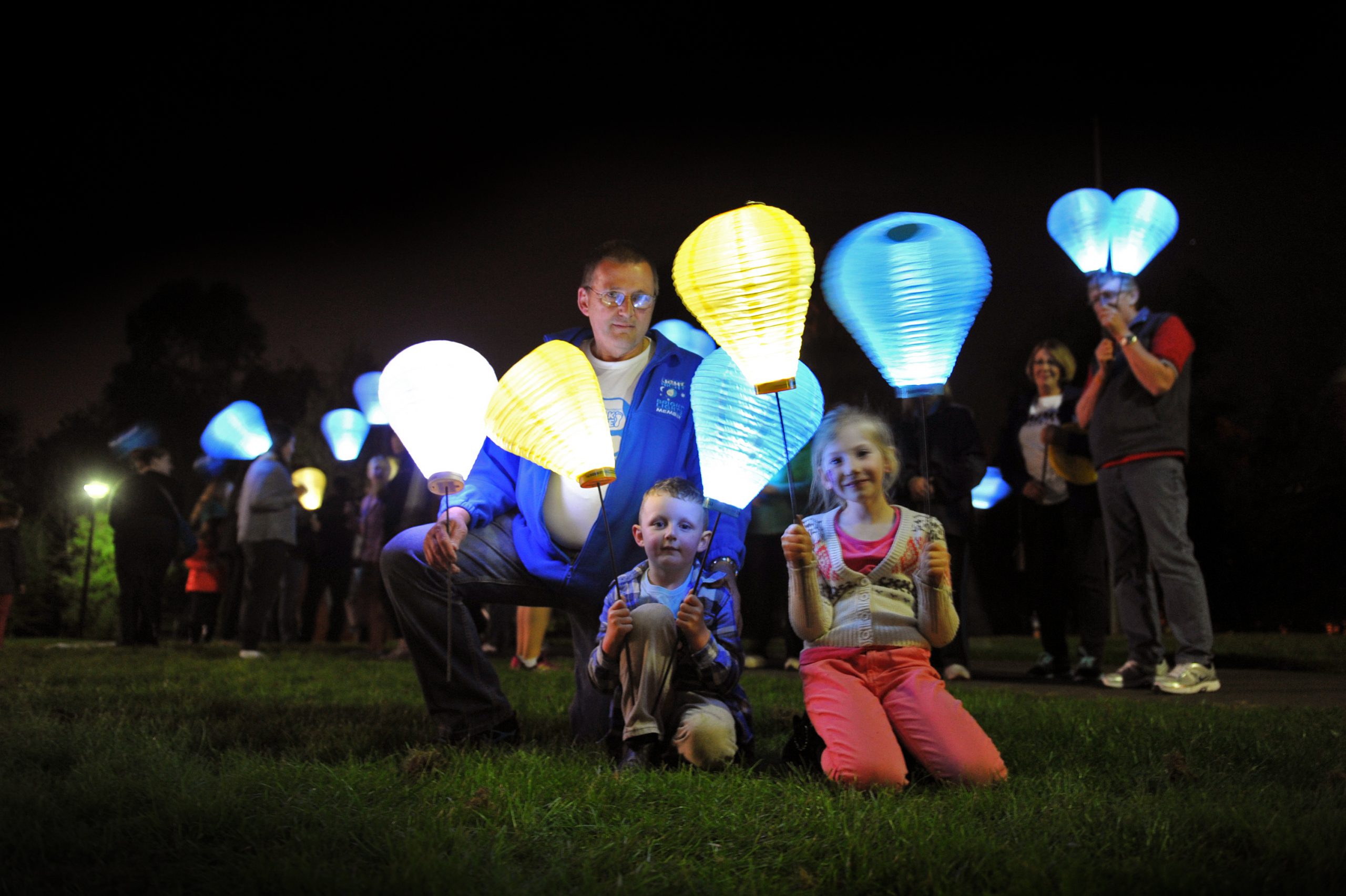 Amid a dark spring night last Wednesday, a sea of more than 300 gold, white and blue lanterns were spotted swaying along the streets of Traralgon before congregating at Victory Park.

The lantern bearers joined to spread awareness, raise money and show support for those suffering from leukaemia as part of the annual Light The Night event.

Between online registration and donations on the night, the event raised $7600 which will be donated to the Leukaemia Foundation, a charity which supports leukaemia sufferers and their families.

“It was sensational, there’s no other word to describe it,” organiser Dawn O’Connell said.

“I haven’t come back down to earth; after I organise something I usually come back and think that was that, it’s over now, but this one I still haven’t come down from.”

With rain forecast for the evening, Ms O’Connell said “we were lucky the weather gods shone on us”.

With gold lanterns to remember loved ones lost to the disease, white to personally reflect on life with blood cancer and blue to show support, Ms O’Connell said lanterns on the night were predominantly blue.

However, she said it was sad to see so many white and gold lanterns.

Since Light The Night’s inception in Traralgon four years ago, which 12 people attended, Ms O’Connell said its growth to 320 people this year was “amazing… we intend for it to grow even more”.

“The best thing was the feeling between people there; it’s our passion to see other people really embrace it is just amazing,” she said.

“We didn’t have enough lanterns for the people that were there, but we’re already looking towards Light The Night 2014 and we’re looking for double the lanterns.

“To see the young ones and the families and the kids, I can’t describe what it means to host such an event that raises as much awareness as it does funds.”