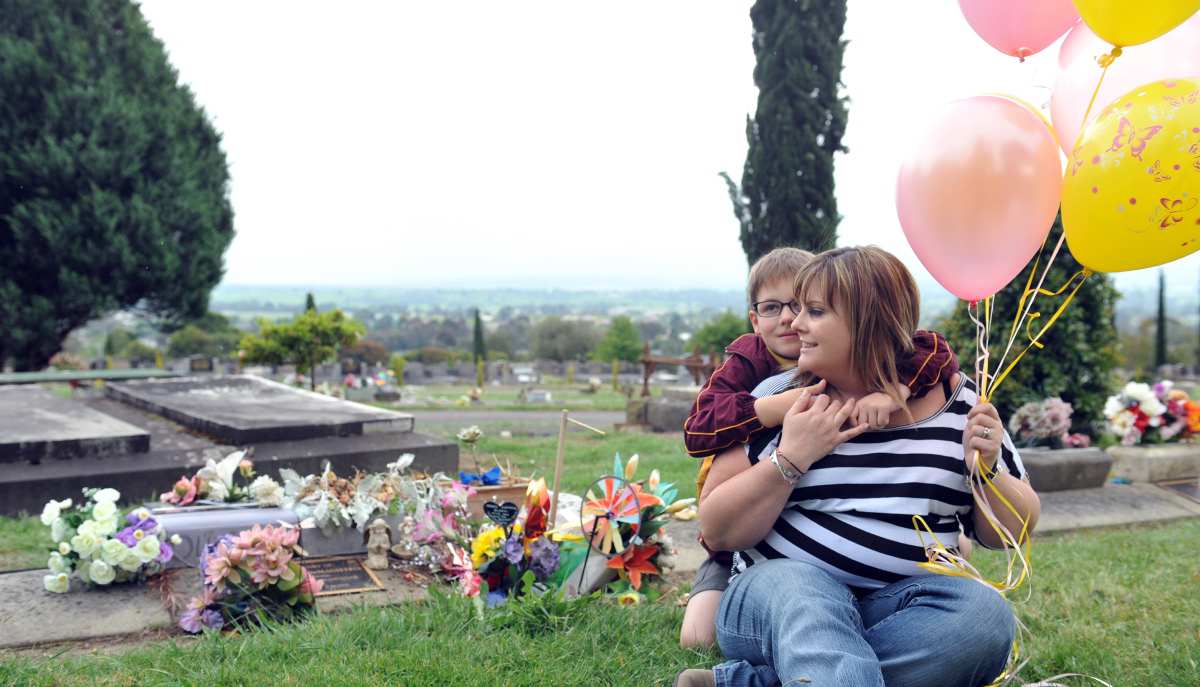 Five years after giving birth to her stillborn baby, a Moe mother is determined to make a difference to the grieving process for other mothers and families facing the same devastation.

Natalie Demagistris is raising money through a market and party plan day this Sunday for two ‘Cuddle Cots’, which will enable mothers who lose their babies to have the chance to spend time with them, say goodbye and even take them home before burial.

The cots, priced at $3500 each, are fitted with a cooling chamber which acts like a mortuary to slow down the post-mortem deterioration process.

Although Ms Demagistris was allowed to spend time with her baby in a cool room at the West Gippsland Hospital, she said many other hospitals would not provide the same service.

“We were really lucky with Warragul, they were just absolutely amazing which is why I wanted to give them this, because they lose on average one to two babies a month,” she said.

“In Melbourne they will put you in a cold room and lower the temperature right right down and you have to go and sit with your baby in that room.

“You can imagine after having your caesarean or giving birth that having to go in a freezing cold room is horrible.”

Ms Demagistris said although the time she and her husband spent with Olivia was vital, a Cuddle Cot would have made a great difference.

“I think it’s going to be great for the grieving process; I think we got 17 hours with Olivia,” she said.

“She was deteriorating in front of our eyes and it was just horrific to watch so we had to go.

“We took a million photos as most new mums do but that’s all we’ve got now, just her photos.

“Doing something in her memory is really healing and knowing it’s going to help so many other families, that’s the best part.

“If I can help even one mum not watch her baby deteriorate in front of her, it’s worth all the hard work, all of it.”

Ms Demagistris chose to donate a cot to Sale Hospital after Latrobe Regional Hospital declined the donation due to a conflict with policies and procedures.

To raise money for the Cuddle Cots Ms Demagistris has organised a massive market and party plan day.

The fundraiser will be held on Sunday from 10am to 4pm at Turfside Function Centre, Waterloo Road, Moe and will include more than 50 stalls, children’s activities, raffles and entertainment including Koko the Clown and Peppa Pig.

Entry to the market is by gold coin donation.