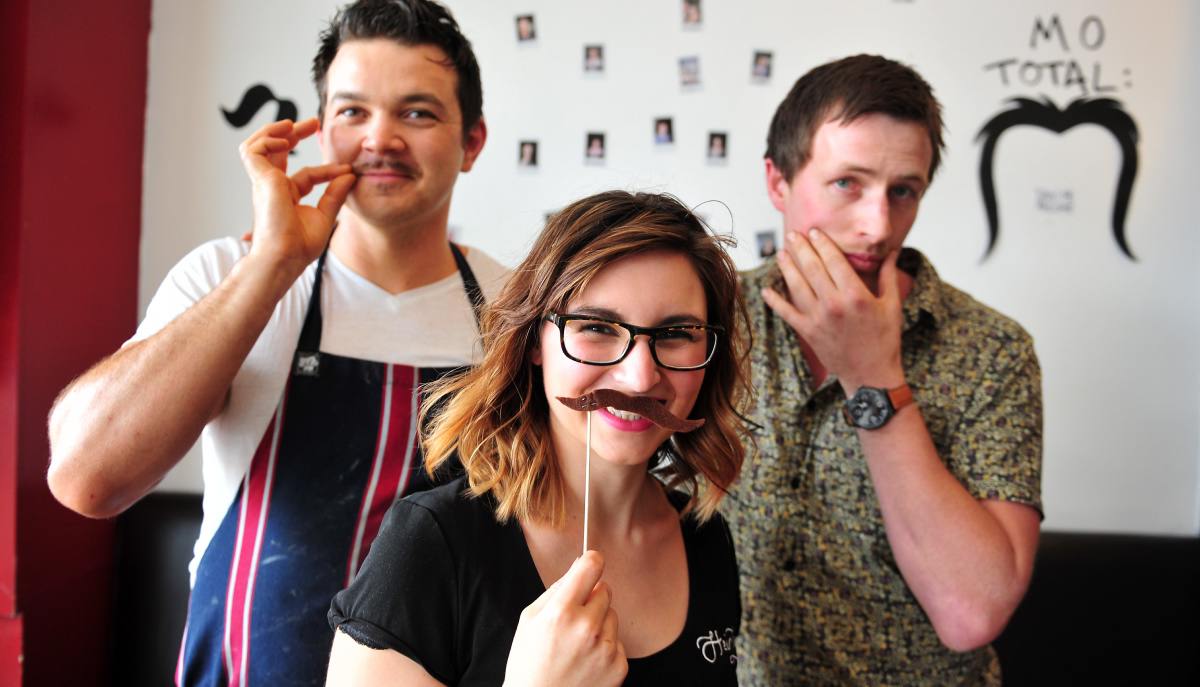 Men have swapped smooth and shaven for bristled and brazen in their quest for the ultimate moustache this Movember.

Around the Latrobe Valley, girlfriends, wives and ‘mo-sisters’ are putting up with brown caterpillars growing on their husband or boyfriend’s upper lips, in the name of raising funds and awareness for testicular and prostate cancers and men’s mental health.

Policemen, chefs and tattooists are all embracing their “mo’s” to raise money in their own ways.

Traralgon police officers have recruited 26 men and additional mo-sisters to help with their fundraising efforts in memory of colleague Sergeant David John Staple who passed away earlier this year.

“We’re doing it for a few reasons – camaraderie, it’s a good exercise, it’s team building and it raises money for quite a good cause,” Sergeant Brent Muir said.

“With the passing of former colleague Sergeant Staple this year, it’s a little bit in memory of him also.

“Sergeant Staple had quite an impressive moustache that he wore daily so it added a bit of an incentive to raise some money.”

Going by the name Tramogon Queensmen, the officers hope to raise money alongside their Morwell, Moe and Churchill police counterparts and often reward their own who struggle to grow a ‘mo’ with weekly encouragement awards.

“We give out weekly achievement awards for those that need inspiration to push on through, or for under-performers – it’s a bit of fun, it helps with team spirit and raises money for a good and worthy cause,” Sgt Muir said.

A few blocks over, staff and patrons of Three Little Birds café and Heirloom hair salon are also embracing the cause, with a wall plastered in ‘before’ shots of those participating.

They will finish the month off with an end of Movember shave event, to be held on Saturday, 30 November between 10am and noon, outside the cafe.

“We’re donating 50 cents from each takeaway plus whatever they donate in store,” Three Little Birds owner Kade King said.

“We’re also working in conjunction with Heirloom hair studio… they’re going to do donations, as well as from their customers, and anyone with a moustache gets a cheap haircut.

“On the last day they’re going to set up out the front of our shop and shave their moustaches off free, (those getting their moustaches shaved) get a free coffee plus they’ll donate whatever they want to the Movember fund.”

Mr King hopes to raise about $7000 for the cause, which is close to his heart.

“I’ve had first hand experience of the effects that prostate cancer can have and I think just for that in itself, to be able to raise money for that is a good cause,” he said.

“With depression, a lot of people I know have gone through it and have been affected by it and any money towards it or something towards it is beneficial,” he said.

In an alternative move to get both men and women on board, Churchill tattoo parlour Geishaz Body Art have tattooed 13 moustaches on fingers, with $10 from each tattoo going towards the cause.