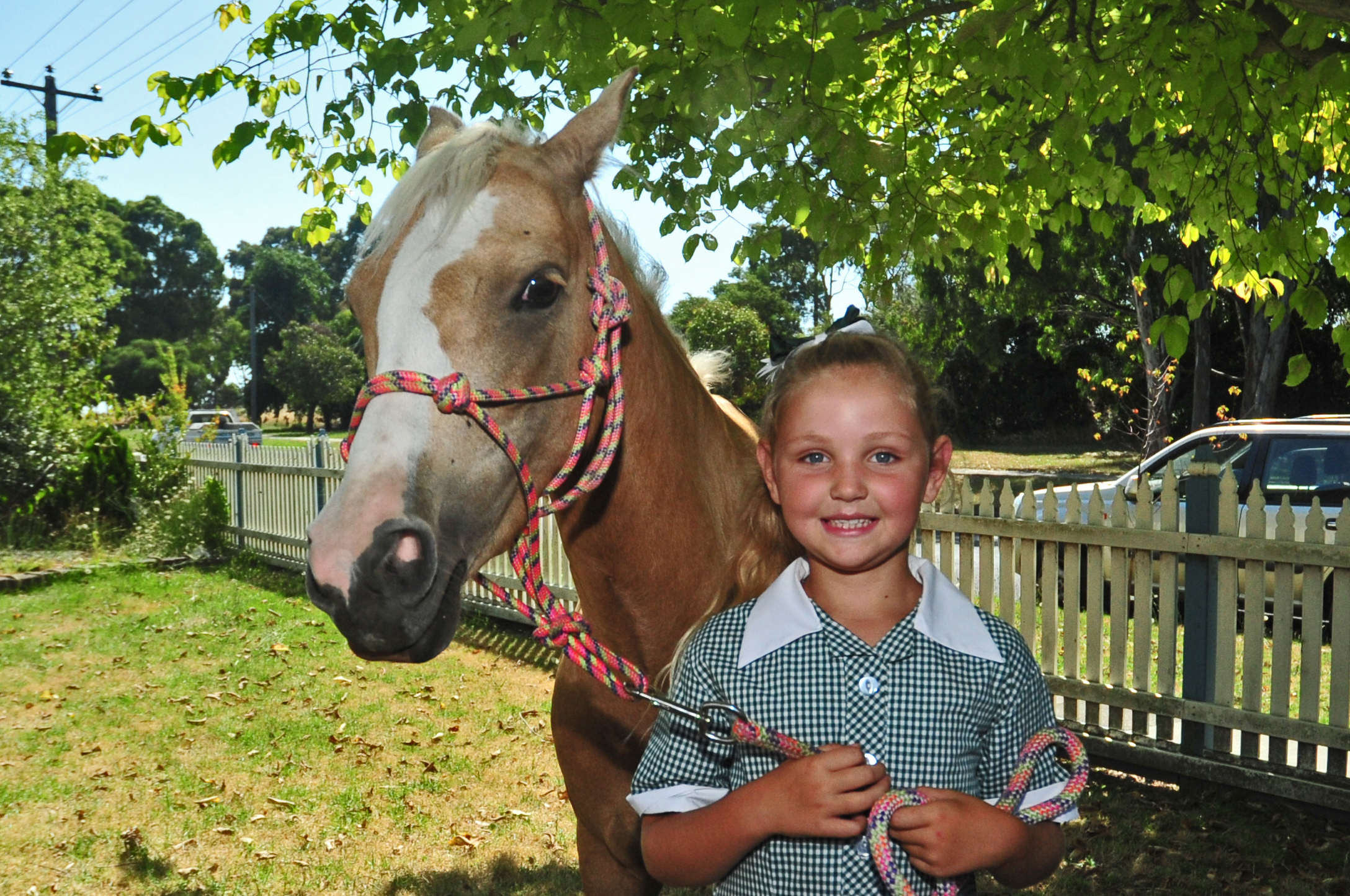 Former Toongabbie resident Tiarnee Lowe moved back to Latrobe Valley last year after 12 years away and has not looked back.

Ms Lowe is among thousands of Australians who make the decision to return to their regional hometowns from metropolitan cities every year.

Anecdotally many were returning to the place they were raised.

Ms Lowe said she moved from Geelong to Traralgon in February 2013 to allow her children to easily pursue their outdoor interests.

“Both my daughters are very outdoorsy. One loves her motorbike and one loves her horse,” Ms Lowe said.

“As a family we wanted and needed the country lifestyle and the space.”

She said as a child she was a member of Toongabbie Pony Club before her family moved to Melbourne when she was 14 years old.

She is now the club’s district commissioner while her daughter TaKiyah is a member.

“She was riding (in Geelong), but not as often as she can now – she rides or sees her horse every day after school,” Ms Lowe said.

“Shaylen was riding a friend’s bike, it wasn’t her own. There was nowhere for her to ride there, so I didn’t bother getting her a bike.

“Santa brought her her own bike for Christmas last year and now she rides every weekend and during the week.”

Ms Lowe said other benefits of the move included cheaper rent prices for a larger backyard and a more welcoming community.

“Everyone up there does their own thing, whereas here (at pony club) it’s ‘come to this’ and ‘are you coming to this thing?’ and leads to out of club stuff.”

She said despite most of her family still living in Melbourne, she was not planning to move there or return to Geelong.

“I have not even thought about heading home… The kids are at a good school, they have good friends and they’re with their clubs now.”