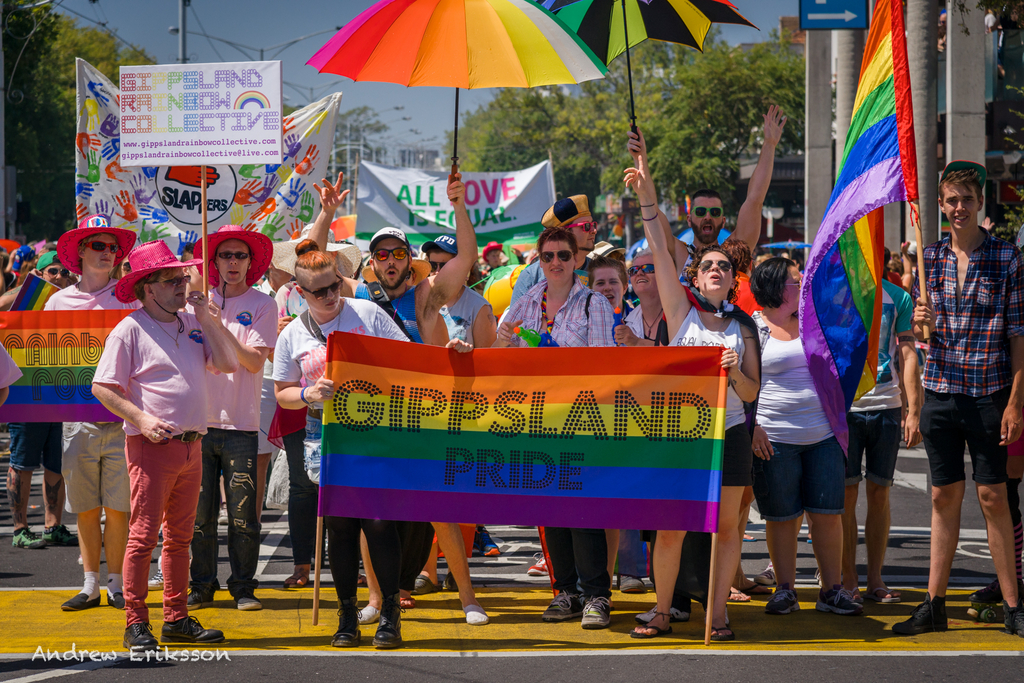 About 45 loud and proud Gippslanders hit the streets of St Kilda on Sunday, as the annual Pride March experienced one of its strongest turnouts.

For Gippsland Rainbow Collective co-founder Jane Kaljouw, the strong local contingent was a clear sign the region’s gay, lesbian, bi-sexual, transexual, and intersex community had begun to collaborate as an effective community.

“It was fantastic – there were many people marching for the first time and found the experience absolutely empowering from the great sense of community and pride,” Ms Kaljouw said.

With 5000 people marching in the parade in front of an estimated 40,000-strong crowd, Ms Kaljouw said the vibe on the day was electric.

“People were completely packing out Fitzroy Street – people were up in balconies cheering us on – it was really cool, some people in the crowd were calling out ‘Go Gippsland’, so it was really exciting,” she said.

Ms Kaljouw said a girl who marched in 2013, who could not make the event this year, was represented by her mother – linking up with her daughter on smartphone video chat.

“The people who have been marching since the pride march began 19 years ago were blown away by how much it’s grown,” she said.

Ms Kaljouw said since the launch of the Rainbow Collective in Morwell last year – at a party attended by about 400 people – enclaves of isolated GBLTI groups and individuals in Gippsland were linking together in support of each other for the first time.

“Our website and Facebook page have been a successful resource so far and last year we received a (Latrobe City) council grant for our Community Visibility Project, so we have many exciting things planned for 2014,” she said.

The Gippsland Rainbow Collective is online at