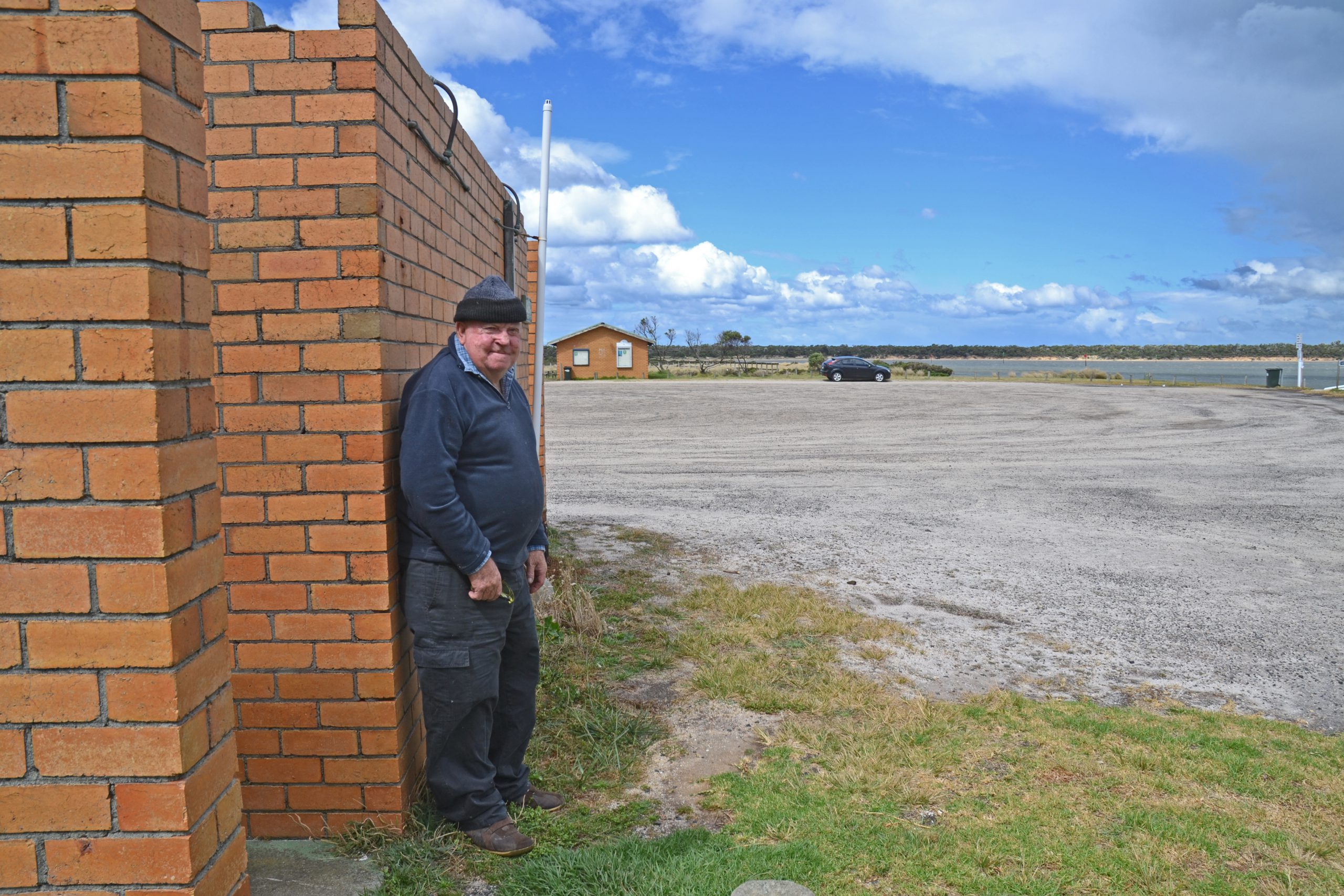 A Traralgon fisherman has taken on the fight to save a toilet block at a popular fishing spot.

Parks Victoria recently advised of a plan to demolish one of only two toilet blocks at McLoughlins Beach.

Colin Coleman, one of hundreds of Latrobe Valley residents who flock to the beach, said if Parks Victoria’s plan went ahead, the only public toilets available would be the Wellington Shire-managed drop toilets, which were more than 600 metres away from the jetty.

Parks Victoria owns the land and has applied for funding to demolish the toilet block after the current septic system was diagnosed as being potentially dangerous to the environment if it overflowed.

“What everyone’s concerned about is what happened before,” Mr Coleman said.

“When they built the boat ramp they expected people to walk down to the toilet block at the jetty.

“But they didn’t, they walked into the bush and it became like a sanitary dump and the health department stepped in.

Rather than removing the block, Mr Coleman, along with other members of the McLoughlins Beach Ratepayers Association, is pushing for Parks to use the funding to convert the septic system to a dry system, similar to other areas.

To get the ball rolling Mr Coleman has drawn up plans and has obtained quotes for materials, which he estimated would be under $20,000 for the project.

“If we can cut the labour down then that will make a big move,” Mr Coleman said.

To bring costs down, he has put a call out to the Latrobe Valley plumbers who often cast their lines at McLoughlins to volunteer their time to install roofing, guttering and cladding to the walls.

According to Parks Victoria South Gippsland district manager Graeme Baxter, Parks would not demolish the toilet until meetings had taken place with community representatives and Wellington Shire, which has requested the toilet block stay.

For more information, or to volunteer your services, phone Colin Coleman on 5174 0374.