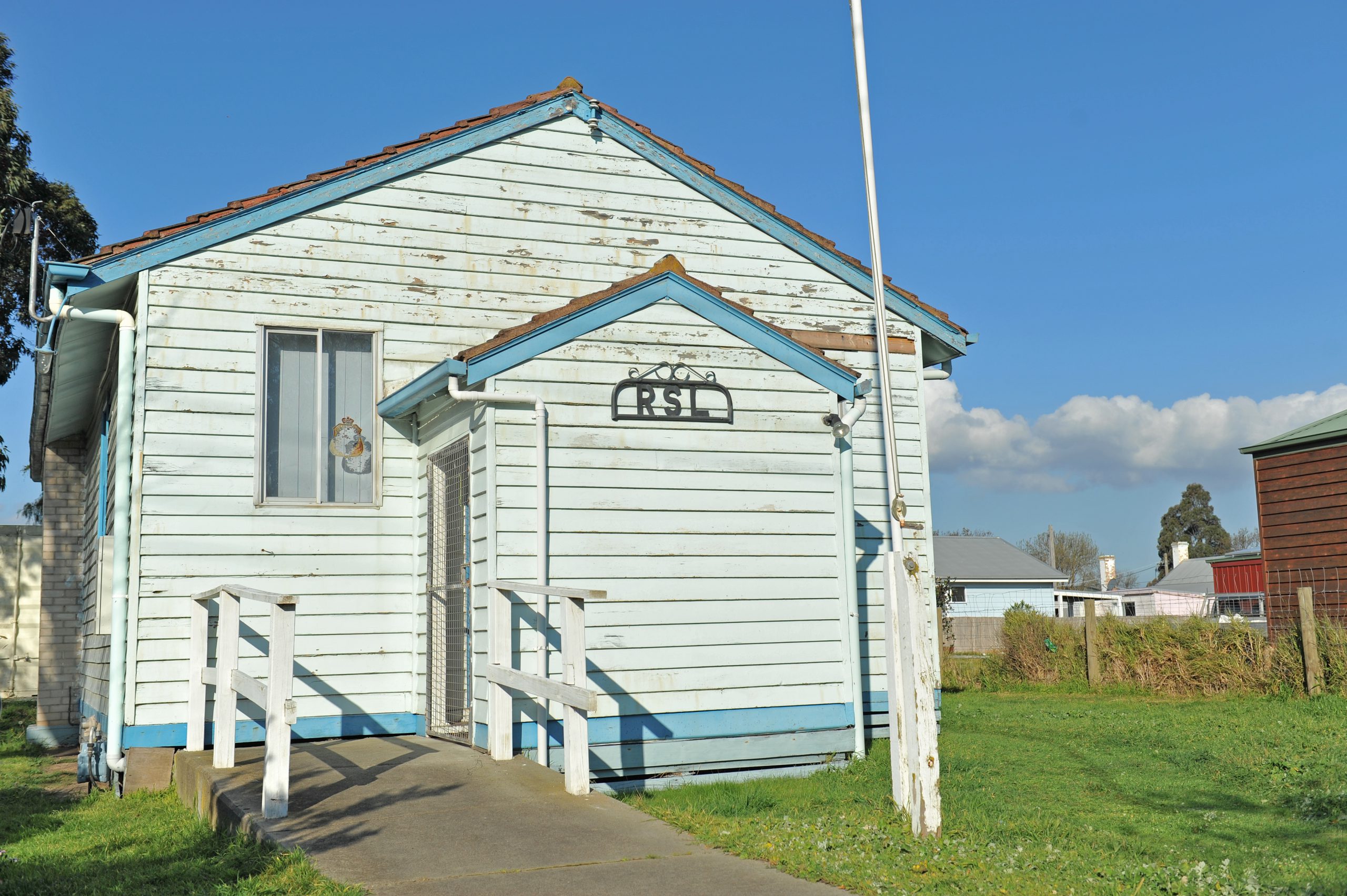 Rosedale RSL members and affiliates are fighting to stop the sale of their town’s RSL hall amid plans to reinstate its sub-branch.

The RSL sub-branch handed in their charter years ago, with members and the property absorbed into the Traralgon RSL.

But Traralgon RSL’s intention to sell the Hood Street property has seen former Rosedale RSL members schedule a meeting next Wednesday to establish membership at the possible sub-branch.

Rosedale RSL auxiliary member, Margaret Lobley said she had sent a letter to inform residents of Traralgon RSL’s intention to sell the hall and many RSL members and associates were “disgusted and up in arms”.

Ms Lobley said members wished to reform both the Rosedale RSL and its auxiliary and retain the hall for the purpose for which it was built for, “returned service personnel, the community and our future”.

“The hall was built on donated land and built by volunteer (war) veterans, the materials were supplied by local businesses and the community,” Ms Lobley said.

“A lot of our veterans are older people and a lot of them don’t want to travel (to Traralgon), they want to have something here in the town in their community. It’s a great little hall and nothing needs to be done internally, just a little bit of work on the outside.”

Both Morwell and Maffra RSLs have shown their support to Rosedale RSL members.

“Like Rosedale, the Yinnar RSL was built after World War I, but we’ll never sell Yinnar. We own that building and we maintain it for the community,” Mr Jeffrey said.

“I’m disappointed that Traralgon and Anzac House are involved in trying to sell the building.

“If they try to start up an RSL in Rosedale, Morwell are happy to help them set it up.”

Maffra RSL president Lindsay Morton said his club would help sign up RSL members and transfer them back to Rosedale.

“Anzac House has said to me they need to get members as RSL members,” Mr Morton said.

“These people will not join Traralgon or Sale, they don’t like the bigger clubs because of the poker machines. We think it will work,” Mr Morton said.

Victorian RSL branch state executive Ian Caines said he planned to attend the meeting on Wednesday to answer any questions, and explain what would be required to establish a sub-branch.

Mr Caines said it had not been uncommon to hand in a charter and had observed more public interest in Australian heritage with recent publicity around the centenary of World War I.

He said there was no “magic number” to form a sub-branch, but estimated around 40 members including former and current service members and affiliated members – such as the relative of a serviceman or servicewoman.

“It will be interesting to see on Wednesday how much interest there is in the community,” Mr Caines said.

He said the reality check for everyone was finding willing people to fill office bearer positions, such as president, secretary and treasurer roles at a sub-branch.

“It’s not a matter of 40 interested people, you need active young and fit people with the energy to manage it.”

Traralgon RSL president Maurie Harrison said he was not in a position to make comment with the situation being handled by the Victorian RSL sub-branch.

The meeting will be held at the Rosedale RSL on Wednesday, 27 August at 7.30pm.