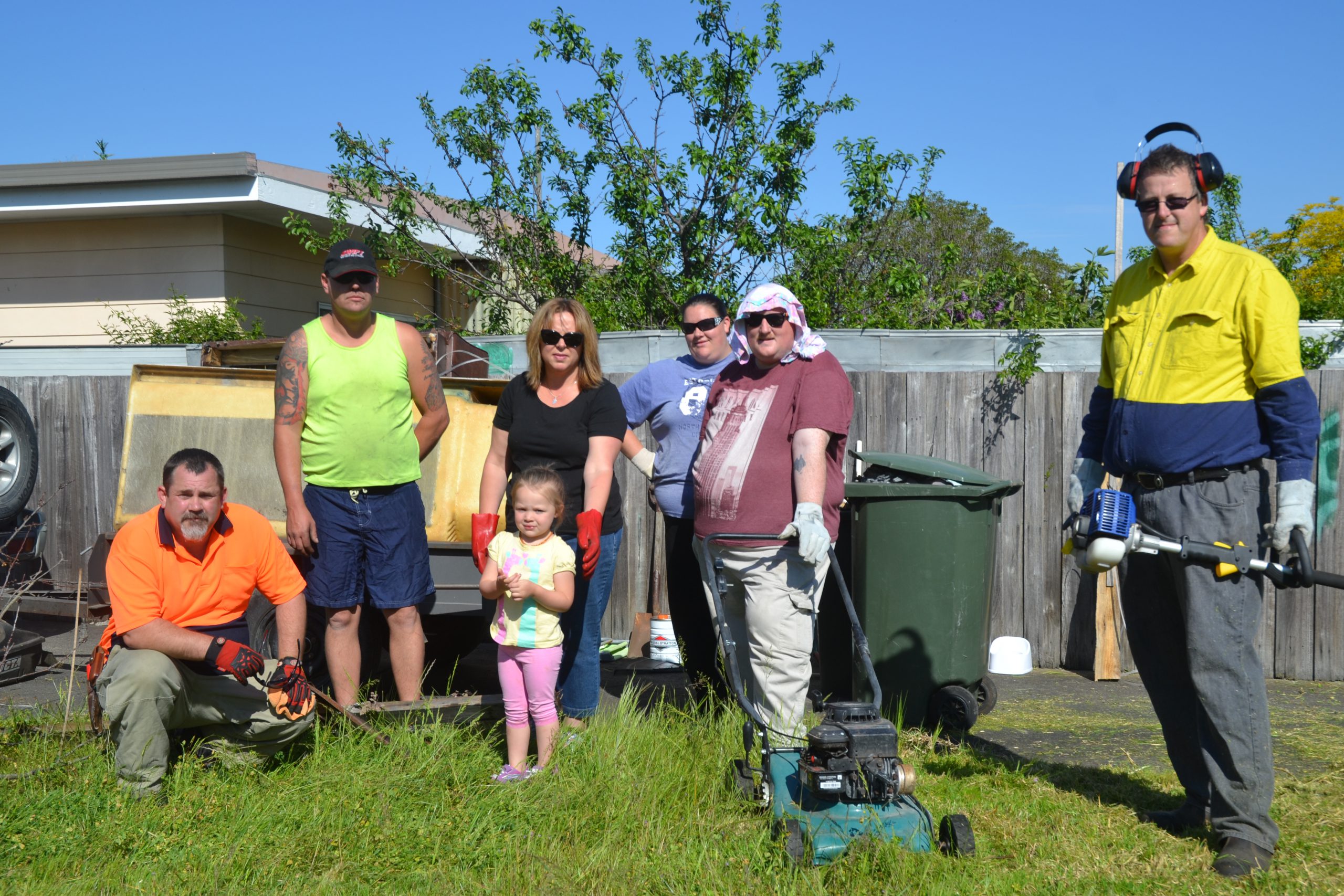 Community members have come to the aid of a 91 year-old Morwell resident, who neighbours a vacant lot piled with rubbish allegedly left unattended for three years.

Latrobe Valley Support Network president Simon Ellis said the group was inspired to help Janina Strouhal after reading of her distress in The Express’ 20 October issue.

“It’s so sad to see members of the community in their 90s have to go to newspapers because council… aren’t doing anything about it,” Mr Ellis said.

After reading the article, which detailed the Avondale Road resident’s concerns about the rubbish in the neighbouring property, Mr Ellis placed a call for help on social media and received about a dozen replies.

“We felt as members of the community that we should get together and help this lady,” he said.

“We want to let her know that she’s not alone in the community. We’ve come to show that we can work together.”

The group brought a trailer filled with lawn mowers, tools, and a couple of wheelie bins for the working bee.

One of those who responded to the call was independent candidate for Morwell Tracie Lund, who got her hands dirty removing furniture, clothes, and office items left on the vacant property.

“I guess it’s really hats off to The Express for following this up and bringing our attention to it. I think this speaks to the character of the town that we have and I’m so proud to be a part of that,” Ms Lund said

The group also mowed the grass on the vacant lot behind an abandoned building that was formerly used as an artist studio.

Mr Ellis said while cleaning they discovered the building’s doors were unlocked and some glass windows smashed, and had reported this to police.

Mrs Strouhal said she was grateful for the help she received from the community.

Mrs Strouhal said she had previously complained about the rubbish to Latrobe City Council for years but no action had been taken.

“They should take the people a little bit more seriously and listen to what they are saying,” said Mrs Strouhal.

The Express first contacted council on 15 October and was told there was no record of Mrs Strouhal’s complaint. However, council said it would send someone out to inspect the vacant property.

On 22 October, the day Mr Ellis’ group went to clean up the property, The Express again contacted the council for comment. Council replied in an email two days later declining to make further comments.

Earlier this week council advised local laws staff had inspected the property on 16 October following information it received from The Express the day earlier.

Council said a notice to comply was issued to the property’s owner to clear the area.

The statement said if no action was taken council would clear the property and then recoup the cost of clearing from the landowner.

“In this instance, the land was cleared by a community group,” a council spokesperson said.

“While council acknowledges the efforts of this community group, it does not encourage this type of activity without the approval and consent of the landowner due to the potential for dumped material to contain hazardous, dangerous or toxic materials and the legal difficulties that could arise for these community group members should a landowner claim that their property has been trespassed upon.”