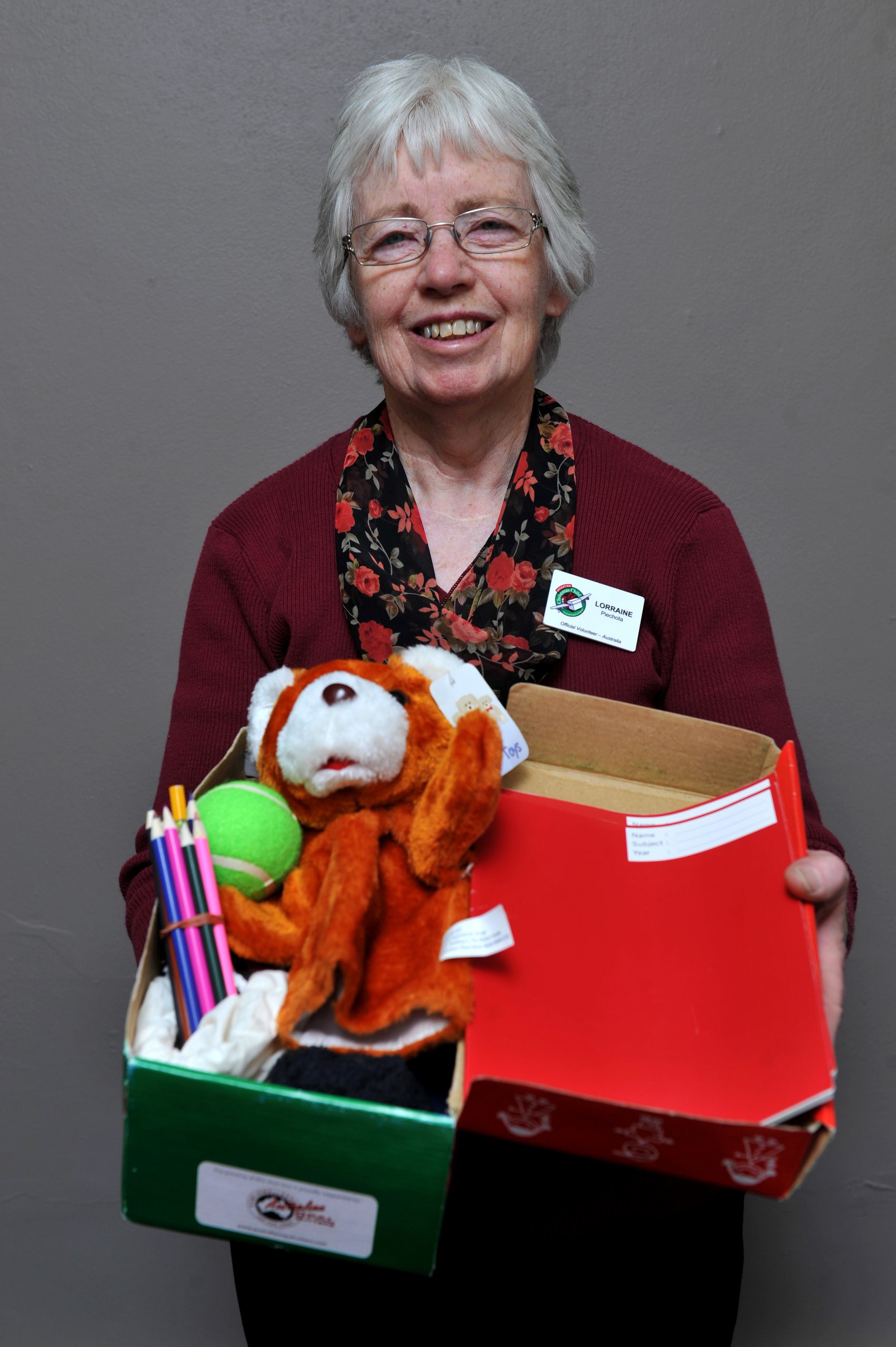 Traralgon resident Lorraine Piechota gets about as busy as Santa Claus around Christmas time.

The Traralgon coordinator for Operation Christmas Child has so far dispatched 600 shoeboxes to schools, service clubs and mainstream churches for people to fill with items intended for children in need across the world.

People wishing to take part in the operation are provided with a specially marked shoebox and a list of suggested gifts they can donate.

The shoebox is then shipped to children aged from two to 14 years.

Ms Piechota first got involved with the project about a decade ago, beginning with two boxes she packed with items.

“There’s such a huge need and it’s something so simple that anyone can do.”

The list of gifts to be donated include clothes, soft toys, something special like a carry bag or craft kits, school supplies or toys.

Items such as toy guns and anything potentially unsafe for a child cannot be donated.

No second hand items are accepted and each box also includes a $9 donation for postage.

Ms Piechota said about 1500 boxes had so far been distributed across the Latrobe Valley.

Last year 57,000 shoeboxes were collected from Victoria alone and shipped to Cambodia, Vietnam and Fiji.

Ms Piechota said boxes collected from the Valley were transported to a warehouse in Melbourne where they were sorted and prohibited items removed before shipping.

The Traralgon coordinator of four years has made 35 skirts and 30 shorts for “fillers” in case some of the boxes were not full or if prohibited items were removed.