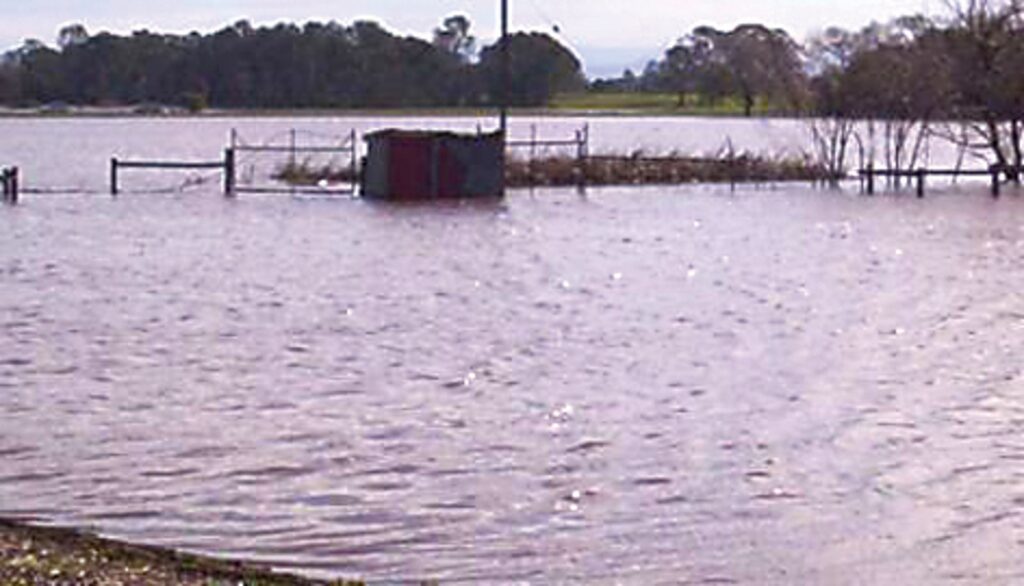 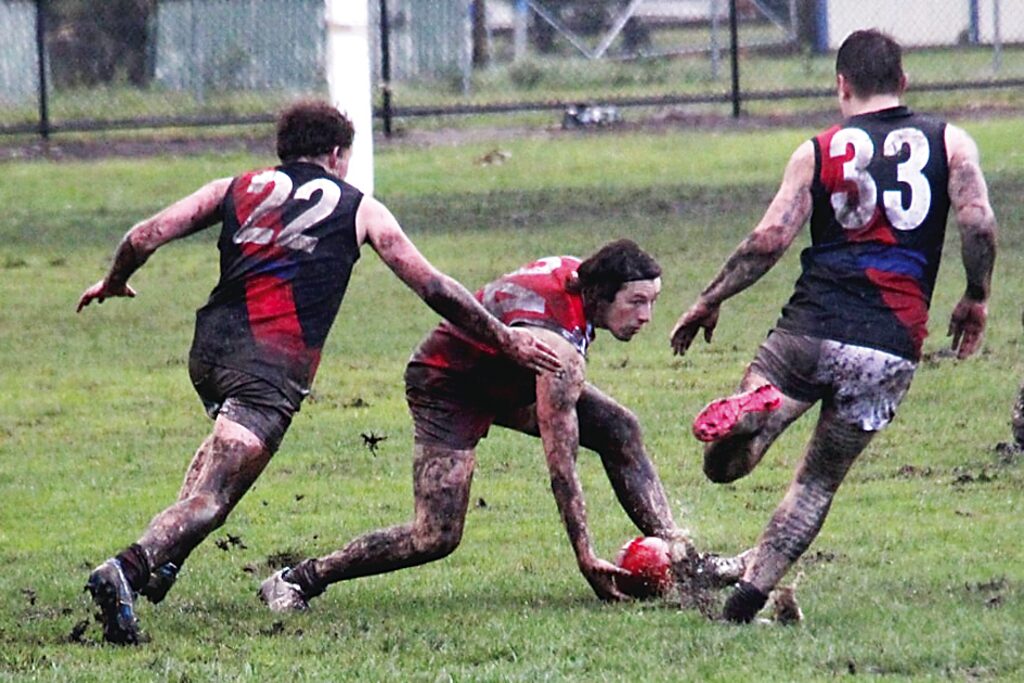 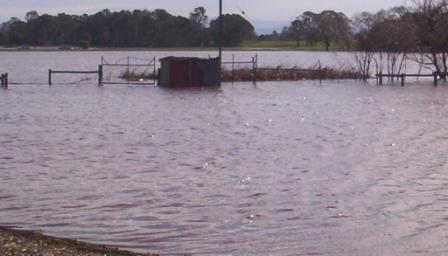 AS football players across Gippsland wait anxiously to get back onto the field, the events of the last week may have evoked memories of other times matches came to a halt.
Apart from two world wars, the pandemic has been the only time an entire season has been cancelled, although there has been some other anomalies that have occurred throughout the history of Gippsland that have seen matches either abandoned or postponed.
Here, the Four Quarters team takes a look at some of those anomalies.

1. The perfect storm of 2016
IF anyone ever thought the apocalypse was going to arrive, July 23, 2016 might well have been the day.
All the elements came together as rain plus hail plus wind chill plus a date smack bang in the middle of winter had players and the ball literally buried underground.
To say most grounds in Gippsland were reduced to mud baths would bring both mud and baths into disrepute, as conditions were more akin to stockyards after 100 plus sheep had trampled through them.
Even players who staunchly refuse to wear long sleeves were seen pulling them on that day, as by the five minute mark of the first quarter, players were indistinguishable from each other.
Trainers brought buckets of hot water out to breaks for players to defrost their hands, in a vain attempt to help the thawing out process.
Soccer-type score lines were seen across the leagues. The Ellinbank and district area was hit hard by the weather, with the match at Buln Buln seeing them victorious over Koo Wee Rup 1.6 (12) to 1.3 (9).
In the North Gippsland Football-Netball League, two matches were called off early.
At Yarram the pin was pulled during the third quarter of their match against Traralgon Tyers United, while a little further up the road at Woodside, the same fate was seen by the Wildcats and Sale City.
Sub-zero temperatures at Yarram had players showing signs of hypothermia, with some shaking uncontrollably. Even fire blankets from the club kitchen were called on to try and bring players core temperature back up, but to no avail.
In the Mid Gippsland Football-Netball League, the match between Mirboo North and Hill End continued despite no boundary umpires coming back for the second half.
Not far from Mirboo North, Thorpdale lived up to its reputation as being 10 degrees colder than anywhere else – the Blues sold out of club beanies by quarter time of the reserves.
At Drouin, Moe was forced to send its yellow clash jumper straight to the furnace as there was no way the mud stains were ever going to come out.

2. Maffra underwater 2016
THE Round 12 fixture between Maffra and Leongatha in the Gippsland League was cancelled in 2016 due to severe flooding.
Heavy rain on the Tuesday left the Maffra Recreation Reserve completely underwater, meaning the ground was unplayable.
It was the second time a tonne of water fell on Maffra, after a ‘once in 100 year flood’ came to the town in 2007.
The abandoned fixture was unable to be rescheduled, and ended up being the only time during the home-and-away season the Parrots did not take home the four points.
However, the rained-off game may have actually played into Maffra’s hands, as it gave the Eagles a chance to drill down exactly how to beat the Parrots at the business end of the season.
Come finals, Maffra put it all together, and having not played against Leongatha for five months, caught the Parrots off guard in two finals on their way to the premiership.
Describing how they managed to pull it off, Eagles coach Wayne Butcher said the team took a gamble.

“We changed the game plan completely in 2016 to beat Leongatha who were the best side in the comp by a long way,” he said.
“We actually trained from halfway through the year to beat their game plan, we changed all our drills just to beat one side because we thought they were the side we would have to beat and it proved to be right in the end – they were undefeated coming into the finals.”

4. Strange delays at Walhalla 1924
SURELY the most obscure reason or reasons a football match was pushed back occurred in the mining town of Walhalla in the mid 1920s.
The Walhalla ground is perched on top of a hill, which was created by carving the top off the mountain, and takes around 45 minutes to reach from the township below.
In a match in 1924 between Walhalla and Baw Baw, a number of occurrences led to a bizarre set of delays, many of which might give an accurate reflection to attitudes of the time.
The ball burst in the first quarter, meaning a miner on horseback was sent down to the township to retrieve another one. In the interim, the players had a drink and chat with the ladies.
Once the miner returned play continued, however another delay came about when the ball was kicked in the vicinity of a horse who became startled and brought its hooves down on the ball – splitting the stitching.
Another ball was called for from down below, but this one was punctured after an error with the needle trying to inflate the ball.
In the end, after allegations the Walhalla team had rigged the scoreboard as the match was played in near darkness after so many delays, the teams settled on declaring the game a draw in the pub.
The Walhalla Cricket Ground is still used today for marquee matches. Visitors to the ground can read about a famous story involving Australian test cricket captain Warwick Armstrong, who stepped foot on the ground in 1907.
Walhalla has also produced a test cricketer in William ‘Barlow’ Carkeek, who played six test matches in 1912.

Are there any other examples of matches being abandoned?
Let our newsroom know at sport@lvexpress.com.au