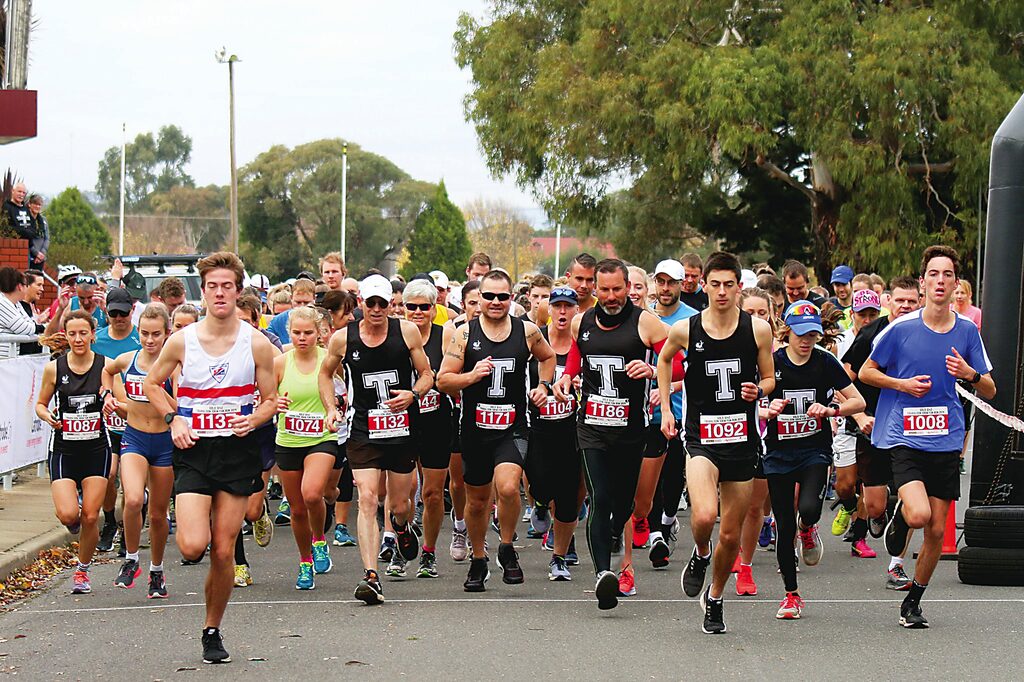 THE Gippsland League has set out a number of parametres in response to the easing of restrictions.
There was some minor reprieves for local sport players and coaches yesterday.
As the lockdown for metropolitan Melbourne was extended by another week, those in regional areas were sparred that fate, meaning the easing of some restrictions for local sport.
Junior players and coaches rejoiced at news their activities were able to go ahead.
It was not as good news for those in senior ranks, who will have to wait a bit longer before getting out onto the field. Senior players can however return to training, in what is hopefully the first step back to playing in a week’s time.
The cancellation of two rounds of senior football, netball, soccer and various other sports has thrown all sorts of scenarios up in the air.
In the Gippsland League, a number of proactive initiatives have been issued.
The league consulted its 10 members clubs to garner feedback as to whether or not junior matches should go ahead this weekend. Of those 10, seven were not in favour of playing junior football or netball on June 5.
Key factors in the decision making were the availability of volunteers and coaches from the western and southern clubs and the difficulties surrounding policing the 50 patron cap.
Given 70 per cent of Gippsland League clubs were not in favour of playing, the following provisions have been made.
-No football or netball matches will be played on the weekend of June, 5 2021;
-All matches that were scheduled for Round 7 and Round 8 will be abandoned;
-Teams will be awarded no points and no percentage for the abandoned rounds;
-Gippsland League will adjust the fixture to ensure that the July 10 bye weekend is being utilised. The emphasis will be on ensuring all clubs play each other once as early as possible;
-Gippsland League will assess the impact on the fixture and work with clubs affected by missing home matches in an attempt to give each member club and equal amount of home matches;
-Player finals qualification to remain unchanged;
-Finals series to remain unchanged, and;
-As per the recommendations in the COVID framework, the Gippsland League Allowable Player Payments salary cap which currently is at $120,000 will be adjusted on a pro rata of games played. All member clubs will be notified of the adjusted cap.
The Mid Gippsland Football-Netball League has already declared its Round 8 matches a no result and has made the same decision for Round 9, meaning no MGFNL junior football or senior matches will be played.                                                                                              The MGFNL cited concerns around the 50 person cap and the effect players travelling from Melbourne would have on member clubs.  It is better news for those in the Traralgon and District Junior Football League, which announced matches will go ahead.                                 The Latrobe Valley Soccer League is yet to make a decision on the rescheduling of senior matches.
“Until we have further notice from our governing body Football Victoria and also had a chance to consult with our clubs we are not in a position to provide further information regarding training and playing,” the LVSL said yesterday.
“We will provide this as soon as we have reviewed all current advice and information. We will make sure we update our clubs when we have all available information.”
AUSTRALIA’S oldest current marathon has been forced into finding a new date with this Sunday’s 54th Traralgon event postponed a month.
The event, staged by the Traralgon Harriers Athletics Club, includes four races to cater for runners of all abilities.
It has been a long-time highlight on the calendar for Valley locals and brings people from across the country to the region.
However, in light of recent COVID-19 restrictions, organisers were forced to postpone with a long-standing contingency plan seeing Sunday, July 11 identified as the best rescheduling option.
Traralgon Harriers president Phill Mayer said running the event under the current restrictions would have been impossible.
“With the restrictions they announced there is no way that we would be able to do it, we have nearly 400 entrants and the venue would only be able to 50 and they would have to be seated,” Mayer told The Express.
“It would simply be a logistical nightmare, so postponing was really the best and only option we had.”
He also explained why they decided on July 11 as the new date.
“It basically gives us four weeks for things to settle down, restrictions to ease, and for us to run the event as a full event as opposed to having limited numbers,” he said.
“Hopefully our metro and interstate entrants will be able to come as well, so there are a lot of reasons why we have decided to give ourselves four weeks to reset.”