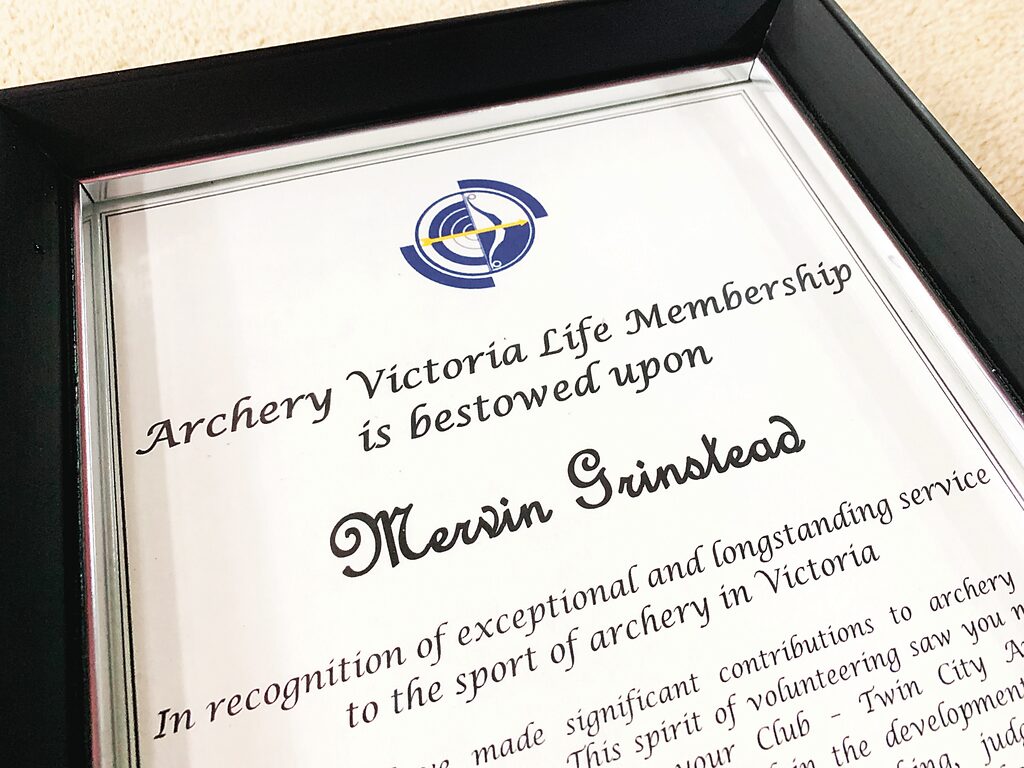 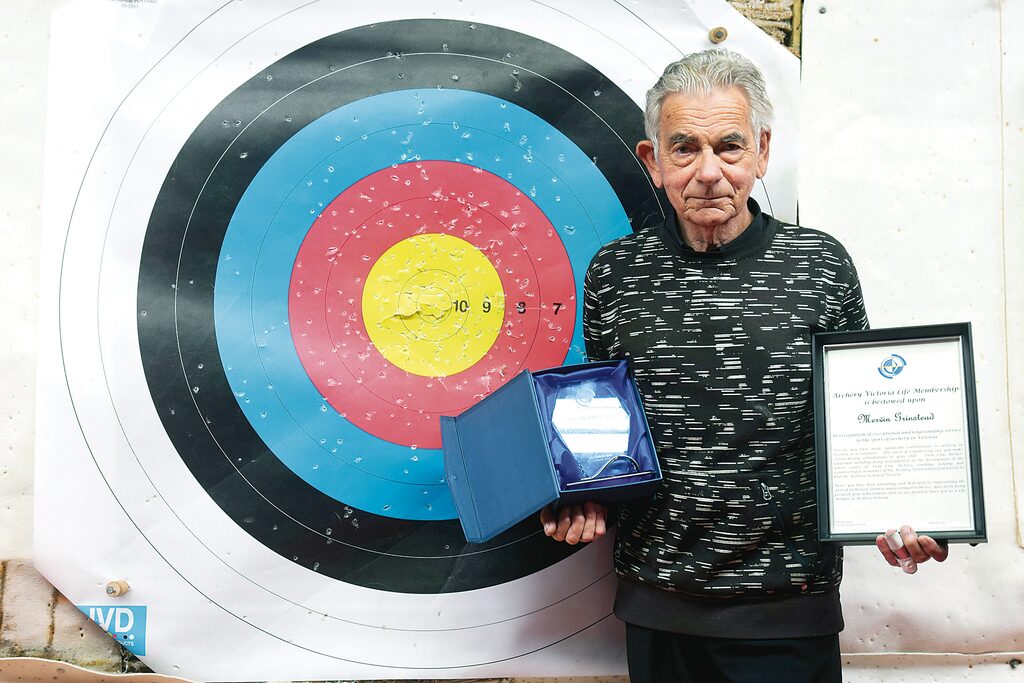 ARCHERY
By LIAM DURKIN
TWIN City Archers Gippsland legend Mervin Grinstead and the sport of archery in Victoria will now be forever linked after he was made a life member of Archery Victoria.
The honour was bestowed on Grinstead for his work over many decades contributing and helping archery in the state.
Grinstead served as a state judge administrator for close to 20 years, and has also volunteered his time in numerous capacities with Archery Victoria.
A humble Grinstead said he was “very proud” to receive such an accolade, adding it was “quite an honour”.
With archery his great passion, Grinstead said it was amazing to think how much the sport had grown since he got involved some 35 years ago.
“I think there were about 500 archers in Victoria when I joined and now it is numbered in the thousands,” he said.
“There was probably only five or six clubs in Victoria … now we’ve got clubs everywhere.”
While he loves the sport itself, the club of Twin City Archers Gippsland is where his heart lies, so much so that the indoor centre at Twin City Archers Gippsland is named after him.
Working alongside fellow Twin City Archers legend Peter Bennett, the pair have literally made the Morwell range at Toners Lane what it is today.
“Peter and I got together and we built it up to what it is,” Grinstead explained.
“I was a boilermaker pressure welder before I retired, which came in handy for here (building the complex).
“It was a tiny tin shed with five targets and virtually nothing else. Now they (the targets) are on a frame so you can move them around, when we started they were buried in the ground so you had to change your shooting line which was dangerous.
“Everything that’s here we’ve built ourselves.”
Along the journey the man affectionately known as ‘Merv’ has had many playing highlights, and pointed to his second placing in the 180 metre shoot at a World Championship event in Sydney last decade as one that stood out.
“There has been a few highlights along the way with different tournaments I’ve won and different things we’ve done,” he said.
“One of our favourite acts is to light a candle and then shoot the flame off it at 18 metres without touching the candle.”
As well as the on-field achievements, Grinstead said travelling across Australia for tournaments, the camaraderie from fellow archers and the Twin City facility itself were things he cherished.
“The people I’ve met in different states and
getting something like this (the Twin City complex) finished has been great … you just get to know a lot of people,” he said.
“Archery has been the main interest all the way through. It’s still fun to go out there and shoot. To me sport is to be enjoyed that’s why I do it.”
Grinstead is still keeping busy in archery, with the Twin City secretary saying there was another job to tick off the list.
“We want to extend the indoor range so we can hold World Championships,” he said.
“At the moment this is probably the biggest one in Australia but it’s not big enough to hold World Championships – we have 18 targets at the moment and we need about 36.”