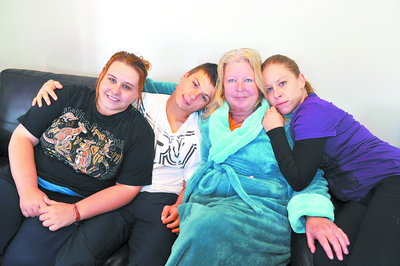 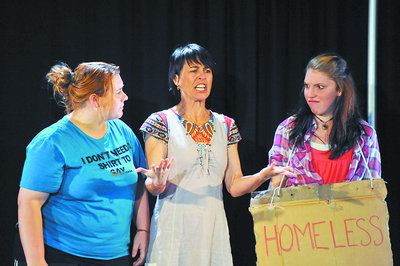 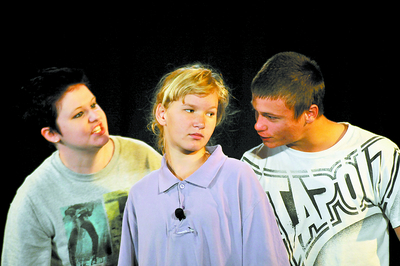 More than 100 people attended a play in Traralgon, ‘Who owns me today?”, by HighWater Theatre performers, a group of Wodonga-based young people who are, or have been, homeless.

The award-winning production evolved from a collaboration between Somebody’s Daughter Theatre Company, Gateway Community Health and the Department of Education and Early Childhood Development.

Last Wednesday night local audiences were exposed to some hard-hitting performances, which Berry Street spokesperson Antony Giannini said proved “quite emotional and provoking for some people” but feedback was overwhelmingly “really positive”.

“They were really amazed,” he said.

A workshop conducted by the ‘HighWater kids’ and their teachers with at least 10 Berry Street young people in residential care was also held last week.

This led to several of the local youth acting as extras in the play, Mr Giannini said, adding “the kids were exhilarated by that, just pumped”.

A local partnership between the Department of Human Services, Berry Street and various other cross-sectoral Gippsland organisations brought HighWater to the Latrobe Valley.

He said the HighWater group had emphasised “we need to be realistic about the work required to bring something like this in (to the area), and that it is an education program”.

He said there was “a strong commitment from organisations and the community to see how we can work together to start implementing something along these lines, with drama and the creative arts”.

Mr Giannini said an outlet allowing at-risk kids to express themselves creatively appeared to be beneficial.

“There is no data to measure that, but I think it is in what you see,” he added.

“It was really raw and incredibly moving, I was very touched by it,” one said.

“It was such an interesting insight into the ‘system’ and the challenges faced by homeless kids – not only these kids but the people working so hard to help them.”