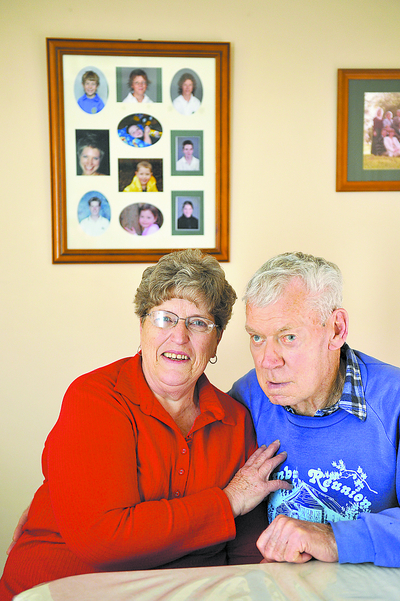 WHEN Gwenda Husson’s husband Alex was diagnosed with Parkinson’s disease 17 years ago, she did not expect it would be a constant battle for them to receive support and care throughout his treatment.

“There was nothing,” Mrs Husson said.

Parkinson’s disease is a chronic, progressively degenerative neurological disorder which affects the control of body movements.

“It is so important to have support, there are so many unknowns when first diagnosed about what the future holds and everyone is different with their symptoms,” she said.

“You just don’t know what is ahead of you.”

The group now have a new battle on their hands and have joined forces with many Gippsland Parkinson’s support groups, in an attempt to get a full-time specialist movement disorder nurse to Gippsland.

The benefit of a specialist nurse would avoid long trips to Melbourne, which is a trip Mrs Husson said eventually becomes “impossible” for sufferers.

Gippsland currently does not have any Parkinson’s nurses stationed regionally, where it is estimated there are around 1400 patients, of which more than 350 are under the age of 50.

Gippsland support groups have been lobbying since 2009 for State Government funding to support a specialist movement disorder nurse, but so far “had no success”.

However, the proactive group are now ramping up their campaign and have a scheduled meeting in Bairnsdale on Friday, with more than 200 people in support of getting a full-time specialist movement disorder nurse for Gippsland.

“The alternative for some people who don’t have their own neurologist is a problem,” Mrs Husson said.

“They are in limbo because if your general practitioner does not fully understand Parkinson’s like a movement disorder nurse does, it becomes a problem.

“It would be more comfortable for them to know that there is someone here for them.”

Mrs Husson said some patients were not able to speak directly to their neurologist as information was translated through nurses, which was a “big problem”.

“People who are newly diagnosed, sometimes it takes a while to get the medication to suit their needs and often they need a change of medication,” she said.

“Having a specialist nurse here would give you the confidence that you are on the right track with your treatment.”

Last month it was announced, after four years of campaigning, Mildura Parkinson’s Support Group received funding for a movement disorder nurse, which Mrs Husson hoped Gippsland would also be successful at receiving.

Among Australians over 55 years, Parkinson’s is more prevalent than breast cancer, with one in 350 being affected.

Still a frequent bushwalker, Mr Husson recently completed a 10-kilometre race and was adamant he would not let Parkinson’s affect his wellbeing.

“There is only one positive way to diagnosis it, and that is a post-mortem examination and I said ‘I’m not ready for that yet’,” Mr Husson said.

The public meeting will be on Friday, 10 August, from 9.45am at Riviera Christian Centre, 103 Lindenow-Dargo Road, Bairnsdale.