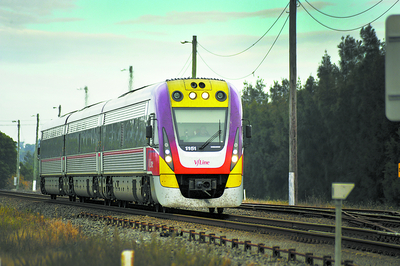 A proposal to terminate Gippsland V/Line services at Pakenham been labelled an act of desperation and interpreted as an ominous sign for the problematic route’s future by a commuter representative group.

While the proposal, designed to free up the route to introduce more metro services, has been widely criticised by V/Line users and local politicians, Public Transport Users Association regional spokesperson Paul Wescott told The Express on Friday the move indicated a solution to Gippsland’s rail woes could be further off than initially thought.

“This is Metro cutting their cloth to fit their budget, but it also clearly suggests they are not hopeful a more fundamental and necessary upgrade solution is on the horizon,” Mr Wescott said.

Hosting the longest stretch of metro track in the Victorian network, the Gippsland line has consistently returned the worst Victorian performance figures in the state since before 2006.

Mr Wescott said the only hope for improving the V/Line service – such as a track duplication, initially planned by the former State Government, or an extensive upgrade in track signalling such as the existing and “effective” system on the Box Hill line – required significant financial investment from government.

“This is a quick fix for their (Metro’s) own problems; but it does seem an extraordinary move because it does involve significantly reducing the convenience of regional commuters,” Mr Wescott said.

State Member for Morwell Russell Northe said all Victorian rail network operators put forward initiatives regularly to enhance the network, however he said the only difference in this occasion was simply that it was “outrightly objected” by the community and government.

“Debate about what’s needed for the Gippsland line is not something we should shy away from,” Mr Northe said, adding a track duplication and signalling upgrades were not the only solution for Gippsland’s performance issues.

“While they are not so ‘sexy’ upgrades; the most recent state budget included substantial funding in terms of extra V/Line carriages, of which I am very confident Gippsland will be the beneficiary of.”

However, Mr Northe was unable to detail how many extra carriages the Gippsland line was expected to get.