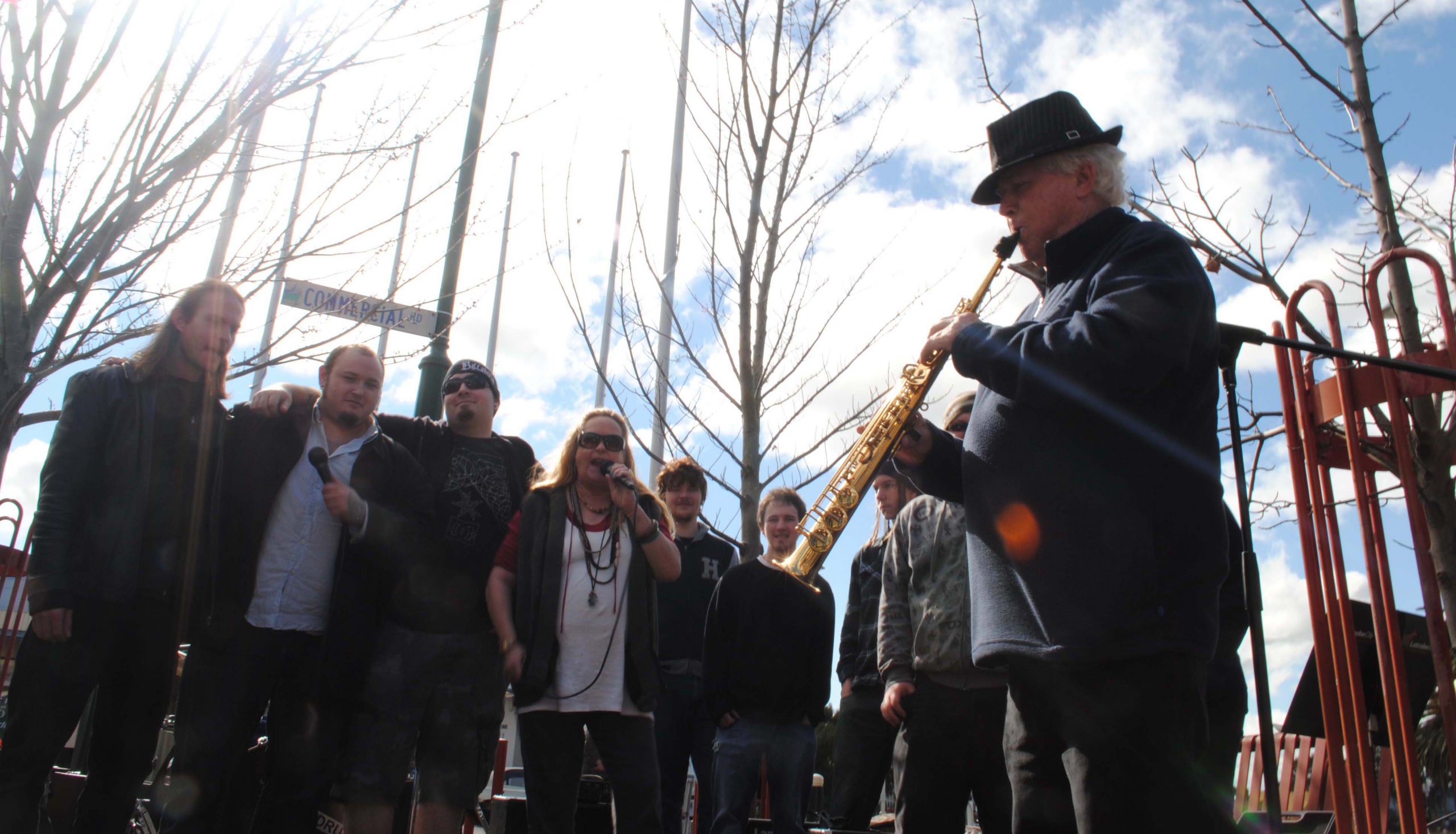 It was a jovial scene on the streets of Morwell of Monday; echoes of guitar, drums and vocals bounced through the commercial district as a cohort of local musicians staged an impromptu live set.

But for the local musicians, all students and teachers of Morwell’s Central Gippsland Institute of TAFE’s music department, there was a sense of foreboding.

With the catalogue of Gippsland’s TAFE music courses on the verge of being cut from the curriculum as of 2013, there was little cause to celebrate.

“This really sucks; music is just my passion – it’s the one thing I can tolerate doing all day, every day, and want to pursue as a career, but what are we going to do without the course now?” local student Trent Greenough said.

Enrolled in Certificate III in Music, Mr Greenough has plans of working in the music industry and enrolling in a Diploma of Music next year.

The potential purge of the musical courses comes as part of GippsTAFE’s ongoing struggle to determine which courses will survive an ongoing curriculum overhaul, forced by the recent State Government TAFE funding restructure, which saw $300 million in funding cut from the sector.

While the majority of the 65-plus enrolled students will be able to complete their current courses this year, as of 2013, no alternative career based musical courses will be on offer anywhere in Gippsland.

According to teachers, the move will leave locals pursuing a career in the music industry with a tough decision; abandon their dreams, or leave the area.

While Mr Greenough said he could easily slot into an alternative industry job if he had to, he was intent on pursuing his career ambitions, and will move to the city if the courses are cut.

“It’s been very disappointing,” he said.

For music educator Paddy O’Dowd, who has taught music at TAFE for 20 years, the past couple of weeks have been “very distasteful”.

“We are not really sure who is responsible about this decision; we were told the news a couple of week ago, but it’s all very much in limbo, we have been info-poor on this,” Mr O’Dowd said.

GippsTAFE acting general manager teaching and learning Bradley Beach confirmed the music department, which hosts a raft of professional music and radio courses, was under review.

“I do have concerns about those music programs; it’s not likely we will be able to continue those programs into 2013,” Mr Beach said, stressing the entire TAFE curriculum was being assessed on a cost-benefit basis.

“At this point, I am not telling you the music department is shutting down, but we are certainly looking at viability of the programs, and I would suggest somewhere around October we would have a definitive answer. “

Mr Beach said the institution was clearly aware of the concerns held by teachers and students.

“The music program has had a strong history, it’s been something we’ve been quite proud of … there’s no doubt in my mind the community values the music program, and we are here to service the Gippsland community,” Mr Beach said.

“The last thing I want to do is shut down what has real value in the community, and I don’t want to rush into a decision without all the available options, but there are some decisions that are being made that we are really struggling with.”

State Higher Education and Skills Minister Peter Hall did not respond to a call from The Express.

TAFE educator Doug Irwin, who would be celebrating his 20 years at TAFE next year, said he was “very sad” about the news.

“I always thought TAFE stood for ‘Training Available For Everybody’ … as soon as you start getting comfortable in this place, they cut things back,” Mr Irwin said.