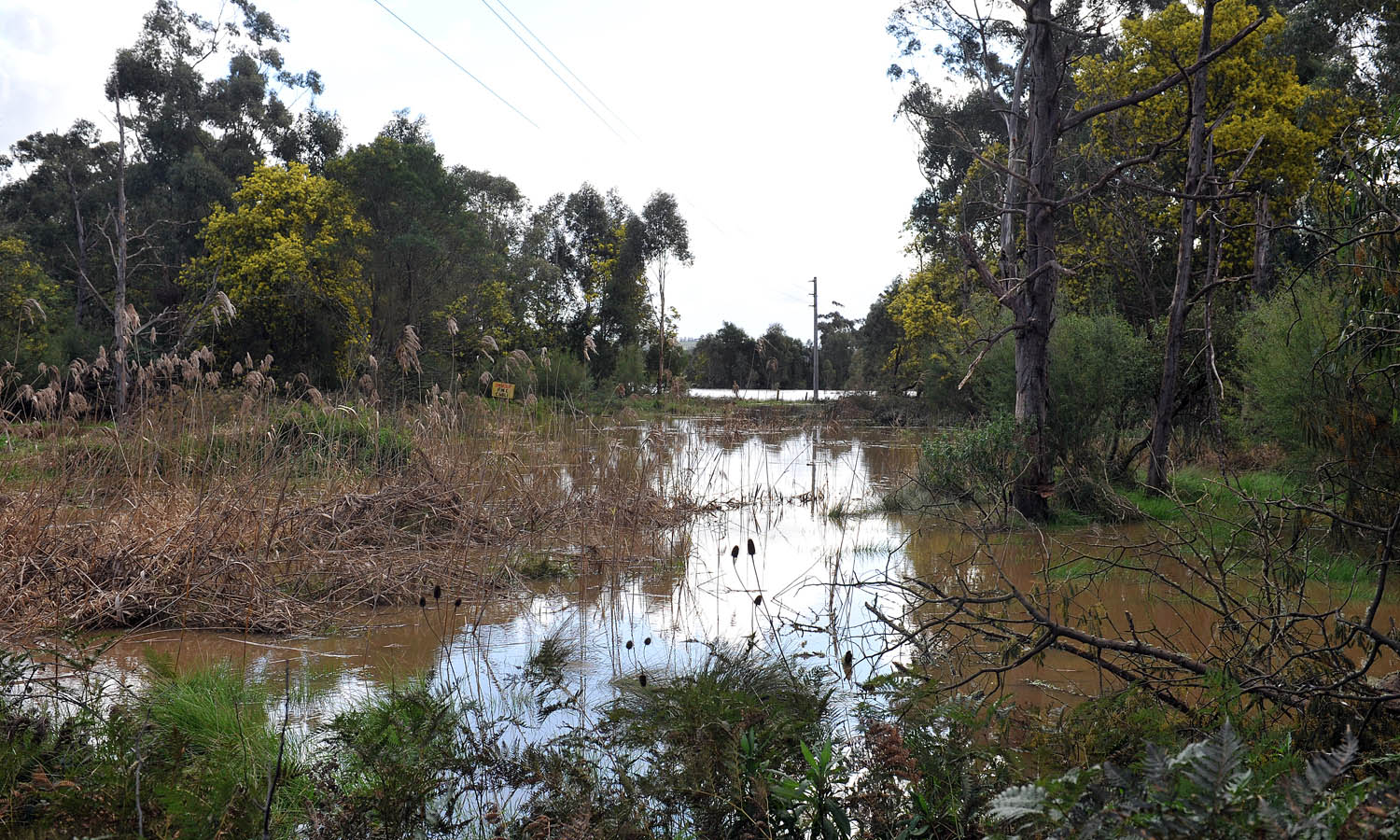 Major works to repair a section of V/Line track next to the Morwell River Wetlands are yet to begin, 12 days after the line was closed due to track subsidence.

The extended delay comes as the repair effort transformed into a sensitive environmental operation last week, with plans to lay an access track for excavation and construction equipment becoming subject to Department of Sustainability and Environment approval.

The incident has crippled the rail service east of Moe, with commuters transferring to and from Morwell and Traralgon stations via road coaches.

V/Line crews were due to begin work laying the access track on Saturday, after the effort received DSE approval on Thursday, with Federal Government approval due to have been granted on Friday.

Multiple drive-bys past the site last week by The Express revealed little to no visible activity on the site as late as Friday morning, however as of Friday afternoon the site had become a hive of activity.

V/Line spokesperson James Kelly said the removal (and replanting) of trees, protection and mitigation of the “dwarf galaxias” fish species, that exist in the area, were some of the issues which required DSE approval.

“The site has significant environmental values and provides homes to a number of native species including a native rat… environmental management plans are being put into place to protect these (and manage water quality).”

Mr Kelly said plans to drain water surrounding the site were due to begin this week, and he was “confident” V/Line would be able to minimise impacts to native species on site.

“Due to the amount of water at the site, we need to build a dam to both draw water away from the embankment, and to have a catchment area should there be further rain,” another V/Line spokesperson said, adding the next step would be to reinforce six drainage culverts underneath the track embankment with concrete.

The spokesperson said its deadline to have the trains running again by early October was dependent on the weather in the coming months.

The Express understands as the V/Line track and embankment was downstream (north) of the constructed Morwell River Wetlands, wetland vegetation in the immediate vicinity of the track is likely to consist of remnant natural regrowth following the track’s construction.