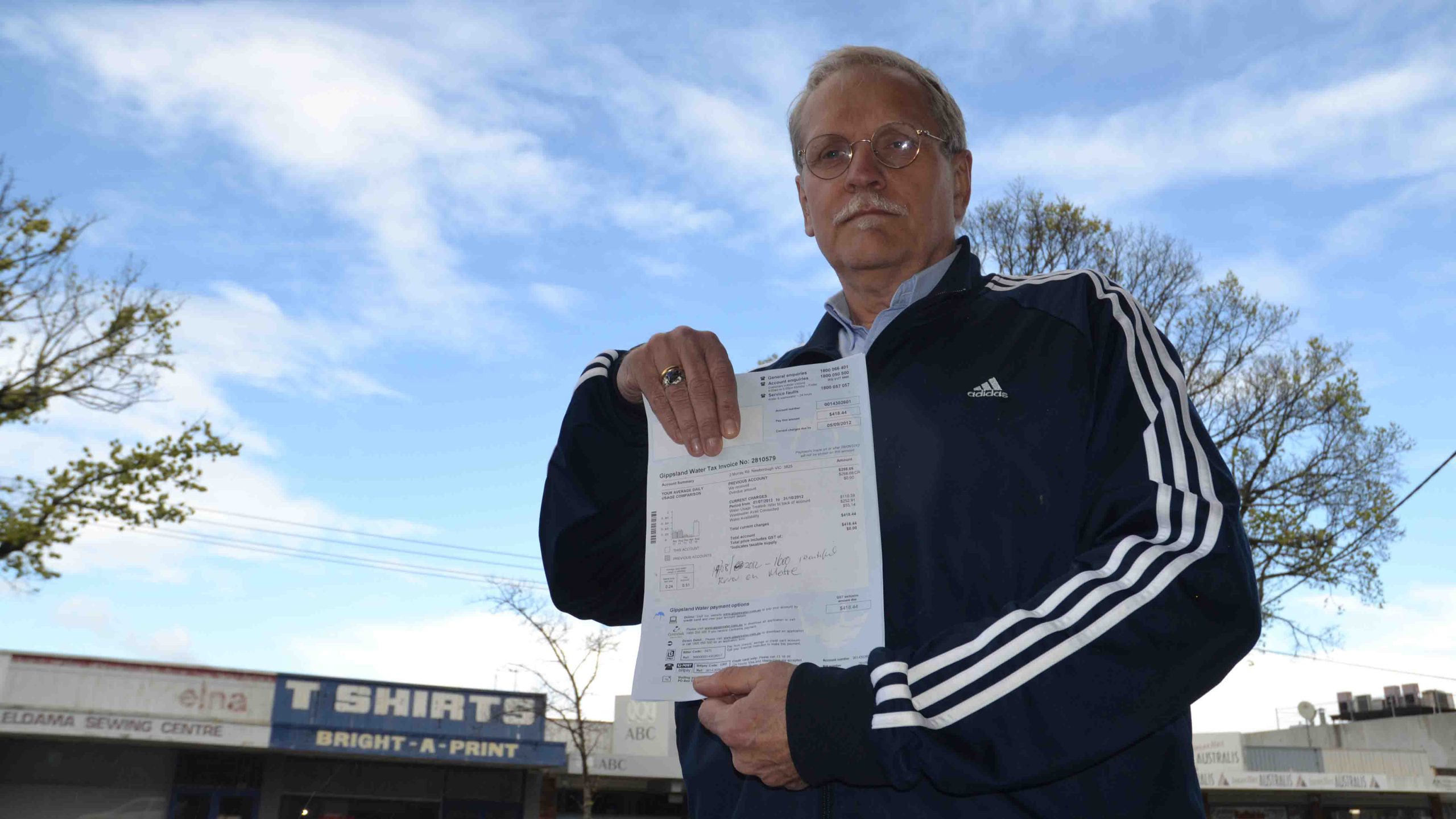 LATROBE Valley water users have been urged to monitor their water bills, after a Newborough man was overcharged $110 by Gippsland Water for water he never used.

Peter Pildre has questioned how many of Gippsland’s households have been overcharged, after receiving an incorrect meter reading at his parent’s vacated property, where the water mains had been shut off.

According to a bill Mr Pildre received last month, the property had used 60,000 litres of water between 10 April and 7 August, more than twice the amount used on the property when occupied the previous year.

However Mr Pildre said the Newborough household has been vacant since September 2011, when Mr Pildre’s parents died, and while cleaning and renovations had occurred on site earlier in the year, there had been “no water used on site for months”.

“My first thought was I had got a leak, so I inspected around the house and went underneath, but it’s difficult access; it took three hours to properly check underneath for any leaks, but I couldn’t identify any moisture spots,” Mr Pildre said.

After a further three hours of monitoring the water meter for changes, Mr Pildre raised the issue with Gippsland Water’s customer support line.

Mr Pildre said after fielding a number of “unhelpful suggestions”, such as calling a plumber, he received an official apology from Gippsland Water’s billing department, stating the property’s water use had been “inadvertently recorded incorrectly”.

A spokesperson for Gippsland Water said the organisation received a “minimal” number of calls relating to meter reading errors from its 64,000 water customers .

“If a customer does correctly identify a meter reading error occurred, the account is immediately adjusted and we express our apologies for the inconvenience,” the spokesperson said.

“If an error… is not identified and fixed at the time the bill issued, the issue will be self corrected at the next meter reading.

“While Gippsland Water endeavours to ensure customer bills are accurate, we acknowledge that at times human error can occur.”

Mr Pildre said had never had to previously monitor his meter readings, as he “trusted” the process up until now.

“If there’s (that many) Gippsland Water customers, I can guarantee I won’t be the only one who gets misread readouts,” he said.

“If we were in drought, this kind of usage should be flagged, but after this incident, they don’t seem to have the ability to check on these things,” he said.

“Water is a very precious commodity, that should be a big part of their service. Are they actually able to stop these leaks?”

Mr Pildre said he raised this issue in his letter of complaint, receiving the following response:

“Gippsland Water agrees with your comments in relation to safe guards when customers’ usage appears excessive and is committed to implementing improvement in this area of our service.”

The spokesperson said Gippsland Water staff were trained to identify highly irregular water usages, and took the additional step of notifying customers in writing to alert them to a potential problem with their internal water service.