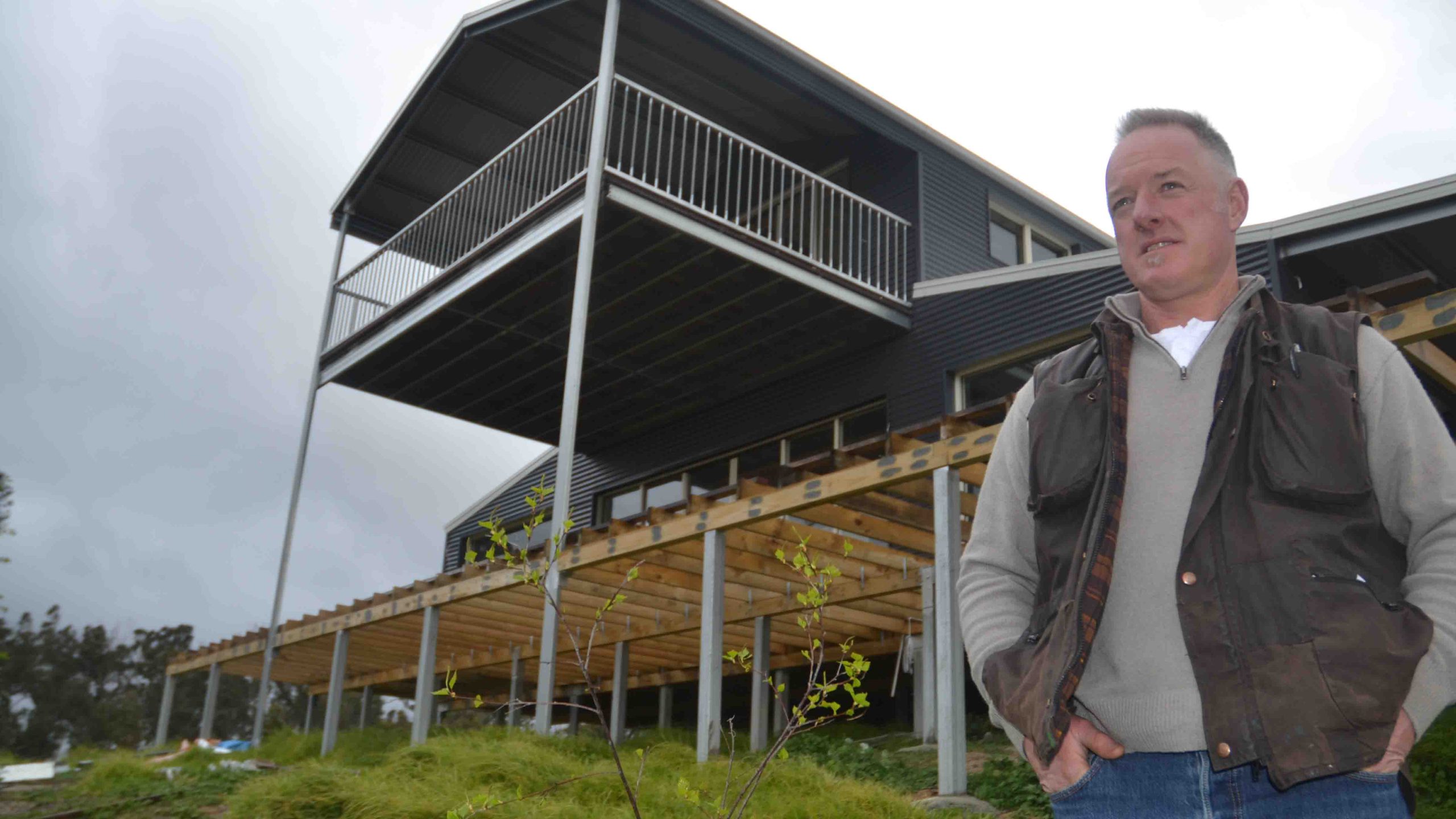 DESPITE having lost all his material possessions in the 2009 bushfires, Callignee resident Ken Grigg has “moved on” emotionally and hopes to have his home rebuilt by Christmas.

Mr Grigg, who is now renting the house next door to where his home in Old Callignee Road once stood, said the new house was being plastered and was three-quarters done.

“It’s been quite okay; I work from home and I’m rebuilding my business, too,” Mr Grigg said.

“I have cattle and sheep as well, so there’s never a dull moment.”

He is one of just five people in the process of rebuilding in the Latrobe Valley, of 25 people still in temporary accommodation following the bushfires.

Unlike Mr Grigg, fellow Callignee resident Anita Charles does not know yet whether her new home will built and ready to move in by Christmas 2013, but remains in fairly good spirits with the advent of spring.

Ms Charles, who lives with her four young children and husband on their property, said the family had been “relatively comfortable” in a cabin, which with a fully-functioning kitchen was “not far off being a full dwelling”.

“We’ve been getting some quotes (to rebuild) and they’ve been more expensive than what we want to spend, so we’re trying to modify our plans,” Ms Charles said.

“We are eligible for government funding assistance; under the (Further Housing Assistance) Gift, that’s helping you get over the finish line after you’ve started building.”

While she admits to missing the storage space, Ms Charles said she and many members of the community were looking forward to spring.

“Winter is hard in less-than-ideal circumstances,” she said, adding a number of residents were keeping busy in community groups, and had plans to tend their gardens as the weather warmed up.

A Callignee Hall committee member and third lieutenant in the Country Fire Authority brigade, Ms Charles said she was aware people were in various stages of rebuilding their homes locally, while others had left the area.

“It’s good to keep distracted with community events,” she said.

“The kids are looking forward to having a proper home again.”