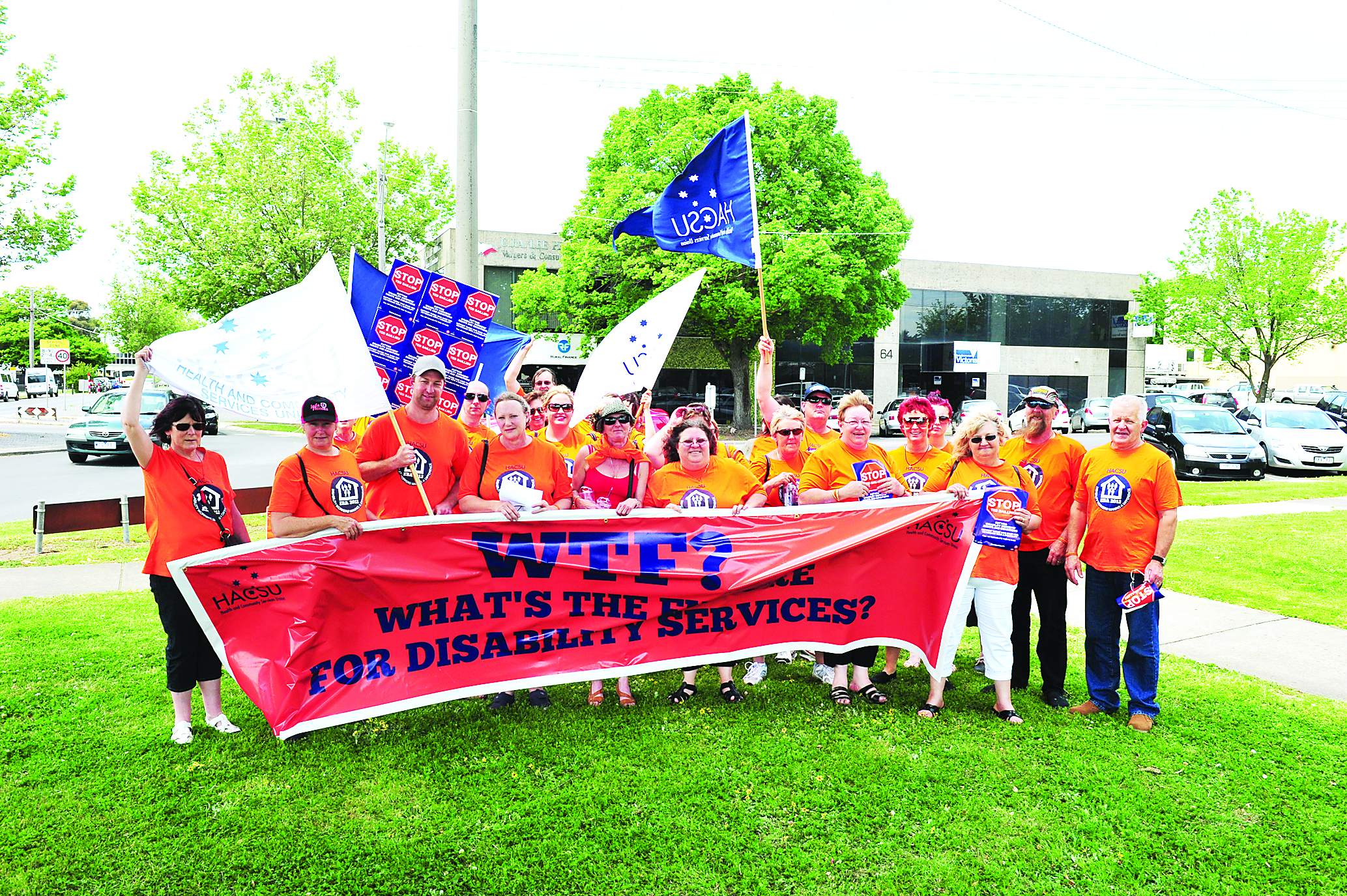 CHANTS, boos and whistles, along with the sounds of tooting car horns in support of rallying Department of Human Services workers resounded outside the office of a local politician in Traralgon yesterday afternoon.

A crowd of about 40 disability support workers from across Gippsland gathered outside local member of parliament Peter Hall’s office, chanting “W-T-F…what’s the future?”.

They were hoping to highlight their disenchantment with the State Government’s plan to cut shift allowances and pay increments in one of the most vocal rallies the Latrobe Valley has seen this year.

However, just after the protest, union representatives said the State Government and the Health and Community Services Union had just agreed to take conciliation efforts to Fair Work Australia, speeding up negotiations to twice a week from 9 November.

“This is a positive step,” HACSU assistant state secretary Paul Healey said, adding negotiations for a new enterprise agreement had been ongoing for six months.

“We’ve had up to 20 meetings but not much had been resolved at all; Commissioner (Julius) Roe will go through everything step-by-step and hopefully make some progress.”

Mr Healey said disability workers were seeking an 80 per cent pay rise over three years, but instead the government had proposed to cut their holidays, loading and penalty rates.

She said there were up to 150 disability workers in the Latrobe Valley in the 10 community residential units or homes, but they had been “terribly understaffed” for the past three to four years.

“In the last couple of years, some staff have had to work 90 to 100 hours per fortnight, or 30-hour shifts because there’s no-one else… we’re burnt out,” Ms Oldham, who is from Churchill, said.

“We will fight for as long as it takes; we care for our clients and do things which are not recognised and appreciated, and sometimes we are not even paid for it.”

A spokesperson for Community Services Minister Mary Wooldridge said the government valued the role of the disability service workforce in ensuring better outcomes for people with a disability.

“The government is negotiating in good faith for a new enterprise agreement that includes a fair and competitive wage increase for workers, as well as a number of proposals that will result in improved service delivery to people with a disability,” the spokesperson said.