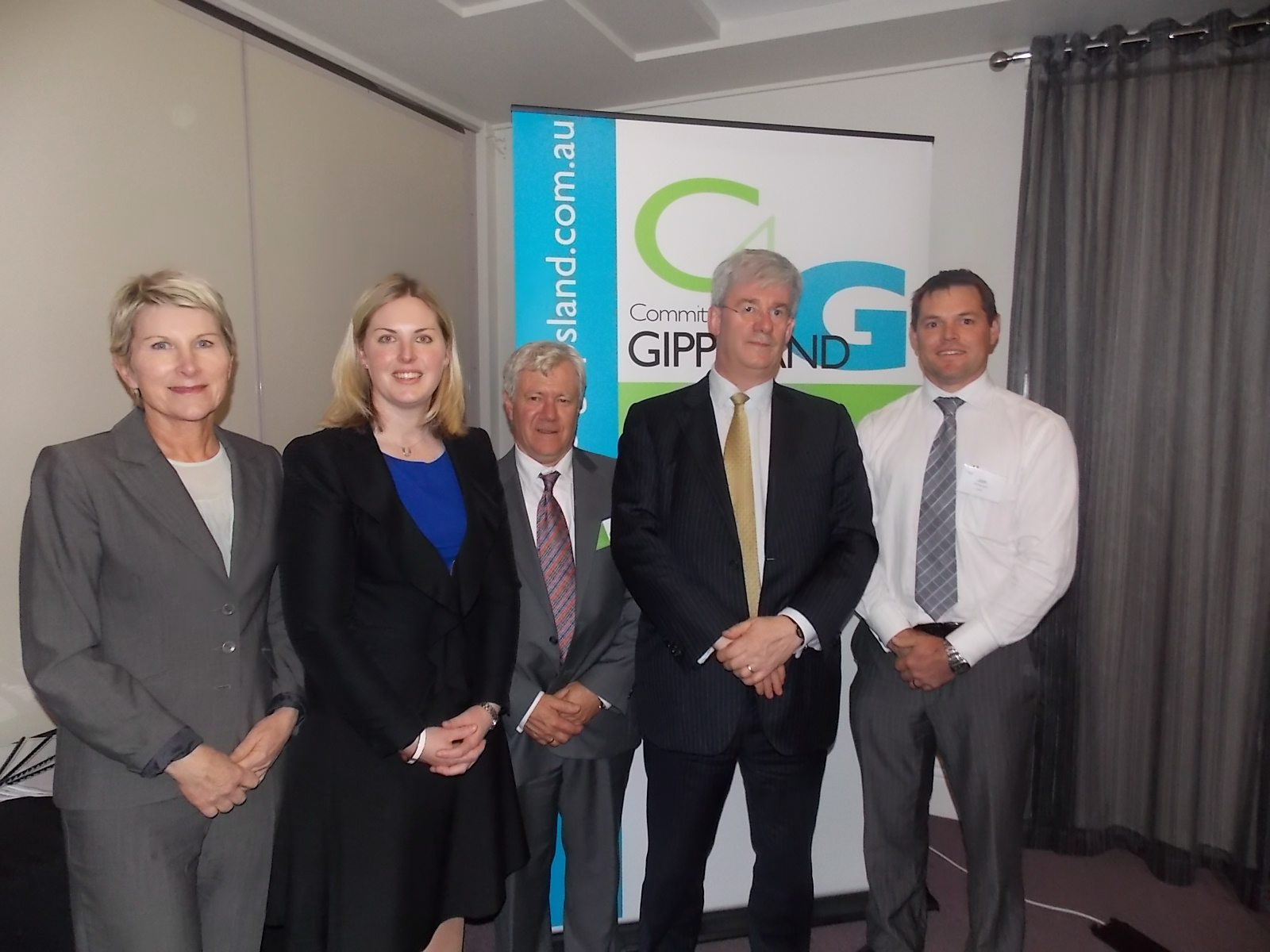 THE Committee for Gippsland has capped off a busy fortnight with a final ministerial forum for the year and the appointment of its 2013 board.

She said they were also able to emphasise to the minister why the region was an “ideal place to invest in”.

Some of C4G’s key events for the year included energy workshops with Federal Energy, Resources and Tourism Minister Martin Ferguson and State Energy and Resources Minister Michael O’Brien, the manufacturing forum and a transport and logistics forum, Ms Aldred said.

She said C4G had been “active on several advocacy fronts” including the National Broadband Network, the National Food Plan and work on regional transport and infrastructure projects around the region.

“2013 offers to be a big year ahead, starting with the launch of the Gippsland Community Leadership Program’s 25 candidates in February, along with a renewed focus on attracting infrastructure projects and major events to the region,” she added.