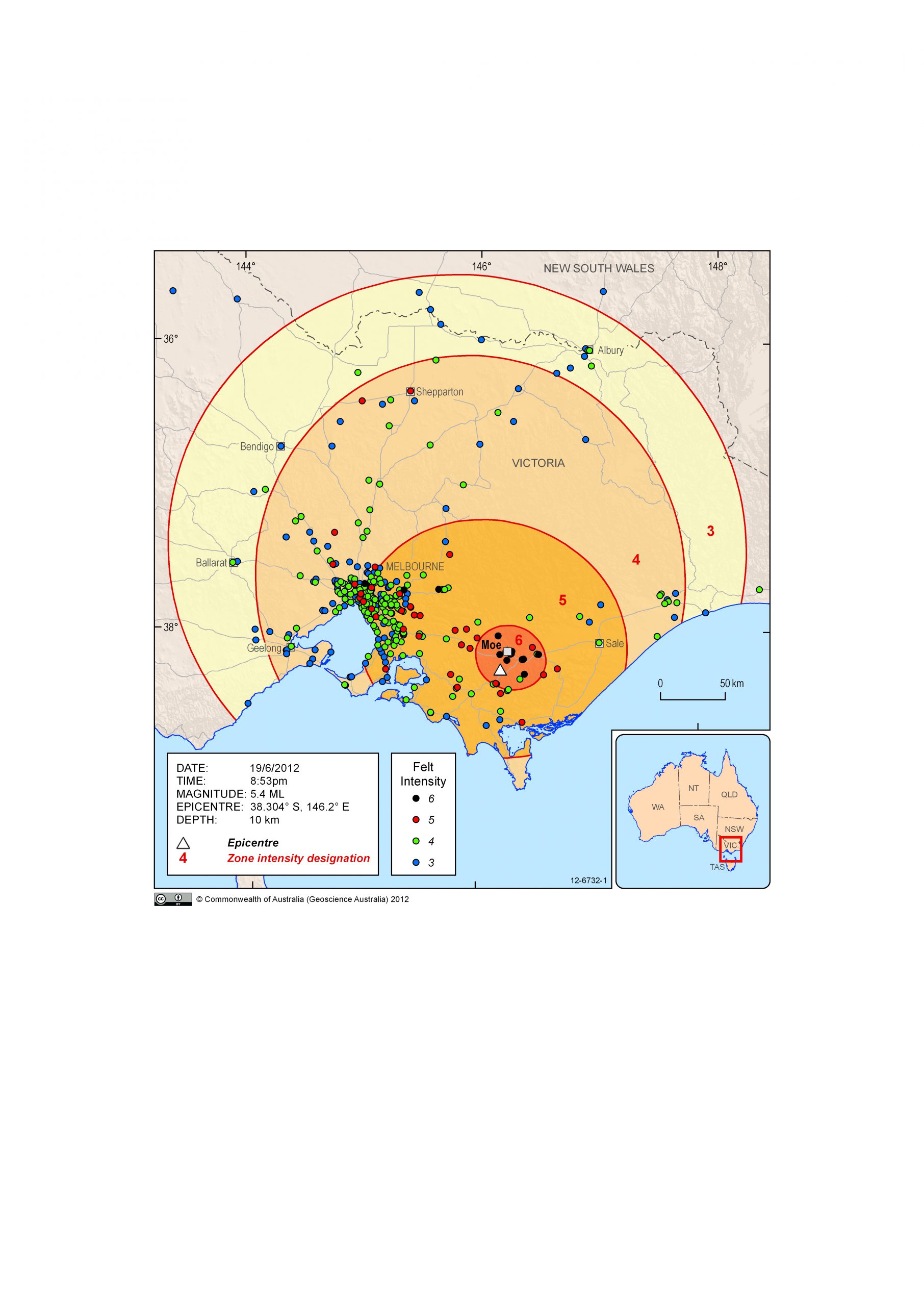 Churchill building surveyor Rhys Hardy, of Mulgrave-based building contractor 4-Dimensions, has been surveying damage on behalf of insurance companies since the event, and said he was still responding to three or four claims a week.

“It’s been ongoing because everyone has heard of other people making successful claims, however the majority of calls we are responding to now are cosmetic, just cracks in plaster really,” Mr Hardy said.

“We should be getting to the tail end of the claims now probably… but I’m getting sick of hearing people’s stories (about the event)everyone’s got the same ‘things were shaking’ story.”

An investigation into the earthquake by Geoscience Australia, considered Victoria’s “most significant” earthquake in 30 years, found it was felt as far away as north east Victoria and southern New South Wales.

According to the investigation, the quake attracted 700 reports with some coming in from more than 200 kilometres away in Shepparton, where cups were reported to have fallen off tables.

A few reports suggested the earthquake may have been felt as far away as 400 km from the epicentre.

The 5.4 magnitude earthquake was followed by hundreds of aftershocks in the following weeks, the largest of which occurred on 20 July with a magnitude of 4.4.

The quaked matched the intensity of a 1882 quake in Wongungarra, 100km north of the Moe quake, and was slightly stronger than a 5.3 magnitude earthquake in Boolarra.