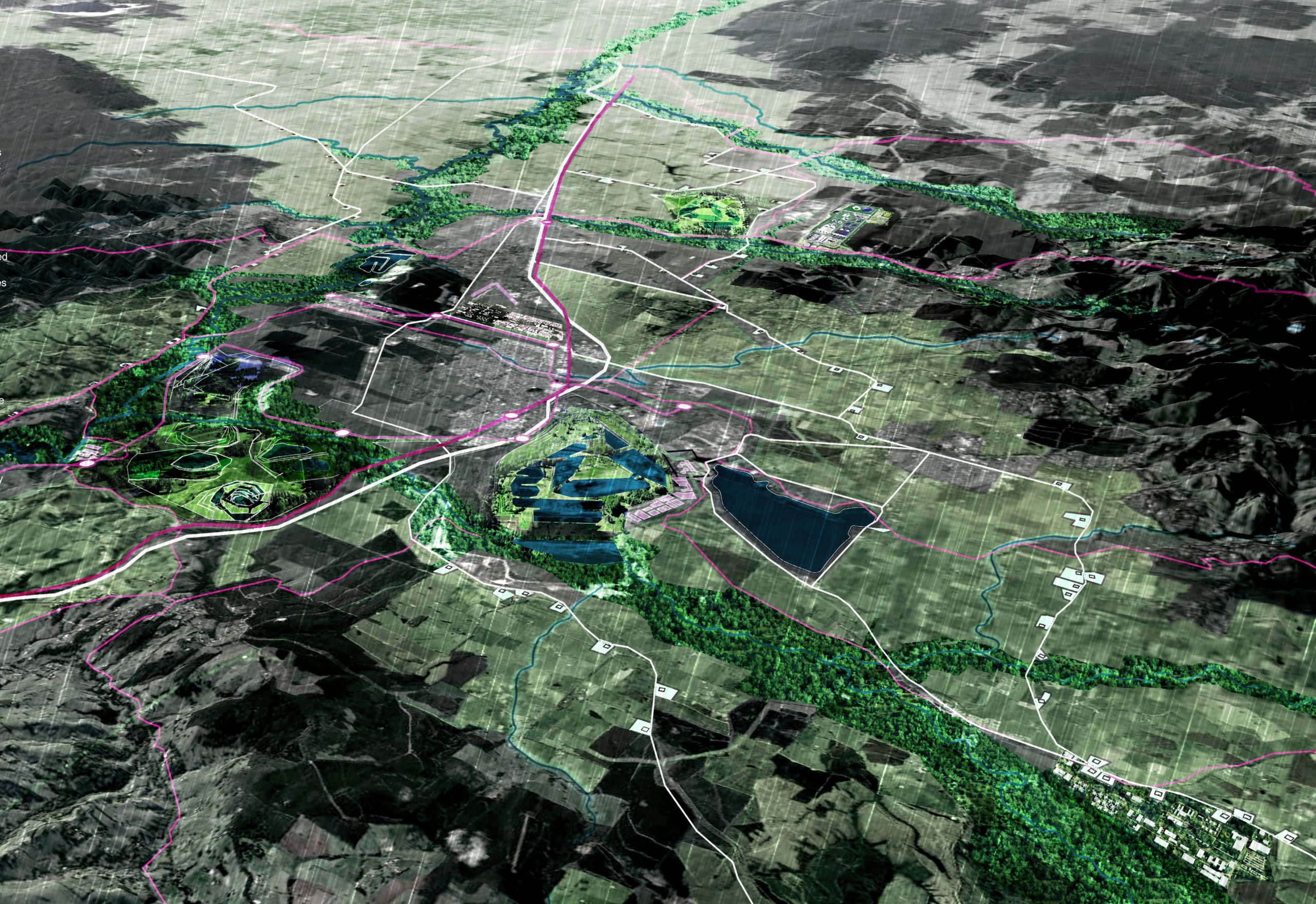 A bold vision in which Yallourn power station’s open cut mine becomes a giant composting facility has taken out first place in an international urban design competition.

RMIT University announced the winners of its ‘Transiting Cities International Design Ideas Competition’ on Friday night, after a call out for designers to conceptualise a “transitioned” Latrobe Valley, in a low carbon economy future, attracted 60 submissions worldwide.

In a “down to the wire” decision, a team of 13 local and international judges recognised an entry by a group of Missouri-based designers, titled ‘Reassembling Flows’, which saw the Valley’s brown coal open cut mines utilised as a variety of water-based infrastructure.

About 300 people attended Friday night’s award ceremony and exhibition at RMIT’s Design Hub, a level of interest RMIT School of Architecture senior lecturer Craig Douglas said reflected an ever-growing acceptance and appreciation for the role an evolving physical space played in a community’s functionality and vibrancy.

“Understanding cities are actually dynamic things that keep changing and evolving has become topical; people want to be part of that and are interested in what role they can play in it,” Mr Douglas said.

Latrobe City councillor Peter Gibbons, who attended the award ceremony, said while the submissions covered a range of “wonderful” ideas, he felt some were unrealistic or impractical, but outside-the-box progressive thinking was invaluable to a transitioning community.

“If we are going to completely move on from an old method of economic activity, then all the ideas that need to be explored must be put forward, it gives people the ideas to discuss and helps focus their minds toward the issues that we really want to think about,” Cr Gibbons said.

‘Dirty to Mighty: Brown is the New Green’ by a team of Ontario-based designers, saw a strip of the Valley becoming a technology corridor, housing an integrated hub of clean coal research and innovation facilities, focusing on the liquefaction and gasification of brown coal, and the sequestration and conversion of carbon dioxide.