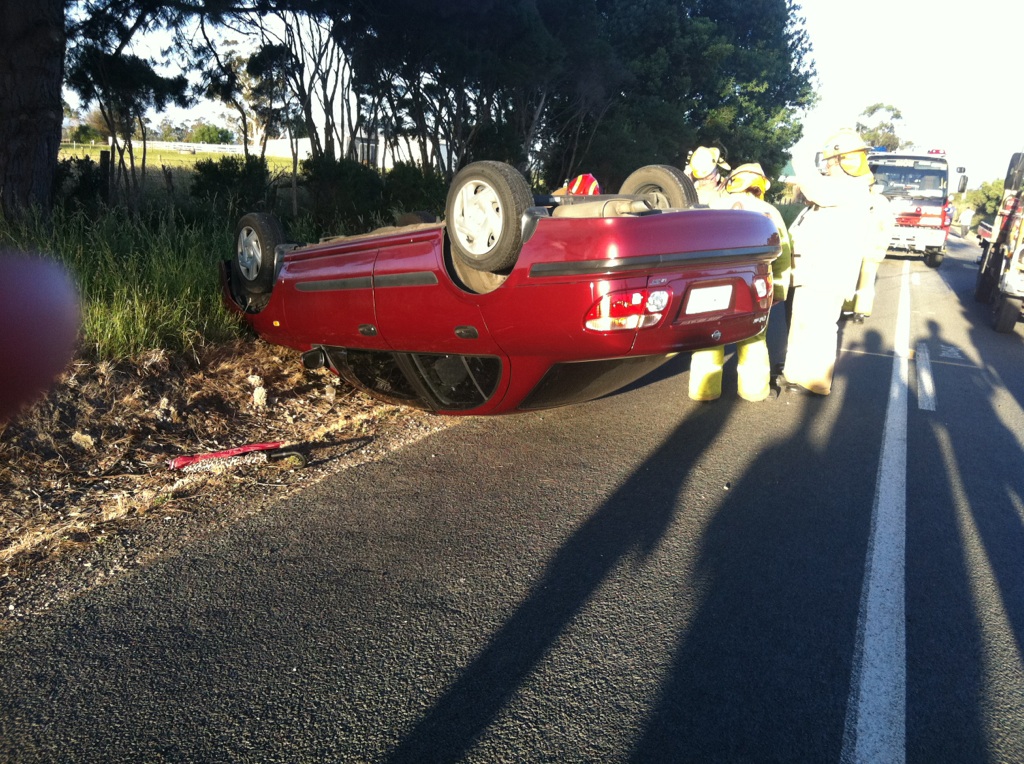 A car accident on Waterloo Road, near Moe, caused by a “very large pothole” last week has prompted planned repairs to the “dangerous” road to be brought forward.

Trafalgar resident Michelle Brown was driving home from Moe when she hit an “unavoidable” pothole, causing her car to upturn.

Trafalgar police Senior Constable Kevin Scouller said Ms Brown had slowed down and skidded as she approached the hole which caused her car to roll over.

Ms Brown said while she was uninjured, she was “extremely shaken up”.

Ms Brown said the road, which she uses several times a week, had been in poor condition for a long time, but did not think it had ever been that bad.

“I finished up right in front of a tree; I could have gone right into the tree.”

She said she saw the 60 kilometre per hour speed limit sign Baw Baw Shire Council had installed about 100 metres before the hole, but was doing “well-under 60km/h” when she hit the pothole.

Snr Const Scouller said Ms Brown may not have approached the hole with enough care, but the crash was put down to road conditions.

Police put in a request to Baw Baw Shire for more signage before the pothole.

Baw Baw Shire director community assets Phil Cantillon said, as requested, council has dropped the speed from 60km/h to 40km/h while the road repairs were being undertaken.

“The pothole on Waterloo Road is a failed pavement that appears to have been caused by a spring, which will be determined during the repair process,” Mr Cantillon said.

“The repairs were scheduled to be undertaken this week, but following a meeting between Quality Roads and the council the repairs were brought forward (beginning last week).”

He said council anticipated the repairs would be completed in one week, weather conditions permitting.

Ms Brown said she got the result she wanted, which she hoped would prevent other accidents, and thanked everyone who helped her for their support.