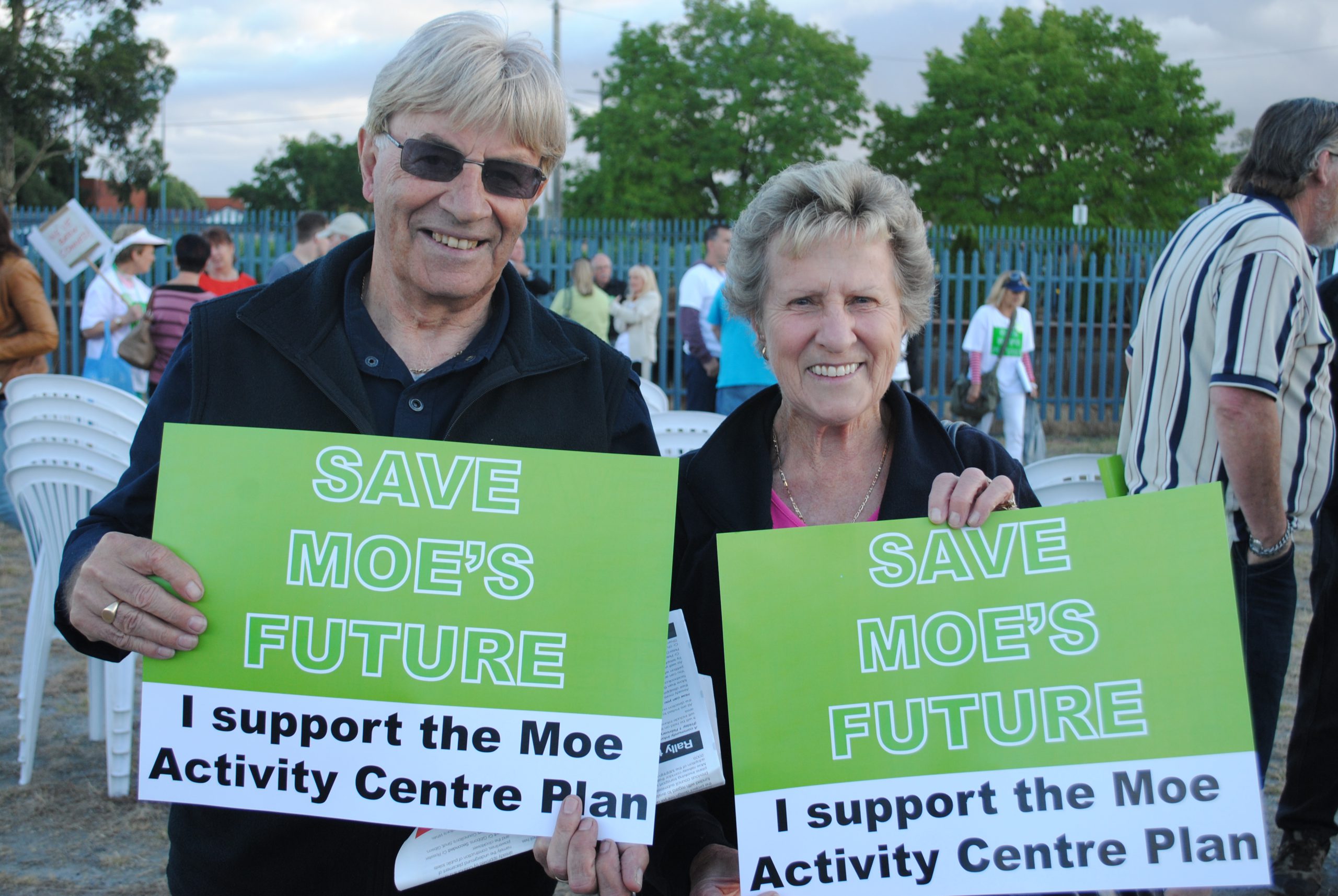 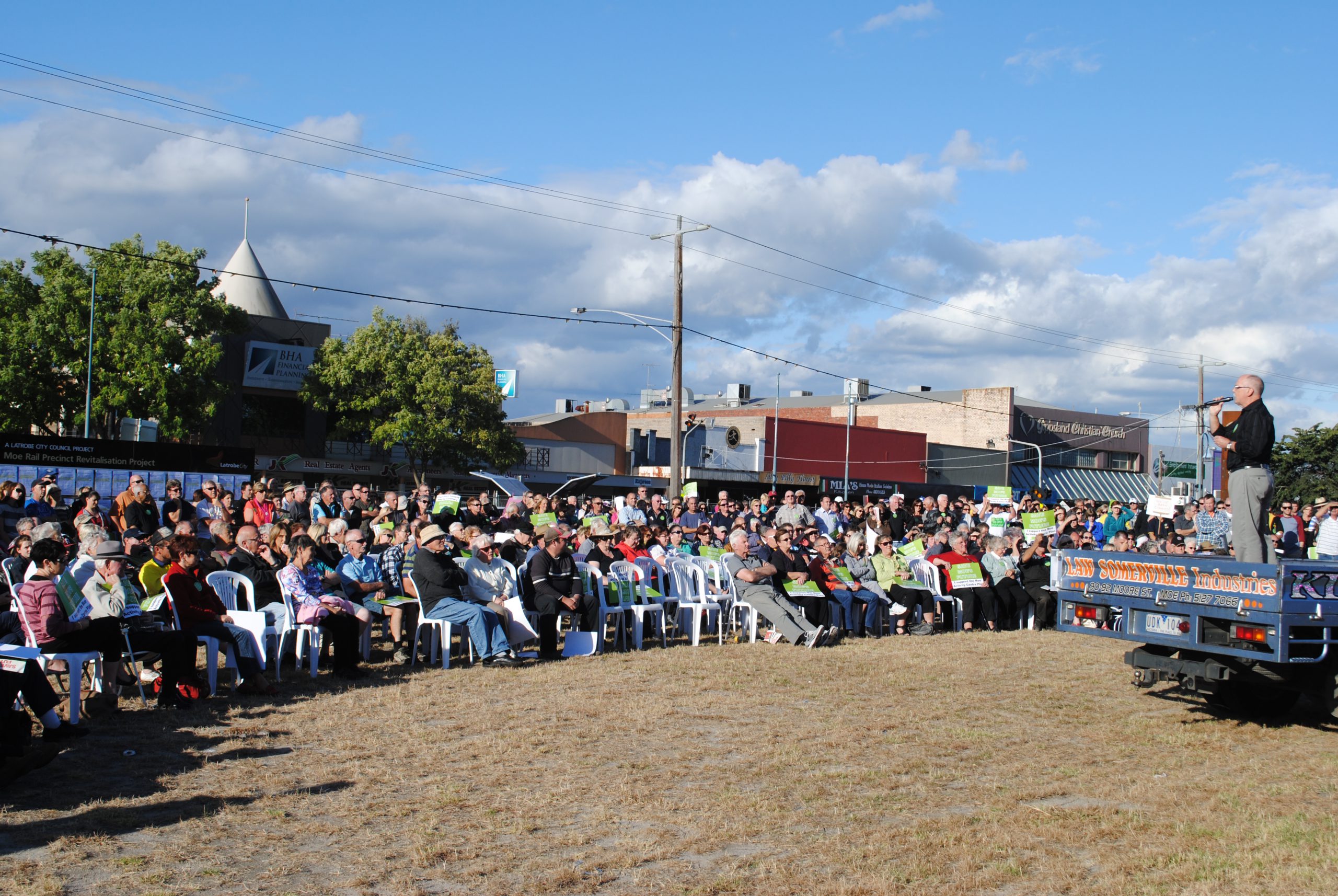 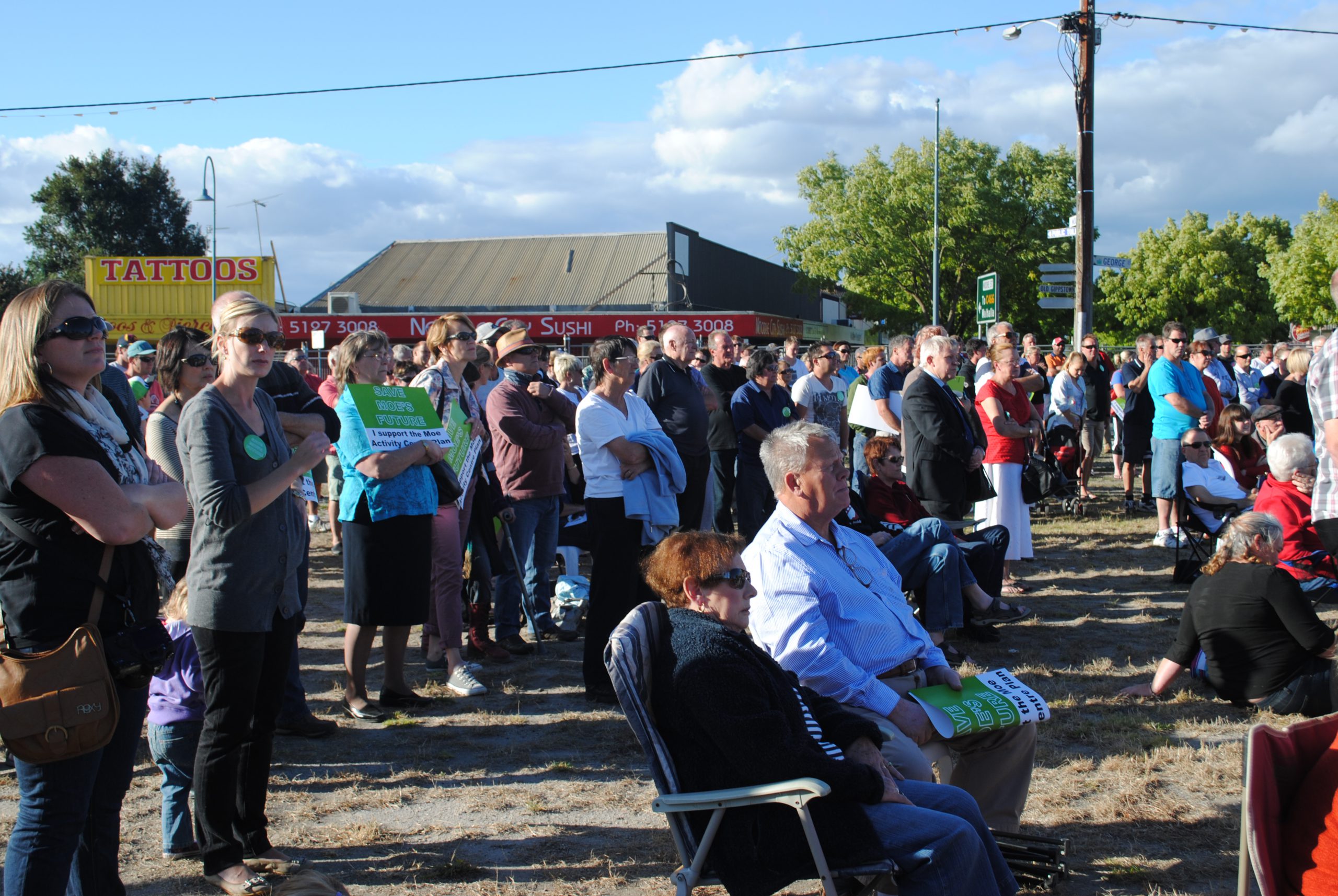 Committee for Moe president Manny Gelagotis put forward the “motion” that “those here tonight have no confidence in (Latrobe City) councillors Sharon Gibson and Peter Gibbons” and called for them to “resign immediately”.

Mr Gelagotis was the last of 11 speakers at the information night, dubbed a “Rally to Save Moe’s Future”.

The meeting was in response to council’s 17 December meeting where a motion was carried to conduct a review of the Moe Activity Centre Plan, halting future works until the review is completed.

Speakers expressed about their frustrations with “certain councillors'” lack of support for the MACP.

About 500 “passionate” community members listened, cheered and applauded for the hour and a half long meeting as the speakers outlined the “facts” about the MACP as Moe’s hope for the future and urged residents to show council they wanted the project to go ahead as planned.

Among the hundreds who attended were Latrobe City councillors Darrell White, Kellie O’Callaghan and Graeme Middlemiss.

Councillors Gibson and Gibbons did not attend.

Mr Gelagotis reminded attendees a council meeting would be held tonight from 5.30pm, urging all who were “passionate about Moe” to get involved in the campaign to push the project forward and attend the meeting.

He also put forward two other “motions” which received the same support as the no confidence motion; that council “immediately” adopt the MACP master plan as detailed in the final report in November 2009 and council seek meetings with federal and state government members to secure funding for the project.

Many attendees held placards, which read “Save Moe’s Future” and more than 100 copies of a four-page double-sided document, which included information taken from council documents about the MACP, community members comments and letters and Latrobe City councillors’ work email addresses and phone numbers, were distributed.

Copies of the more than 6000-signature strong petition were distributed.

Mr Gelagotis said the petition would be taken to tonight’s council meeting.

Moe Police Constable Dean Zweytzer said the crowd was “well-behaved” with just the one “heckler”.