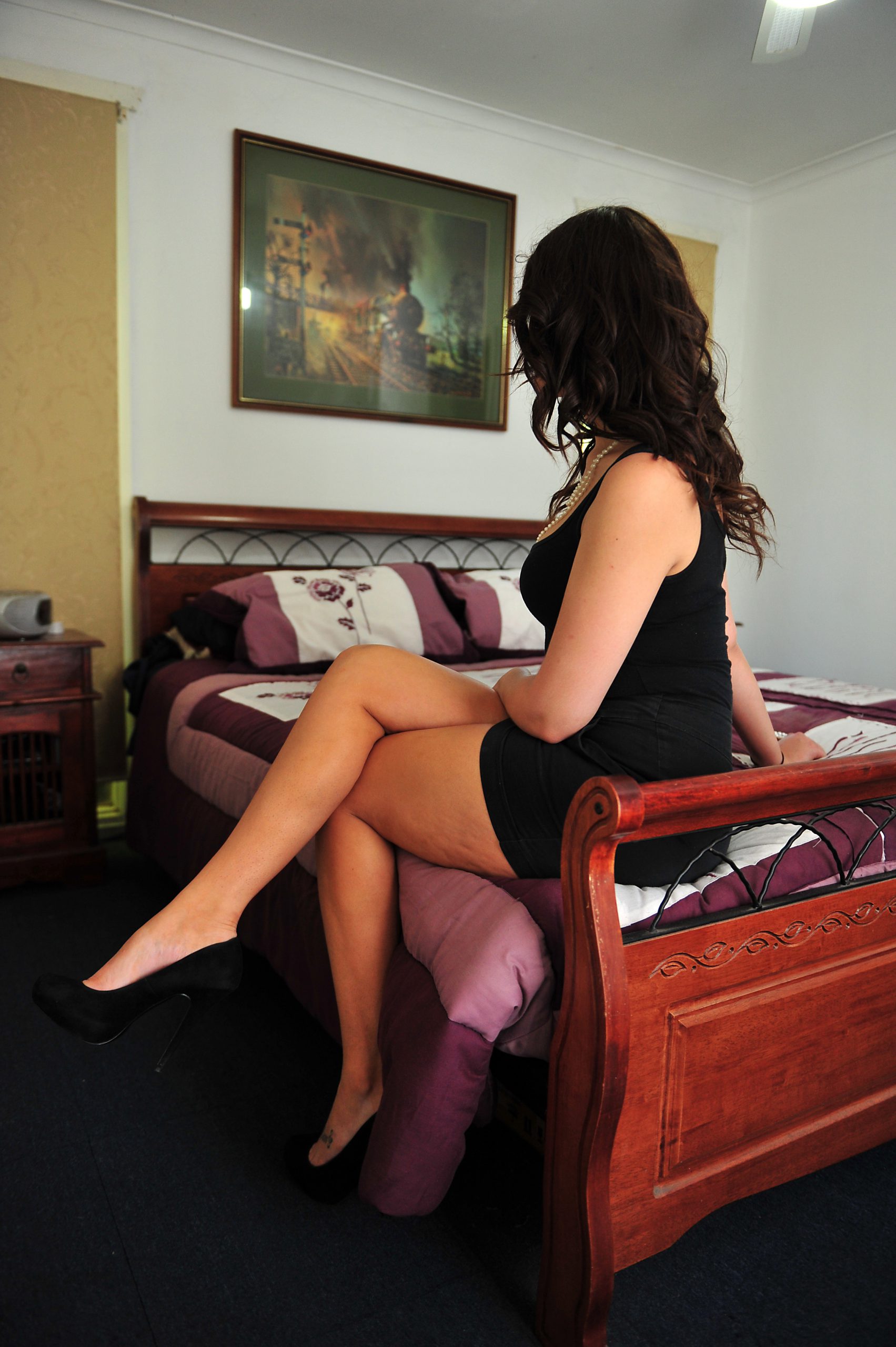 DESPITE having had “plenty of sex” in her married life, the first time Sarah did it for money was a terrifying experience.

“(The client said some things) which made me really, really ill,” Sarah, not her real name, recollected.

“From that night on I learnt pretty quickly not to disclose anything about my personal life.”

As a 15-year veteran of Latrobe Valley’s once booming sex industry, now in a “shocking” drought, it was just one of the many nights Sarah will never forget.

Sidelined from bedroom duties two years ago after a back injury, Sarah, who continues to manage local girls in the Valley’s sole remaining agency, looks back on a “fascinating” career.

“It doesn’t take long to learn the signs to spot early on which tell you to really watch yourself; some clients can develop some pretty obsessive qualities,” she said.

She recalled vividly one regular client in his fifties, “a pleasant enough chap” who brought in big money, before becoming obsessively interested in her personal life.

The situation escalated, until one night while away servicing a client in Bairnsdale, Sarah received a phone call. “He told me he was sitting in his car looking at my apartment, watching my husband and son,” Sarah said, adding the police quickly became involved.

“You get all kinds in this business; at the other end of the spectrum you’ve got the quick movers – the stallions which think they can get the sex for free, they can be just as bad to deal with,” she said

“But they don’t realise that what you see is not actually what you get; you would have to be desperate if you really got ‘into it’ – I would usually be thinking about doing the dishes or paying the bills.

“The rule of the game is to get it over as quickly as possible; we are probably the best paid actors in the business, you just concern yourself with getting the job done and getting paid – there’s no pleasure in it, it’s solely for financial gain.”

Track back 15 years, and finances were a serious problem for Sarah and her family.

No school would take her eight year-old son, who suffered from autism and other challenging behaviours, with specialist medications costing hundreds of dollars per month. With no respite options, for a boy who required round the clock care and attention, the average day jobs were also not an option, forcing Sarah to think outside the box. Through a friend, Sarah became a driver for an agency with 10 girls, accompanying them to and from jobs, usually at a hotel or a client’s house.

As the worker’s only backup if things turned ugly, it required an element of street wise intuition, but more commonly, the ability to listen, as workers would “download” to her after each job.

“Even if its something like (a client) telling you no less than 39 times ‘you’re gorgeous’ during sex, which happened once, you need to tell someone about it; ‘downloading’ is a healthy aspect of the job, it’s good to get it out of your system,” Sarah said.

However the need for money at home soon found Sarah seriously contemplating becoming a sex worker herself. “It was an extremely difficult decision, and it took a fortnight to make it; my husband was very angry with me at the time,” she said.

Moving into her first agency, Sarah would bring in $190 per hour for a local job, with $80 for the worker, $20 for the driver, and the agency gaining the balance.

Bringing in a steady income, Sarah and her husband quickly learnt to cope with the demands of her job on married life, however she had entered a world in which not everything was strictly speaking “by the book”.

Some agencies would not screen their workers for sexually transmitted infections, while others held a raft of workers off the books, many supporting drug habits, while others were known to employ girls as young as 16.

While Sarah acknowledged the seedy history of the age-old profession, so often linked to exploitation, she was adamant prostitution, under the right rules and regulations, was and could be a totally valid profession, despite mainstream public opinion.

“There is a misconception that we are all damaged women, victims, but times are changing; I’ve met many, many brothel workers who are, for example, university students in their final year of law and science degrees – these girls are not ‘damaged’ people,” Sarah said.

“A lot perceive it as being sleazy, but it’s not a service just for sleazy people; we service the handicapped and local agencies and businesses with reputable public standings – solicitors, accountants. Yes, there are still those with habits and problems, but there is always a need for sex workers – there’s even an 80 year-old on the (Gippsland) books for the elderly population.”