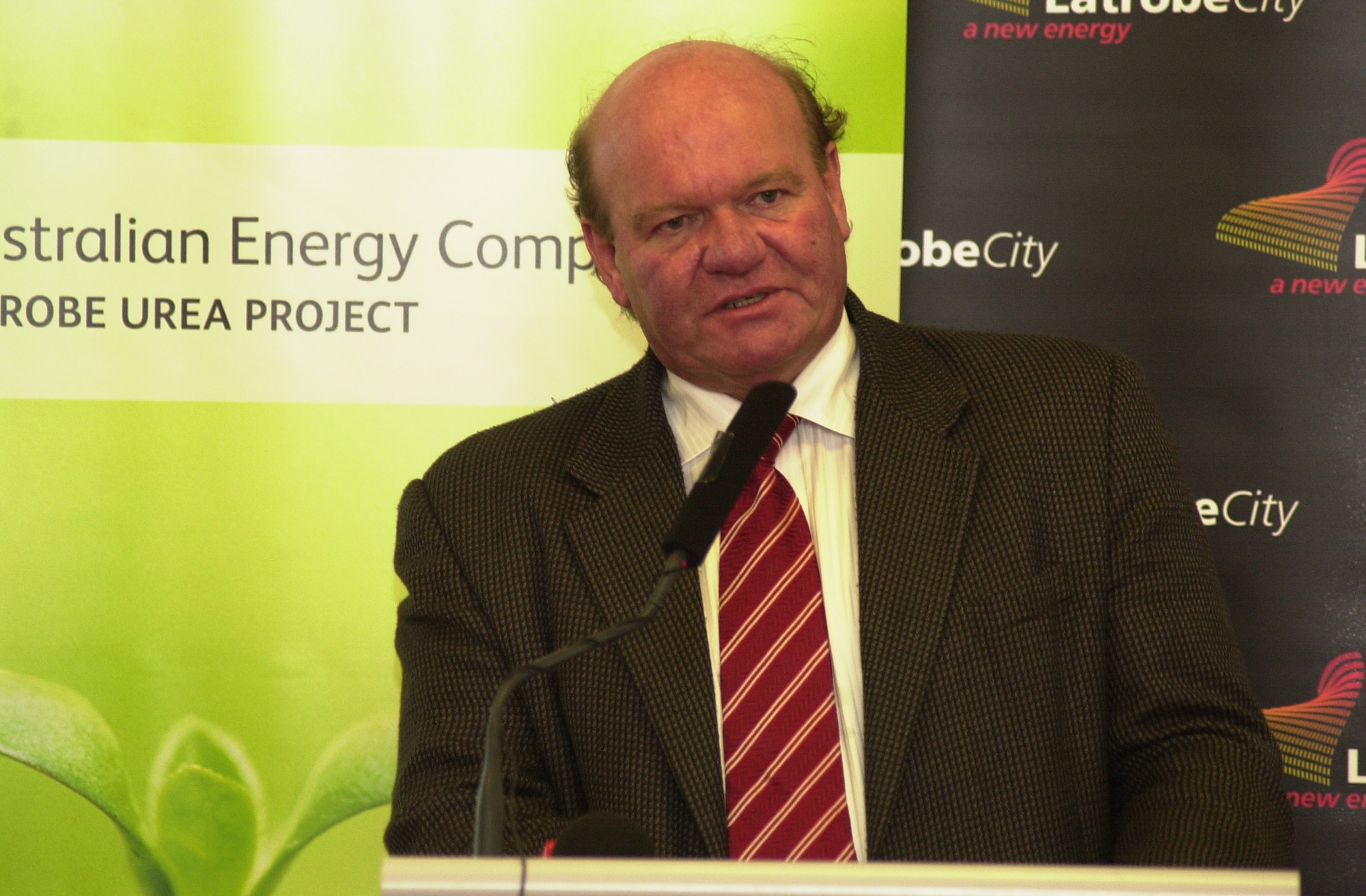 The man who kick started a ‘$5 billion’ coal-to-liquid project, promising the creation of hundreds of Latrobe Valley jobs, only to controversially sell the project off in 2004, is back.

Resurfacing last week to announce his latest project – a coal-to-fertiliser production facility, widely thought to have collapsed – was in fact alive and progressing, project developer Allan Blood has defended his past actions, which left the question of trust in the minds of industry watchers and stakeholders alike.

“Mr Blood’s history in the Valley is infamous, but despite big promises very few people appear to have benefited other than Mr Blood. The big job promises and investment dollars repeatedly fail to materialise in the Valley but Mr. Blood, by his own admission, has done well,” Ms McKenzie-McHarg said in response.

The story behind Mr Blood’s reputation largely begins in 2002, when a company chaired by Mr Blood, Australian Power and Energy Limited, was awarded an exclusive coal allocation by the Bracks Government to develop the coal-to-diesel project.

However in 2004, the company (along with the allocation) was sold out to its major shareholder, Anglo American, which along with Shell, took the ill-fated project forward under the name of ‘Monash Energy’.

By 2012, however, the government had withdrawn the allocation; the project had failed to produce results.

APEL’s sale (which Mr Blood said earned companies he was associated with “many millions”), and more particularly its coal allocation rights, has been used by critics of the government’s current plan to award coal to emerging coal technology developers, as evidence a further allocation would generate large profits for private companies.

“The previous government was dazzled by the coal industry’s flash marketing plan and made a bad decision,” Ms McKenzie-McHarg said.

“The question is will the Napthine Government learn from previous mistakes, or risk creating further windfall profits to big mining barons for no guaranteed public benefit?”

Last month, during the Public Accounts and Estimates Committee’s Inquiry into Budget Estimates, Deputy Premier Peter Ryan acknowledged the ill-fated 2002 allocation, assuring the inquiry the government was “not under any obligation to go to market” with a coal allocation.

While Latrobe Fertilisers last week ruled out an interest in the current allocation process – Yallourn Power Station operator EnergyAustralia confirmed it was in coal supply discussions with the company – Mr Blood said he was happy to share with The Express his version of prior events.

“I think people should understand (APEL) had nearly 200 shareholders including Anglo American, one of the world’s largest companies – it was their decision to take that company over (in 2004) – it was not our decision to sell it,” Mr Blood said.

“I just happened to be a shareholder and a chairman, our shareholders agreed to the sale – from there Anglo spent a lot of money on that (coal to diesel) project before they decided it was uneconomical.

“With a company of that size – which doesn’t have funding problems – one would have hoped it would’ve had the best chance of making that project happen – I would’ve thought their decision to take us over would’ve been a good thing for Valley.”

Mr Blood said more than $100 million was collectively spent on the coal-to-diesel project, during its management under APEL and Anglo American.

“After all that money, Anglo American decided it wasn’t viable, but I think its clear they had a damn good go,” he said.

Mr Blood also addressed suspicions some industry stakeholders shared with The Express that last week’s press release, in conjunction with company plans to make a public stock offering next year, was an attempt to “fatten the company up” for another profitable sell-off.

“People are free to think what they want, but put it this way; the shareholders that have invested money are entitled to sell their shares if they want to, but personally want to see something get built (in the Valley),” Mr Blood said.

“We are spending the money on this project now, and we don’t know if it will be viable, but we are taking the risk and are entitled to any rewards if it works in the future.”