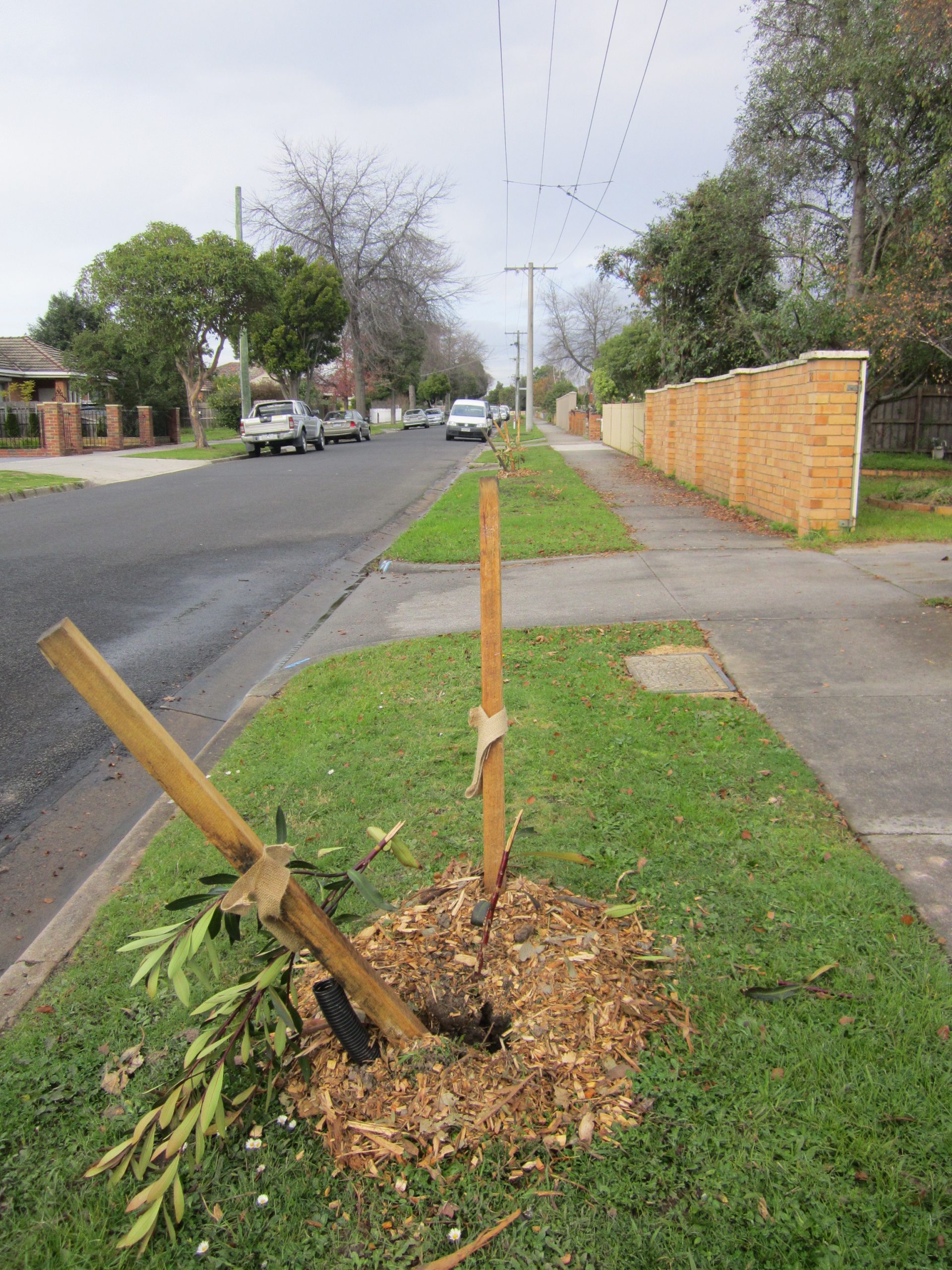 Latrobe City Council has condemned a spate of irreparable vandalism to trees across the Latrobe Valley.

In recent weeks, several young trees along the Moe Yallourn Rail Trail were hacked out; in Fairview Street, Traralgon 13 newly-planted trees were kicked and snapped, and in Madden Street, Morwell several street trees were cut with a handsaw.

She said the Fairview Street incident alone would cost ratepayers about $2000.

“It’s appalling that there are people in our community who feel the need to inflict this sort of vandalism on trees and property,” Cr Gibson said.