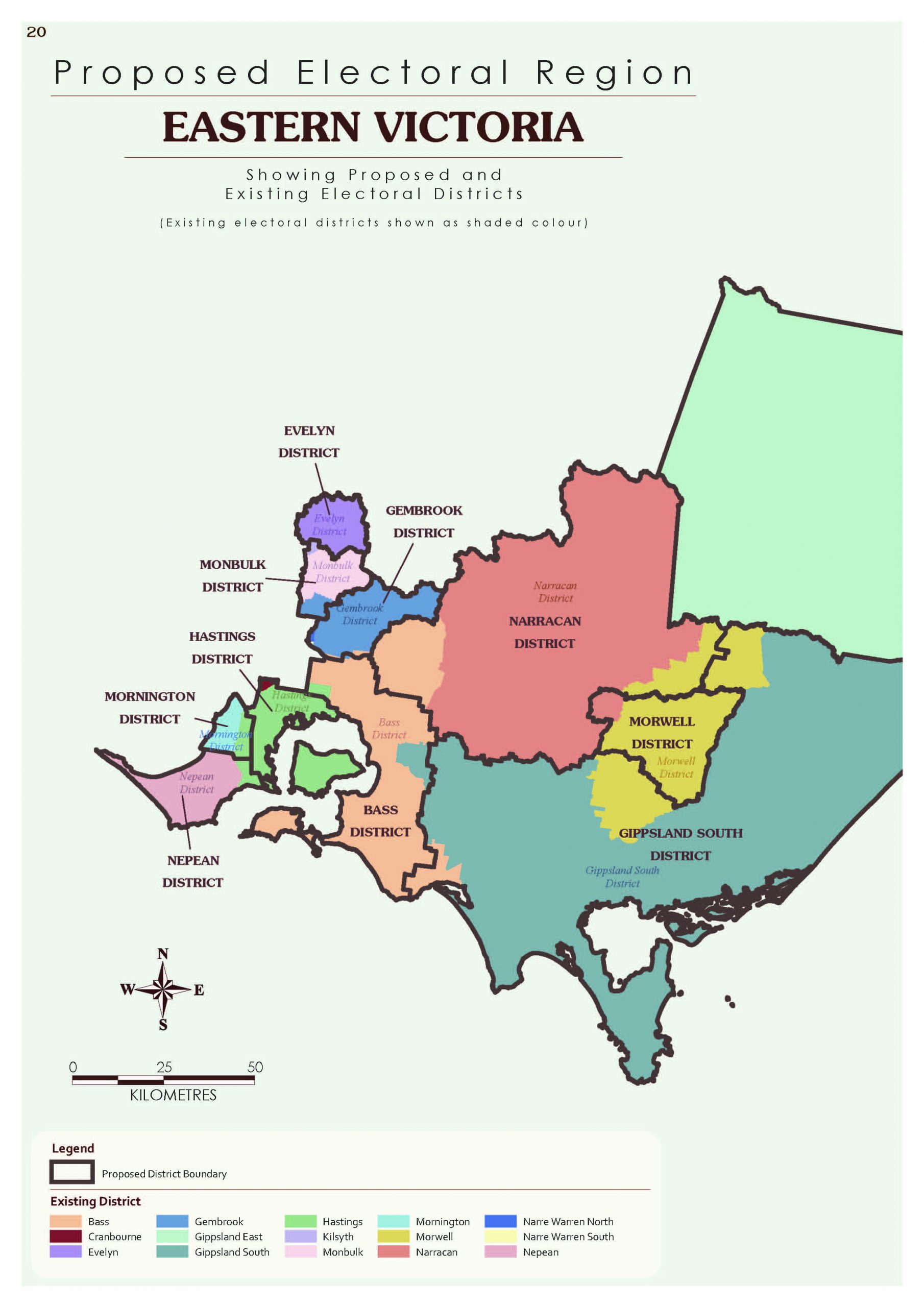 The state seat of Morwell will be re-shaped to encompass Latrobe Valley’s three major towns if proposed changes to electoral boundaries are adopted.

As part of Electoral Boundaries Commission recommendations released on Thursday, Moe and Newborough would no longer sit within the Narracan electorate, rather they would be lumped in the same district as Morwell and Traralgon.

While the Australian Labor Party is yet to lodge a formal opinion on the recommendations, the changes could be the boost the party needs to re-claim the seat of Morwell.

The seat would still include Churchill and Traralgon South, but it would be stripped of the smaller communities of Boolarra and Yinnar, along with towns north of the Latrobe River including Tyers, Glengarry and Toongabbie.

Yallourn North, which is currently split by two electorates, would fall entirely within Narracan.

The major changes to the Morwell electorate could see it re-named either the seat of ‘Latrobe Valley’ or ‘Gippsland Central’.

Former Labor Member for Morwell Brendan Jenkins, whose loss to The Nationals’ Russell Northe in 2006 ended Labor’s 36-year reign, said there was “no doubt” the changes would make Morwell a “much more winnable seat for Labor”.

However, Mr Jenkins said the proposal also sent a concerning message about the Latrobe Valley’s growth.

“While large portions of the state are growing, we’re still comparatively contracting; if we hadn’t been contracting (the Morwell boundaries) would have stayed the same,” Mr Jenkins said.

“This (recommendation) is the most stark recognition of that.”

The boundaries review aims to address changes in population across the state to ensure communities are equally represented.

The number of electors in the seat of Morwell is currently 5.9 per cent below the state average, while Narracan is 5.59 per cent above.

If the changes are adopted, Morwell’s figures would rise to six per cent above the average and Narracan’s would fall 1.83 per cent below.

“They expect Narracan to experience growth, whereas the Latrobe Valley may be more stagnant,” sitting member for Morwell Russell Northe said.

Toongabbie, Glengarry, Cowwarr and Tyers would become part of the Narracan electorate under the proposal and Boolarra and Yinnar would be included in Gippsland South.

Mr Northe acknowledged the changes could work in Labor’s favour, but could not be drawn into further speculation.

He said he would be disappointed to lose almost all of the smaller communities in his electorate.

“I’ve always loved working with the people at Tyers, Toongabbie, Glengarry Boolarra and Yinnar; you do build relationships with the community and from that perspective it would be disappointing,” he said.

However, Mr Northe said he would be happy to represent Moe and Newborough residents.

The commission’s recommendations are a stark contrast to The Nationals’ submission to the review, which proposed the Morwell electorate be extended south to include Mirboo North.

“As a party, we’ve got some concerns across other boundaries as well and we’ll be closely looking at all the detail through this draft,” Mr Northe said.

The proposed changes can be downloaded from www.ebc.vic.gov.au or viewed at local council offices.

Submissions to the proposal can be made until 29 July.

A final decision will be made in October and the changes will take effect from the 2014 state election.