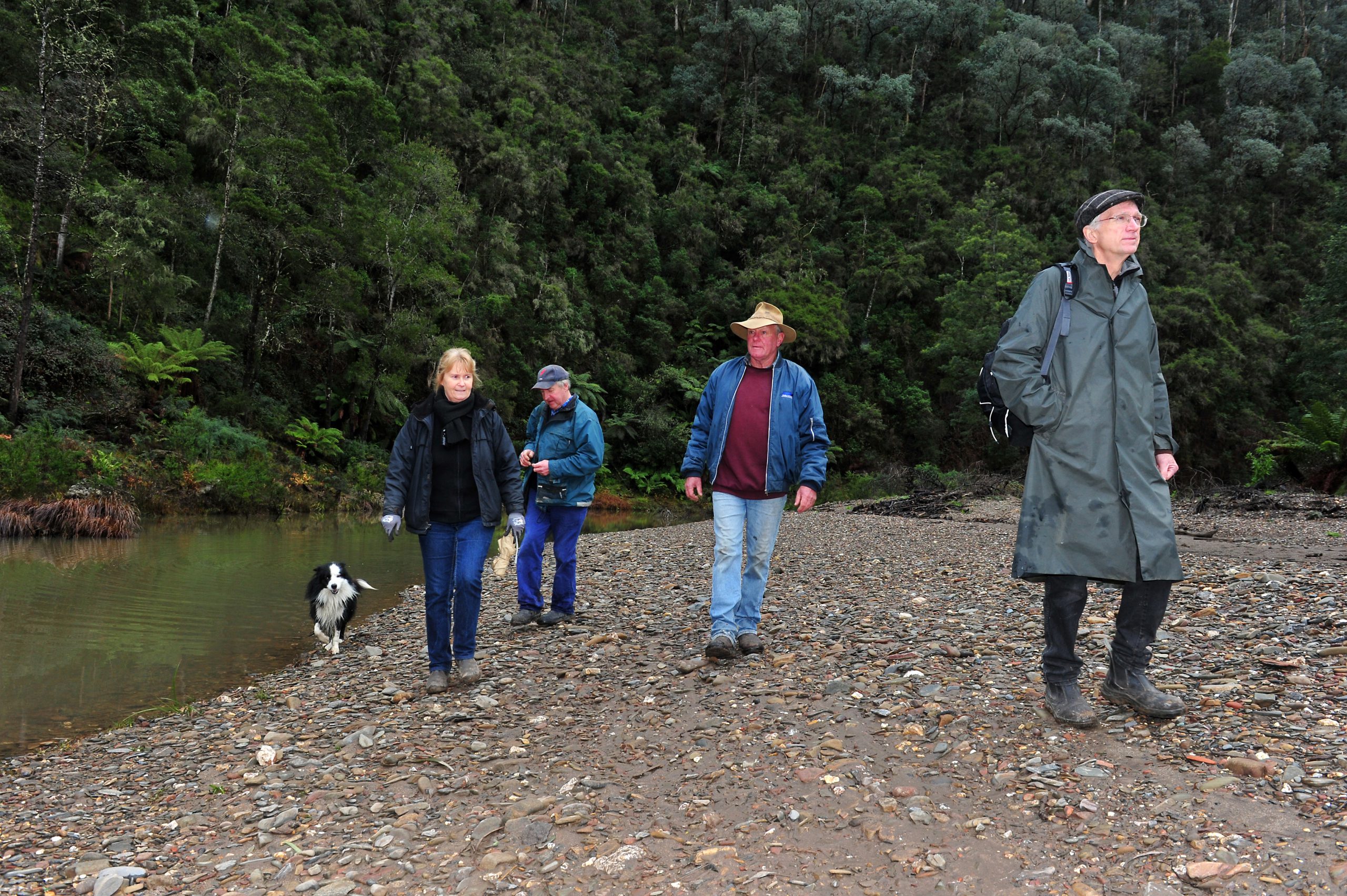 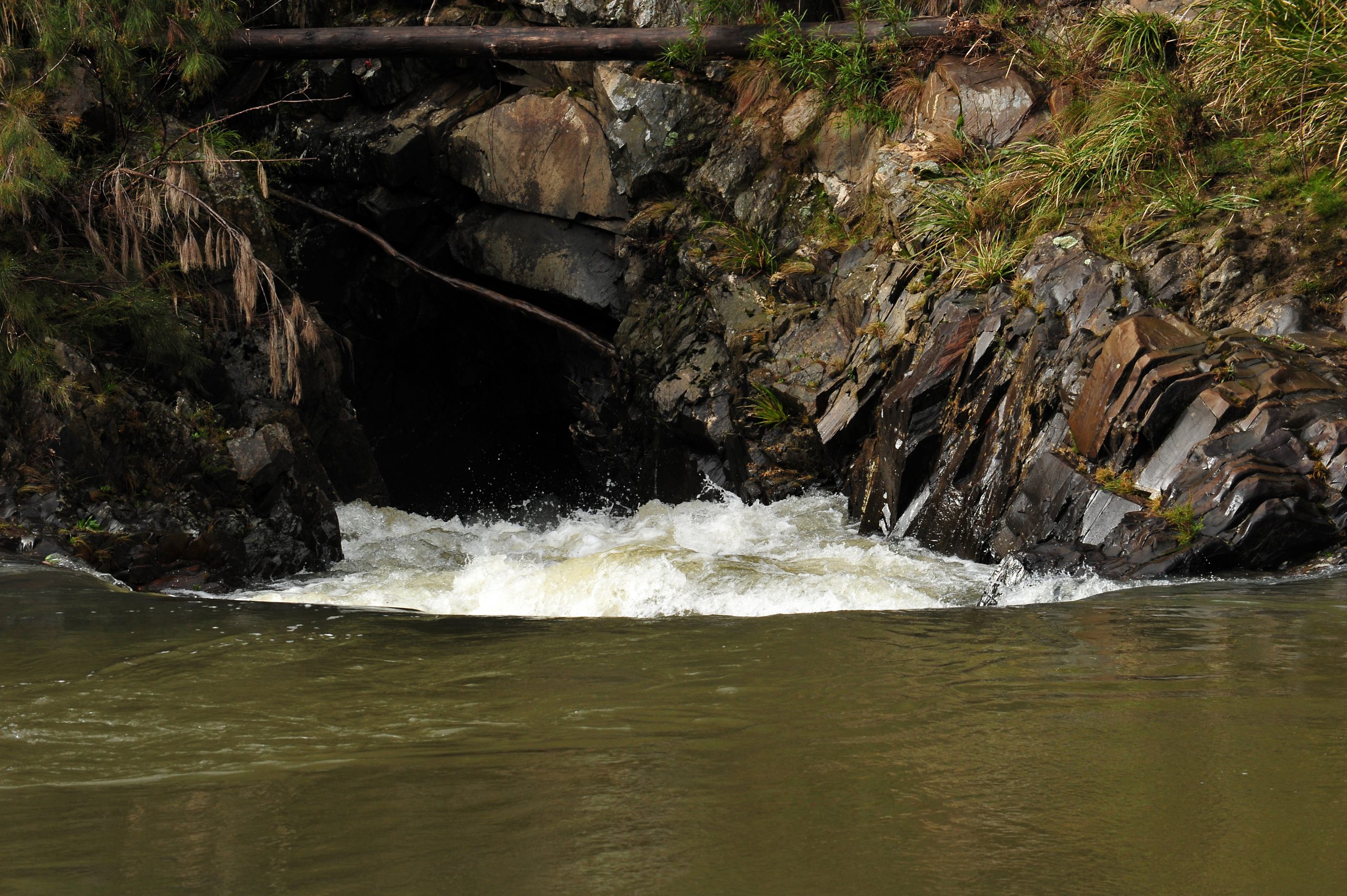 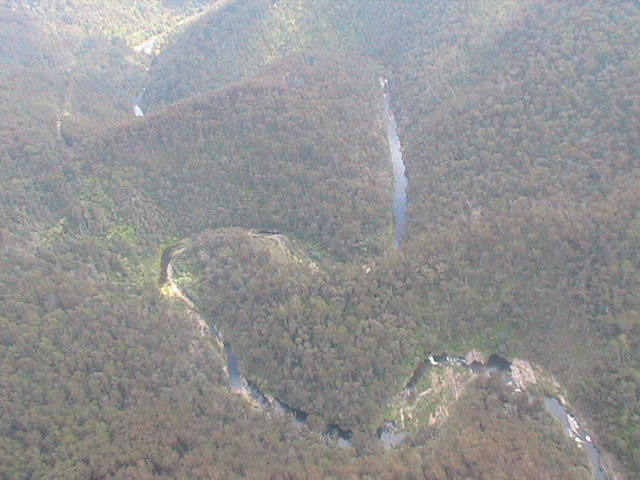 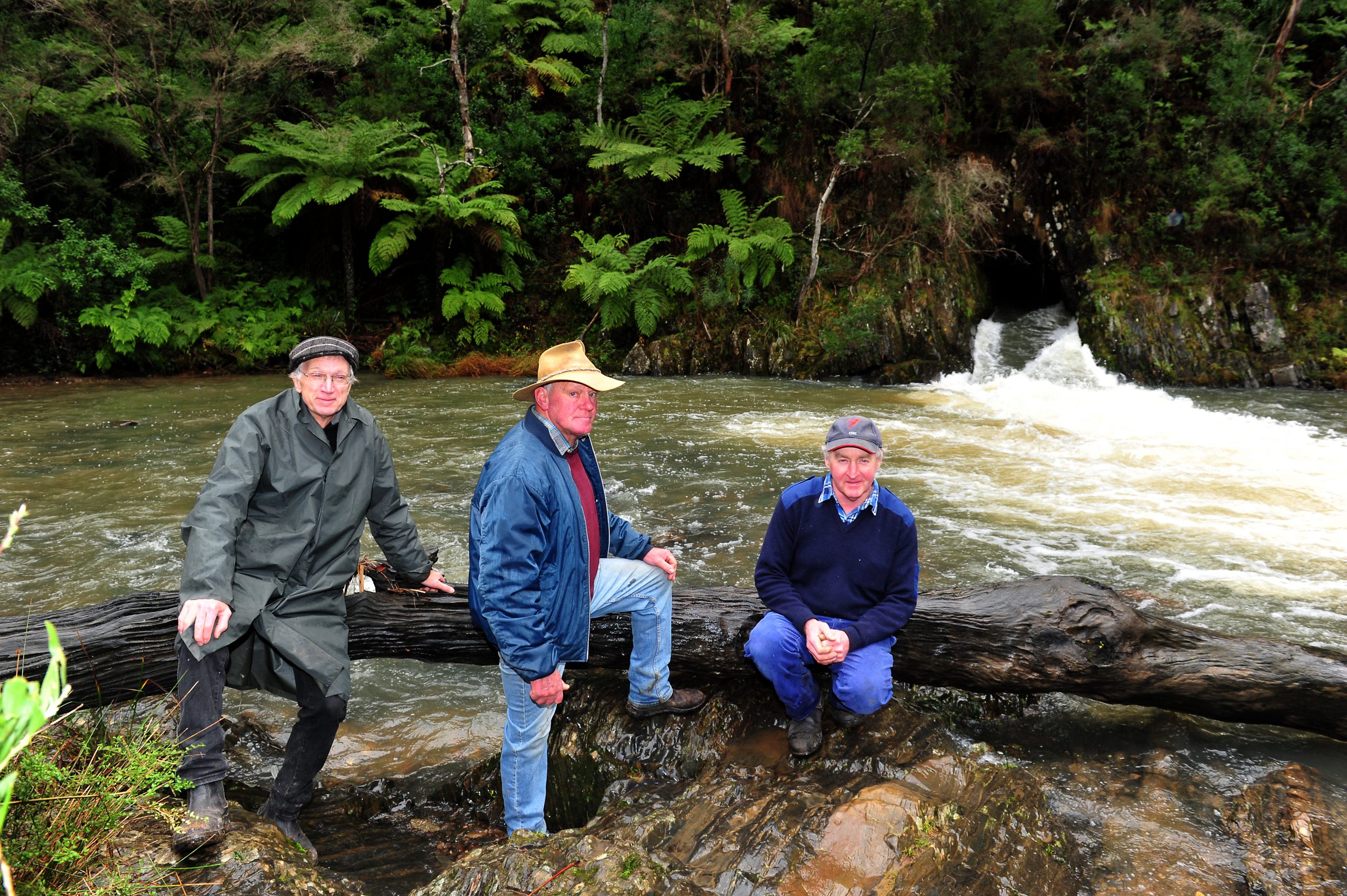 The Friends of Horseshoe Bend Tunnel are leading a new campaign for the preservation of the tunnel’s surrounds. Volunteers guided journalist STEPHANIE CHARALAMBOUS and photographer BRYAN PETTS-JONES into the mountain rivers region on Tuesday.

In the view of the Friends of Horseshoe Bend Tunnel, one is only qualified to talk about the historic landmark when they have seen it with their own eyes.

It’s this philosophy the group has used to discredit government officials who have the power to decide the site’s future.

Now, the volunteers are attempting to attract as many people to the area as possible, so they can gain a first-hand understanding of its significance and join the fight to preserve it.

Near Walhalla, the Thomson River forms a horseshoe-shaped bend.

A 220 metre-long tunnel runs under the bend’s spur, redirecting flows from one section of the river to the other, bypassing the river’s curve, where gold prospectors could pan in shallow waters.

The exposed, pebble river bed around the curve has become a paradise for fossickers, where remnants of gold rush paraphernalia come to rest after each flood event.

On Tuesday morning, we found a piece of glass believed to date back to the 1870s, small shards of crockery and a railway sleeper.

The gold nugget, however, eluded us.

For the Friends group, this area is as historically significant as the tunnel itself.

As the curve continues, the river deepens and the tunnel’s inlet is heard before it’s seen.

Finally, a sandy beach emerges, a comfortable viewing platform for the beginning of the tunnel where the water rushes to.

“Just seeing the look on people’s face when they see it for the first time, you can see them in awe,” Friends of Horseshoe Bend Tunnel’s Terry Lowater said.

“It’s just so good to share it with them and show the story.”

The heritage listed Horseshoe Bend Tunnel was commenced in 1911 as part of gold mining operations in the mountain rivers region.

“They’d dig a hole through the mountain or spur to drain that part of the river bed.”

The tunnel was dug from the bottom up and took more than a year to construct.

“One of the most significant things we found was the old timers only got one foot a day when they were mining and it was incredibly hard work and they wheeled it out in a little trolley.

“When they got to the end part they actually blew the last part out.”

Mr Lowater said the landmark was the longest surviving tunnel of its kind in Victoria.

In 2002 The Friends of Horseshoe Bend Tunnel successfully campaigned against plans by the West Gippsland Catchment Management Authority to close the tunnel.

Now, the authority is in the process of planning to restore water flows to the Horseshoe bend section of the Thomson River, to provide safe passage for native, migratory fish including the threatened Australian Greyling.

While the Friends said they didn’t oppose a fishway altogether, they did not approve of aspects of the detailed design of the project, revealed by the authority last week.

Mr Lowater fears plans to build a walking path along the outside of the bend will pose a safety risk, as it would place tourists directly below a steep cliff face and section of the Walhalla rail trail.

An existing path, created by the Friends hugs the inside of the bend, but requires visitors to cross the mostly-drained river bed.

“WGCMA is saying it’s not safe for us to take people across the river but it’s safe to take them under the rail line,” Mr Lowater said.

“What if rocks fall when we’ve got 30 school kids coming through?”

Mr Lowater also fears rocks removed from the river as part of the fishway’s construction will be permanently dumped on the pebble banks of the bend, damaging its beauty.

WGCMA chief executive Martin Fuller said community input had greatly influenced the final design of the project and the authority had consulted with a range of stakeholders, including the Friends.

“We recognise this area is much loved by many and respect its heritage site status,” Mr Fuller said.

He said the authority would follow up on issues raised by the Friends group.