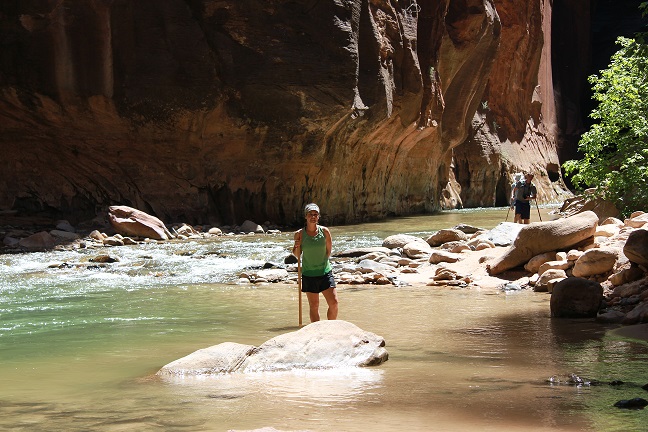 A former Morwell woman will make a gruelling 900 kilometre trek through steep tropical Borneo rainforest next month, to draw attention to the plight of its threatened orangutan population.

Dedicating her life to conservation since leaving the Valley, Casey Murtagh, 32, will join six enthusiastic global activists on the 24-day Trans Borneo Challenge on 16 August, to raise funds for local orangutan species, devastated by decades of widespread tropical forest clearfelling.

And with $10,900 of her $15,000 target already raised as of last week, Casey said she was overwhelmed by the flood of support she had received from more than 150 Latrobe Valley donors.

“I’m pretty pumped about the whole thing – there’s only four weeks to go now, and now that I’m so close to reaching my target, I never knew I was going to get this much,” Casey said.

“Everyone is getting behind me – family and friends from the Latrobe Valley, work colleagues – it’s been really quite humbling… there are definitely much more (sponsors) from (the Valley) than I had first anticipated.”

With only three weeks until the trek’s launch, which will see the group endure 90 per cent daily humidity, heavy downpours, and steep jungle terrain, the last few months of Casey’s life have been largely consumed by physical and mental preparation.

“I don’t think anything can really prepare me for what I’m in store for, but I am doing my best; just mentally prepping to be able to face that sort of stuff every day,” she said.

“I’m going to be exposed to large areas of forest taken out by palm oil plantations, through some large reserves and national parks, but also a lot of unprotected areas where we are likely to see orangutans caught in snares.”

With the threat of ever-expanding palm oil plantations, and deforestation felling 300 soccer fields worth of forest every hour, combined with general deforestation and the illegal pet trade, the extinction of Sumatran orangutans is expected in the next 10 years.

Ms Murtagh said palm oil was also major issue in Australia, where she said many companies refusing to label it in their food, cosmetic, and hygiene products.

“We as the consumer are unknowingly aiding the destruction of forests in Borneo,” she said.

Despite the challenge that lay ahead, Ms Murtagh said every dollar raised by her effort will make a lasting impact on the ground in Borneo, something she saw first hand in conservations camps on a placement in Borneo last year.

“When I worked over there, I just could see the value of raising funds in Australia and see how far that money could really go on the ground, and on top of that, I just fell in love with the life there; it’s one of the biodiversity hotspots of the world,” she said.

“I think this is going to be my life’s work; once you are kind of in it and can see what difference the money can make, you can’t walk away,” she said.

“I’m not going to lie though, it’s been a lot of hard work; I’ve had to spend a lot of time writing emails and letters, (and) for every 100 emails, you might only get one that says ‘yes’, but it’s worth every hour spent.”

For more information, or for those wishing to sponsor Ms Murtagh’s gruelling trek, visit www.orangutanodysseys.com/tbc