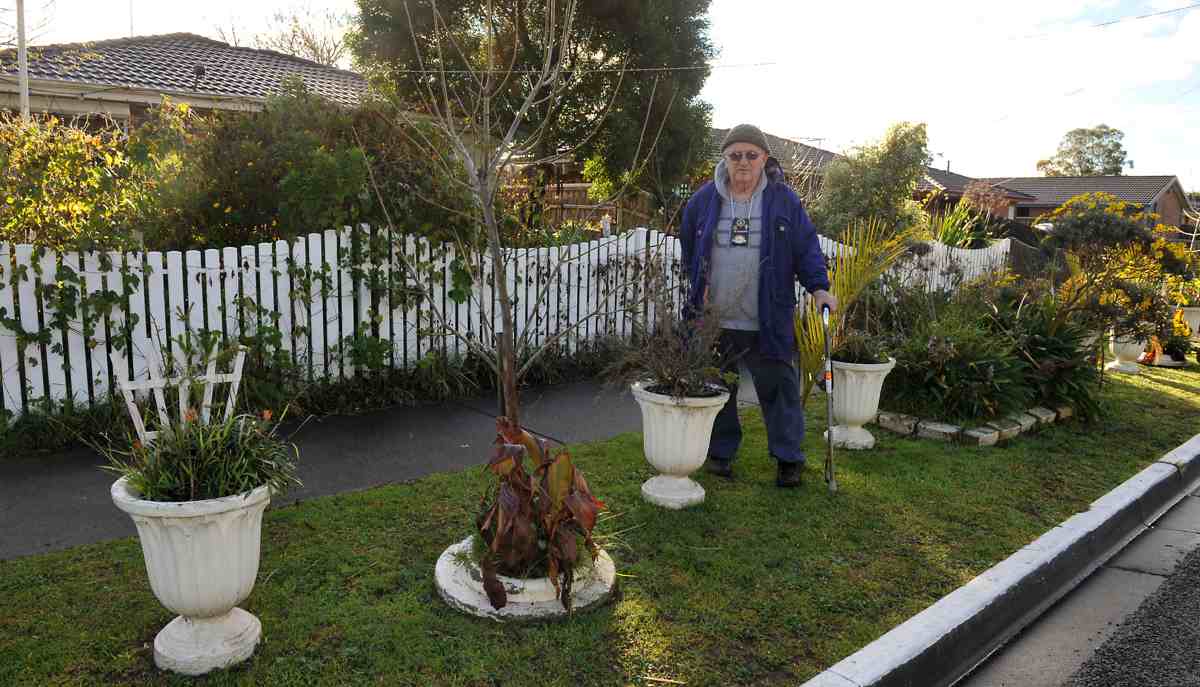 A national gardening personality has stepped in to bat for an ailing Morwell man, who had been ordered to remove his nature strip garden by Latrobe City Council by today.

In a call out to his Facebook followers earlier this week, Australian conservationist Jerry Coleby-Williams, a presenter on ABC television’s Gardening Australia, posted a public letter addressed to Latrobe City mayor Sandy Kam, calling for her to intervene on the matter.

Colin Bermingham, 69, vowed in an article published in Monday’s Express to resist a renewed seven-day order to remove street-side pot plants and bushes from in front of his property, which were installed without a permit some years ago.

The article attracted a large response on The Express’ Facebook page, with the majority of readers coming out in support of Mr Bermingham’s stand.

“I’ve been staggered by the amount of support I’ve gotten; I couldn’t believe it, it’s just incredible how this is growing, and to get a phone call at six in the morning (yesterday) from A Current Affair about the issue was surprising,” Mr Bermingham said.

“But I was absolutely chuffed when I saw (Mr Coleby-Williams’) letter; to think that someone else has done something on my behalf like that, I don’t know how to ever say thank you.”

In his letter, Mr Coleby-Williams said he was “very upset” to hear council was persisting with orders for Mr Bermingham to remove his nature strip plants, calling on Cr Kam to take a more encouraging approach to street-scape gardening.

“Take a deep breath and instead of hurting good gardeners who are making your council a greener, cleaner, healthier and more pleasant place to live, help Mr Bermingham enjoy a long and fruitful gardening life,” Mr Coleby-Williams wrote.

“Sometimes saying ‘yes’ and ‘how can we help?’ can build a better community. Issuing a permit for his nature strip is easy – it’s just a piece of paper.”

“We have empathy for his situation and we commend him for his passion for gardening. However, it is also important to understand that we do have a duty to investigate complaints and where hazards are identified take action,” Mr Elder said.

“As such we are still working towards a solution that satisfies both Mr Bermingham and the complainant.

“As the issue has been going on for three years now I think it is clear that we have taken, and are continuing to take, every action possible to ensure an outcome that makes everyone happy.”

However Mr Bermingham said he received a call from Latrobe City on Tuesday informing him he would not be able to apply for a retrospective permit.

“I’m going to stand my ground over this, and leave it there as long as I possibly can, and even though it’s not looking good, it’s nice to know that I’ve got that support out there.”

Mr Bermingham said a pile of mattresses which had been sitting for six months on a neighbouring nature strip, mentioned in Monday’s article, were removed on Tuesday.