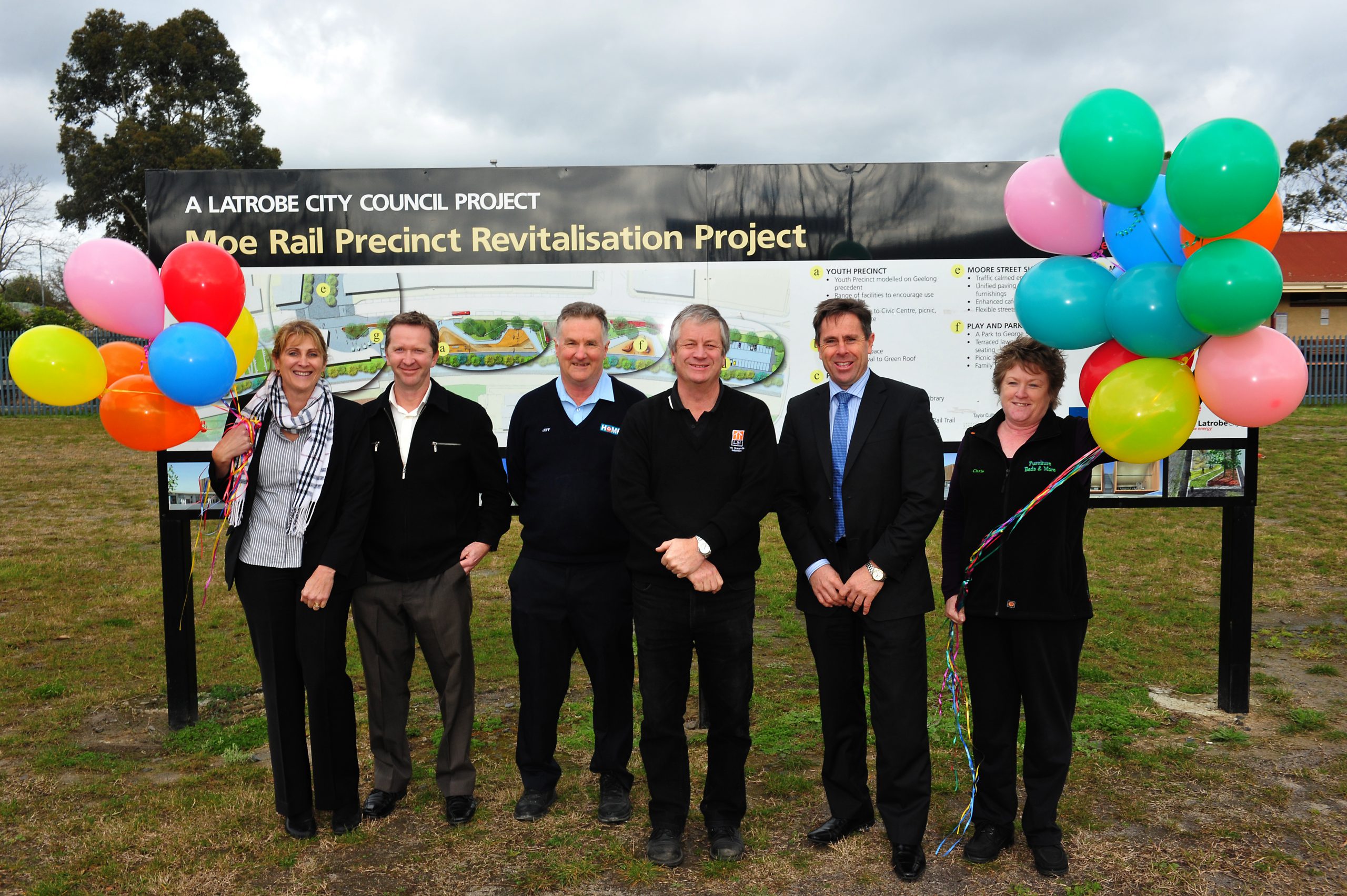 It was a proposal dogged by disagreement and delay, but Moe community leaders have finally been given the assurance they need to know the town’s railway revitalisation project will go ahead.

A $7.5 million allocation by the Federal Government, announced today by Regional Services Minister Catherine King, will enable the first stage of the project, including construction of a new civic hub, to commence this financial year.

“We can now say with pride that Moe is truly on the move,” Moe Traders Association president Christine Waterhouse said.

“Moe has been under-utilised for a long time and this will be the core project that gives confidence to investors wanting to spend money in Moe.

“The flow-on effect this will have, not only to businesses but the whole Moe community, will be enormous.”

The funds will be given to Latrobe City Council to construct the civic building, including a new library along the south side of George Street.

Stage one of the rail revitalisation is expected to cost a total of $14.3 million.

Council plans to borrow $2 million this year, but is counting on the State Government to pledge the difference.

“We continue to have fruitful discussions with the State Government in relation to a contribution from them and we would be hopeful of a positive announcement in the very near future,” Mr Buckley said.

Stage two of the project would include construction of a skate park and youth precinct on the railway precinct, parkland, and a new car park, along with a shared zone for Moore Street.

Committee for Moe president Manny Gelagotis said the funding would go “a long way to finalising the dreams of many local community people”.

“This project is for the future, for the young community,” Mr Gelagotis said.

“They deserve to have something to hang their hat on.”

Latrobe City Council began planning for the town centre’s revitalisation in 2007 and in 2009 adopted a master plan for changes to the railway precinct.

Some community members opposed aspects of the plan, including the relocation of the library from Kirk Street.

Last December, the newly-elected council called a review into the project, a decision which drew opposition from thousands of residents.

Following a fierce community campaign, council voted in March to allow the project to go ahead, without change.