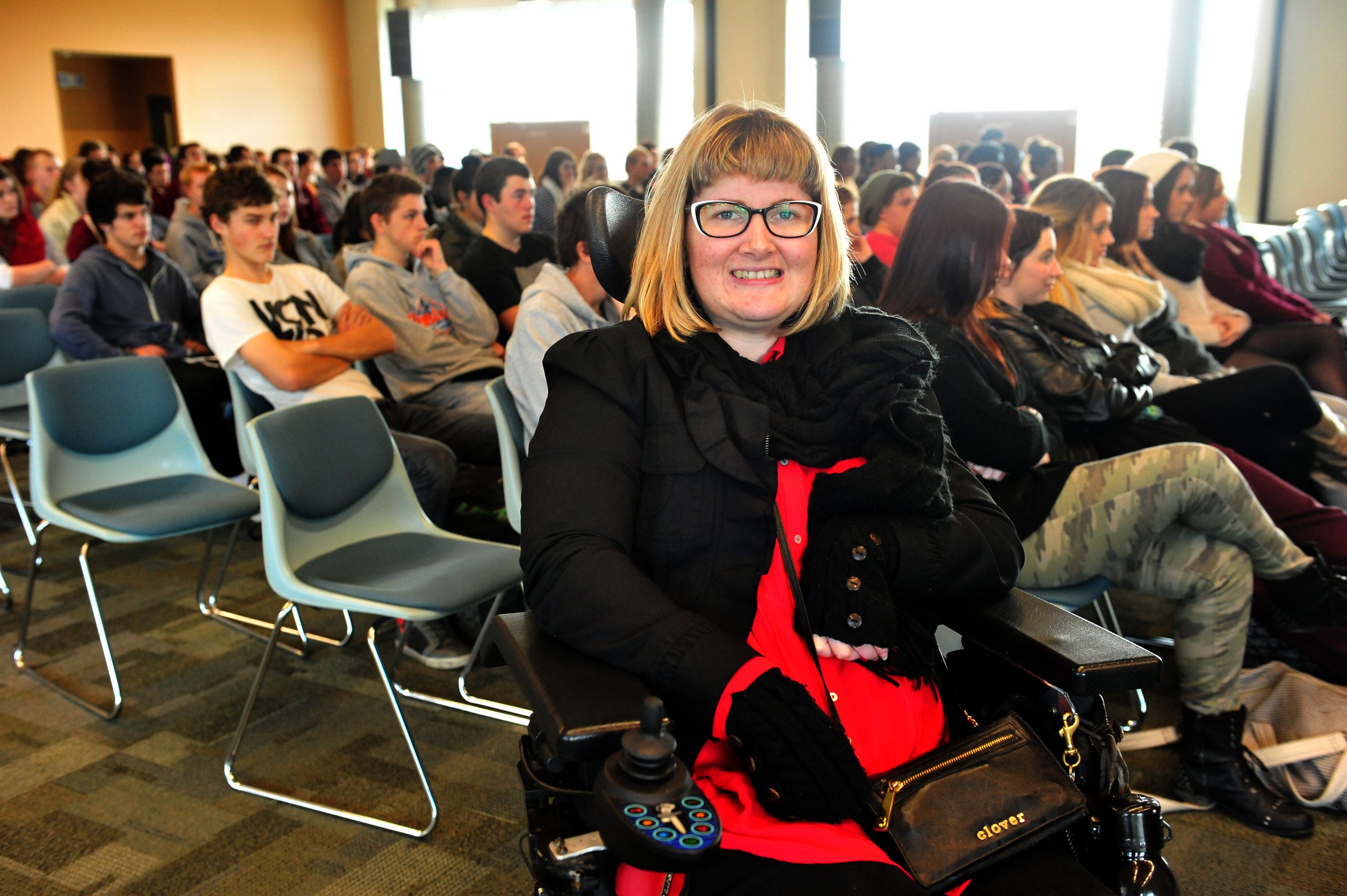 EFFORTS to overcome Latrobe Valley’s well documented battle with domestic violence were stepped up across several domains this week.

In a move to equip its senior students with more than an “end of year 12 score”, Kurnai College tackled the “real and raw issue” in a confronting but reportedly effective way on Tuesday through the life story of violence victim Angela Barker.

Across three sessions, Kurnai’s year 10 to 12 students were introduced to Angela, a 26 year-old brutally bashed to near death by a former partner 11 years ago. Angela remains wheelchair bound and dependent on the constant care of her parents.

Students were left visibly shaken by a video of Angela’s story, ‘ Loves Me, Loves Me Not’, funded as part of the Federal Government campaign ‘Violence Against Women, Australia Says No’, before asking questions of her parents Ian and Helen.

Kurnai precinct manager David Shields said the school’s recognition of family violence as one of the Valley’s key areas of disadvantage led it to approaching the Barker family.

He said some students had been counselled after the event and fellow teacher Kara Thompson acknowledged, with the problem so widespread in the Valley, it would inevitably be part of some students’ lived reality.

Data supports that view with the most recent Latrobe Police Service Area figures showing there had been an 18.4 per cent increase in ‘crimes against the person’, per 100,000 population, from 31 March 2012 until 31 March 2013.

Latrobe has the state’s highest rates of these crimes, more commonly referred to as family violence incidences, with figures much higher than those recorded in more heavily populated regions, including Geelong.

This week Mrs Barker’s message, after years of round-the-clock caring for her daughter, was direct and simple.

“We don’t (tell Angela’s story) to upset people but we want you to be aware, to look after yourselves when you get into relationships and, boys, look after yourselves too,” she said, urging the male students present to walk away from conflict or risk living out their lives in nursing homes after “one punch” gone wrong.

Mrs Barker told students domestic violence was the leading cause of injury, illness and death in women aged between 15 and 44 years in Victoria, affecting one in three women.

She said drug and alcohol abuse was no excuse for violence, adding “we all know right from wrong”.

Monash University Gippsland lecturer Dr Chris Laming has spearheaded multiple gender-based violence initiatives and insisted it was vital “every male bystander challenges men’s abuse when they see it or hear it”.

Speaking to The Express yesterday he said “men do violence because their mates let them,” adding “a strong justice response matters but the mates matter more”.

Referring to a stance by high-profile men in the media over past weeks supporting the cause to end violence against women, Dr Laming said while that was important, the White Ribbon “not violent, not silent” campaign applied to all men.

In the past week Quantum Support Services chief executive Alan Wilson, a local White Ribbon ambassador, joined the chorus of male voices calling on men to “reflect on their own behaviours and attitudes towards women” and challenge the so-called “cultural norms that devalue women”.

Federal Member for Gippsland Darren Chester, another White Ribbon Ambassador, lent his support to the cause, saying “we need to be telling our sons about healthy relationships and how to respect girls and women… violence against women is never acceptable”.

The message is, however, perhaps best delivered by those whose lives have been irreversibly impacted.

In the movie graphically detailing the fate of his then athletic, attractive 16 year-old daughter, Ian Barker said “I can’t handle what happened to my girl that night”.

This week in the Valley he continued his fight to protect other people’s girls, with Angela by his side.