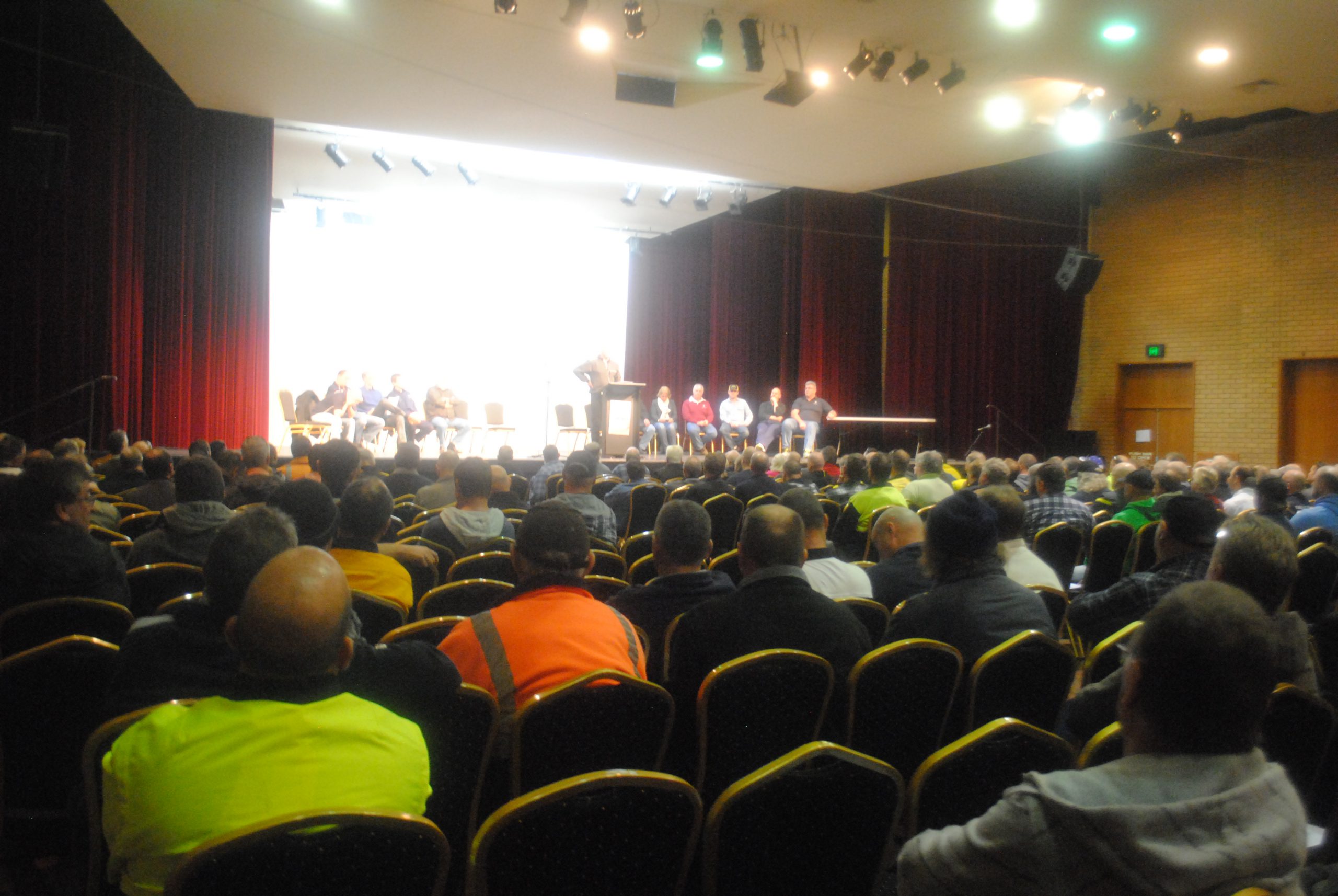 The year-long industrial stoush at Yallourn power station will spill onto the streets of Melbourne this week, with hundreds of workers expected to march to EnergyAustralia headquarters in support of locked out operators.

In an attack on the power station owner and operator’s corporate brand, the locked out workers and their families will head in busloads to city on Friday, to be joined by Melbourne-based Construction Forestry Mining and Energy Union workers and other unions.

Outgoing CFMEU Victorian mining and energy division secretary Greg Hardy said the protest would call on the wider public to switch energy providers from EA, a significant player in the energy retail market.

“Their key business is in their retail side; so if we can convince people to change retailers because EnergyAustralia are poor corporate citizens – by locking out their own workers – we will hope to influence the company’s behaviour,” Mr Hardy said.

“It’s about taking their campaign into another realm and to put a wider spotlight on their corporate behaviour.”

In response, EnergyAustralia group director operations Michael Hutchinson said the CFMEU was more focused on causing financial damage to Yallourn than it was on negotiating an agreement.

“Action by the CFMEU has already harmed local jobs through the cancellation and deferral of maintenance work, and further action could impact future jobs,” Mr Hutchinson said.

“We want to reach a fair agreement as soon as practicable and have sought to resume conciliation, which is set for 21 August.”

The CFMEU said on Friday it was yet to receive a formal request to return to conciliation, however said it was equally committed to reach an agreement.

This week marks the eighth week 75 station operators and CFMEU members were locked out of the site, after operators commenced industrial generation bans, in attempt to force the company to agree to enterprise bargaining claims.

Friday’s planned rally comes after the CFMEU energy and mining division held a mass workforce meeting at Morwell’s Kernot Hall on Thursday afternoon, calling on Victoria-based power workers to sign up to the CFMEU’s $30 million national assistance fund, a union loan scheme for which the currently locked out operators are ineligible.

However the operators, locked out without pay, have been receiving CFMEU hardship loans in addition to funds from the Gippsland Trades and Labour Council ‘distress fund’, set up in the late 1970s to financially assist workers impacted by strikes and lockouts.

CFMEU mining and district president Luke van der Meulen, who will become the dispute’s lead negotiator as of 20 August, said he was “confused” by the approach taken by the four other unions representing maintenance workers throughout the industrial stoush, who appear to have gone to ground in recent months.

“We certainly don’t wont to create this as an inter-union dispute, but we are disappointed with the lack of response from other unions. Just because we take industrial action doesn’t mean they have to as well, but what we are arguing for is claims that will apply to their workers as well, and we are the only ones trying to pressure the company over the line,” Mr van der Meulen said.